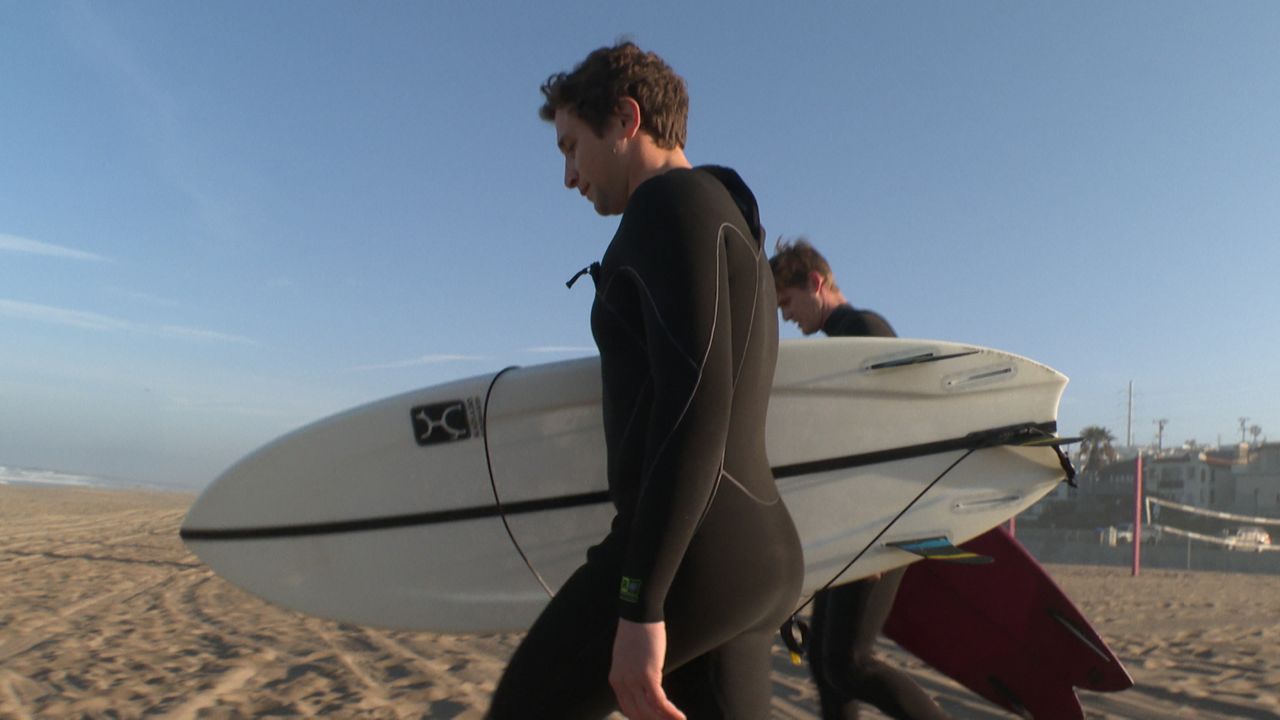 PLAYA DEL REY, Calif. -- It’s 7:30 in the morning and Zach Weisberg has scheduled a meeting with his colleague Dylan Heyden.

“Starting the day in the ocean," said Weisberg, "you can’t begin the day any better than that.”

Weisberg is the founder of The Inertia, a news and editorial website devoted to surfing and the outdoors. He and his associate editor aren’t working when they’re on the waves, but they say this is where they get some of their best ideas.

“Something about water and how it interacts with your brain chemistry is helpful," Weisberg said.

"Catching and riding waves…it’s just a nice break away from being on computers and the internet. It’s about as distant from that as possible.”

Weisberg worked for surfing publications before, but 10 years ago he decided to start his own, in part so that he could dive a little deeper into environmental news and issues.

“To exclusively indulge in the pleasures of the outdoor without having any awareness of the environment itself, it doesn’t make any sense," said Weisberg.

Especially since he’s experienced some of the issues related to ocean health first hand.

“When we go surf after it rains, we get sick," he explained. "Because pollution is going into the ocean. It’s not an abstract construct for us. It’s very real.”

He’s concerned about pollution, from runoff or plastics, but his biggest worry is the potential for an oil spill.

In 2015, The Inertia published photos showing the aftermath of the Refugio oil spill and those images have stayed with him.

“These waves breaking that are brown and yellow and just globs of…it’s really saddening."

He named his company The Inertia, he says, because "once you are in motion it’s hard to stop."

And he’s an object in motion, working with a number of organizations like the Business Alliance for Protecting the Pacific Coast and The Surfrider Foundation. He’s also dedicated to using the platform he created to spread the word about environmental issues to other surfers and outdoor enthusiasts.

“And to ensure people know that these are real issues that we need to be resolving," he said. "They’re not going to resolve themselves and this is the group of people that should theoretically care about it the most.”

Weisberg has no intention of stopping until they do.