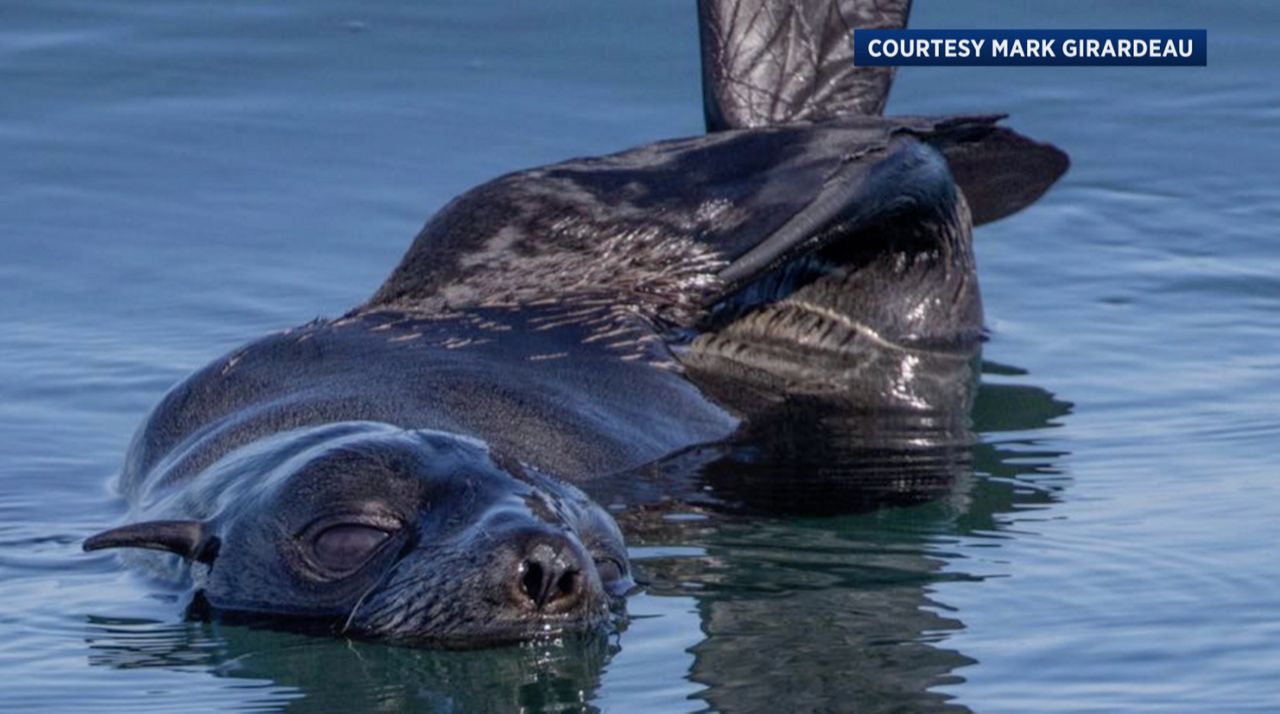 NEWPORT BEACH, Calif. - Mark Girardeau taught himself how to use a drone. He grew up near the water, fishing and whale watching with his dad.

He’s been a photographer for Newport Coastal Adventure for three years. This year he saw something on the job he’s never seen before.

He spotted at least two Guadalupe fur seals about three quarters of a mile off Newport Pier. Girardeau had never seen the species in Newport Beach before.

He only knew what he was looking at because he’d seen this kind of seal once years ago in Monterey Bay.

Commercial sealers nearly brought the Guadalupe fur seal to extinction in the early 1900s. They are listed as threatened under the Endangered Species Act and thanks to protection, their numbers are slowly climbing.

“It’s a sign I would like to think that the oceans are improving if we are starting to see more maybe they are coming back,” said Girardeau.

You never know what you’re going to see out on the water.

That mystery always keeps Girardeau coming back for more.