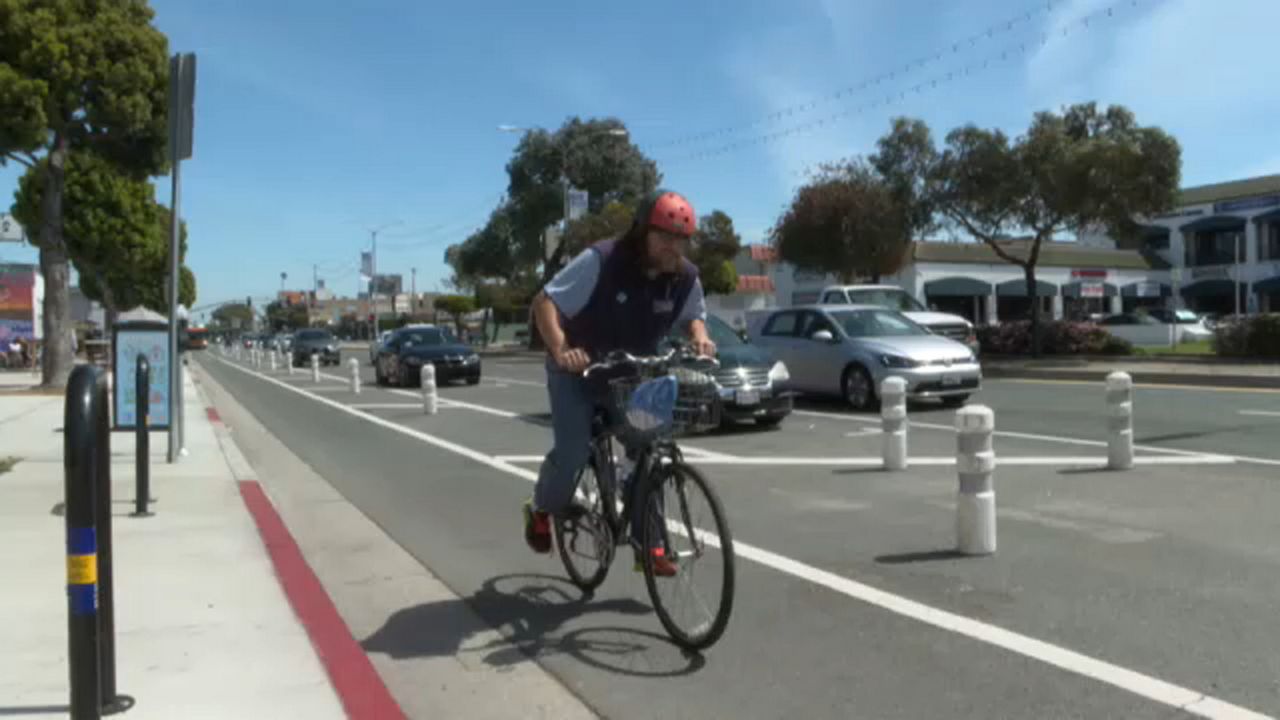 "I'm an activist type of person. I enjoy the community. I enjoy participating and trying to fix things," said Murez.

The latest issue he's turned his attention to is the Venice Boulevard Great Streets Project, specifically the road diet. Road diets have been a controversial topic all across Los Angeles. In nearby Playa del Rey a once permanent road diet was actually reversed.

Back on Venice Boulevard, Murez is one of many who disagree with the decision to make this once pilot program, permanent. Murez says it causes more traffic and is dangerous for bikers.

"You can tell by the bollards people don't follow the striping," he said.

The diet causes Venice to go from three lanes down to two and uses the third lane for parking, with the bike lane moved closer to the sidewalk.

Murez isn't the only one voicing his concerns. A lawsuit was filed by Mar Vista community members in opposition to the changes.

The Los Angeles Department of Transportation says the Great Streets pilot project was deemed successful and the data showed the project to be safe and an improvement for the community.

Councilman Mike Bonin is one of the project's supporters. In response to the fight against it, he tweeted that the city gave the community an opportunity to give feedback.

"Some of the most important data was not presented to the community to even have a voice about whether or not this road diet has been affective in what it was supposed to be doing," he said.

But Mar Vista resident, Damien Newton, says the community had enough time to comment. He remembers sitting in many meetings discussing the road diet. Newton also says the road diet and added crosswalks make Venice Boulevard feel more like a proper neighborhood, not just a busy street for cars.

He says many in the community wanted it this way.

"When you walk up and down the section now, you do see people out. You see more people at tables and more people walking on foot. By that measure, the project has been a success," said Newton.

There are many sides to this controversial issue, but right now there is no exact solution.

"I hope there are opportunities to make some changes as things go forward, but I would be really surprised if this lawsuit successfully forces a major change to the project at this point," says Newton.

Both parties will have to wait to see what response comes from the latest lawsuit.