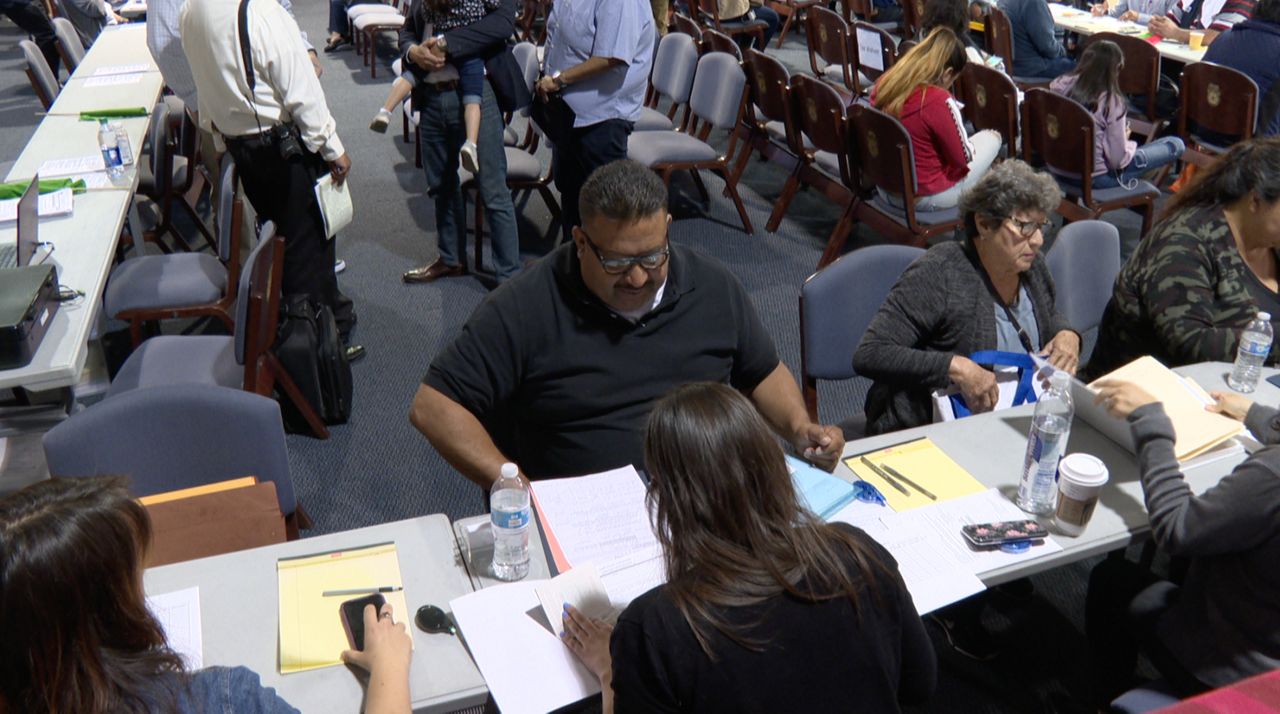 Teamsters Local 630 has about 7,000 members. They’re warehouse workers, truckers, and food service employees. Nearly 80 percent of the union is Hispanic.

Guillermo Flores’ wife is in the union. For years he has lived, worked, and paid taxes in the United States, thanks to a permanent resident status.

On Saturday, March 30 he took a major step toward U.S. citizenship because of Local 630. He submitted the N-400 Application for Naturalization.

One of his motivations is political. As a permanent resident Flores isn’t allowed to vote.

“The more people that could cast their votes and understand the laws or what’s going to go on in the future, I think it’s better for everybody,” said Flores.

Flores’ parents brought him straight to California from Mexico. He has two sons and he works for Los Angeles County. He has built a life in America.

There are many scams littering the path to American citizenship. The teamsters brought in professional immigration attorneys who check the paperwork.

“With this, the teamsters really helping us out here, it’s a lot easier,” said Flores.

It’s a lot of build up with an anticlimactic finish. At the end of the day Flores will mail off his papers, then he’ll wait to get an interview with U.S. Citizenship and Immigration Services.