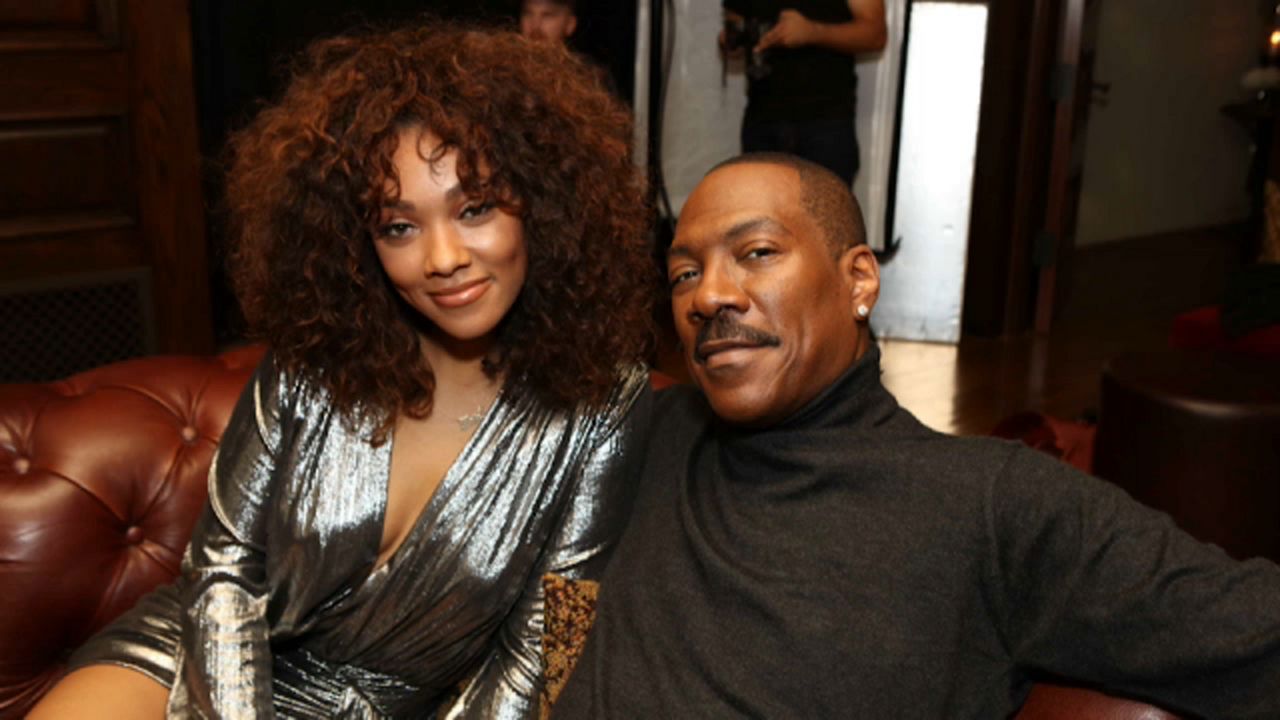 With each stroke of the paintbrush, Bria Murphy is looking to create a masterpiece, not just for painting, but in a new career built on her own.

“Working in art is definitely way for me to make my own independence,” Murphy said.

Murphy is the daughter of legendary actor and comedian Eddie Murphy, and for years she followed in her parents’ footsteps, acting and modeling. But she found it simply wasn’t for her.

“I just got so frustrated going on auditions and everything, because people thought they were gonna get a female version of Eddie Murphy. And I love and respect my dad, but like most people I can’t do what he does,” she said.

But now she is stepping out of her dad’s shadow, with her paintings specifically intended for the African American audience.

Her latest piece may look like just another "iced-out" rapper, but it’s much deeper than it seems. It focuses on the superficial culture in the black community.

“Beautiful black people showing off their gold and material objects, but that gold they're showing off is actually chains,” she said.

Meanwhile, Murphy is breaking her own chains of identity, with her paintings. She's planning her own exhibition by summer and eventually, wants to help start a non-profit. It’s all about creating her own professional path.

All while carrying the legacy of her famous last name.