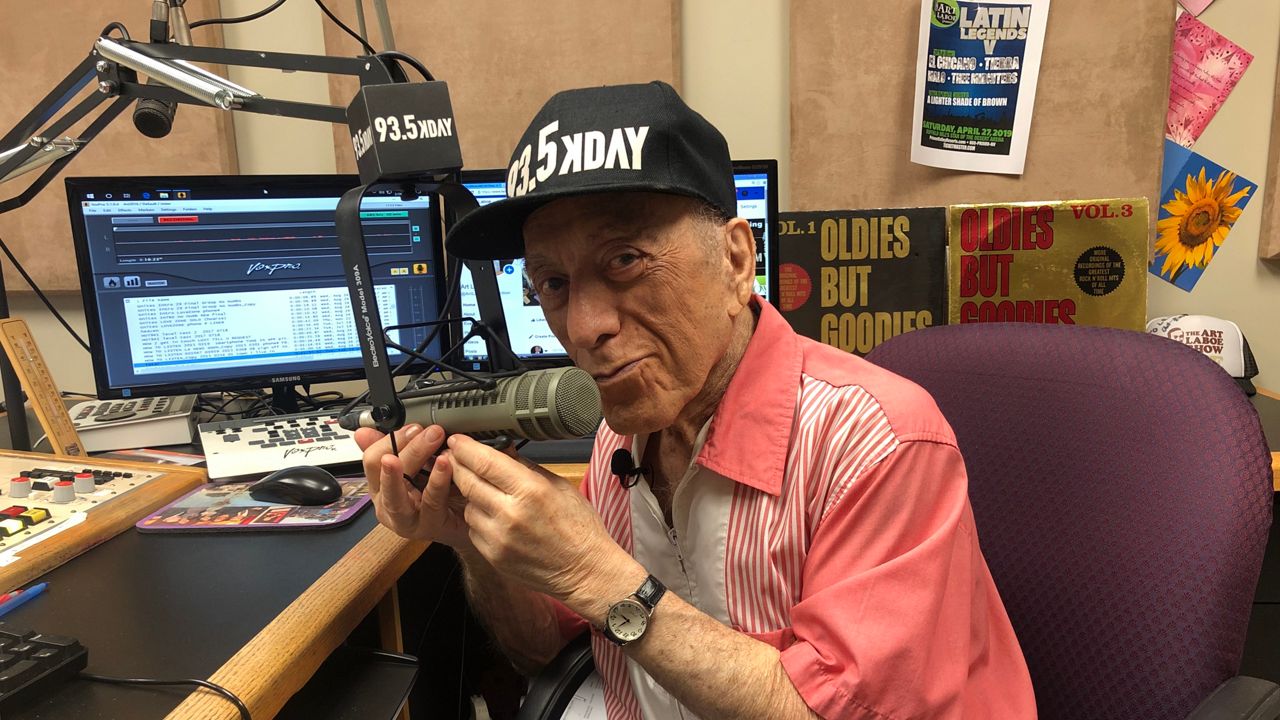 LOS ANGELES, CA – Art Laboe fell in love at the tender age of 8.

“I don’t know anybody else that feels that way at that age,” said Laboe.

Laboe was living in Salt Lake City, Utah, with his mom and siblings when his sister who was living out in Los Angeles sent him a radio.

“It’s vivid in my mind and I would sit there like this. Looking at the grate of the radio. It was so big,” said Laboe.

Fast forward to a decade later when Laboe uttered his first words on KSAN Radio in San Francisco when he was just 18 years old. Laboe hasn’t stopped working since.

Now at age 93, Laboe is celebrating 75 years of soothing listeners with his baritone voice and passion for music on radio airwaves. His syndicated show called “The Art Laboe Connection” plays every Sunday at 13 different radio stations where listeners can call in or write a letter to dedicate a song to a loved one.

“I don’t know what that’s like, but it must be quite a thrill someone that’s been parted from the one they love for a long time and now all of a sudden they can speak and be heard on the other end,” said Laboe.

He keeps a box filled of handwritten letters he receives every several weeks in a room next to his recording room. The letters are written by people from all over the country.

“I figure I know them all and they all know me. Whether it’s true or not, but I mean it takes something to motivate someone to write,” said Laboe.

His listeners span from all ages, backgrounds, and multiple generations within families. Laboe recalls connecting with a former inmate to hear his daughter’s first words while he served time in prison.

“It was a real emotional experience when the first words to me from this little girl is ‘I love you, daddy,’” said Laboe.

In connection with his radio show, Laboe hosts annual concerts throughout California, Nevada and Arizona. His next concert is called Latin Legends 5 featuring artists like El Chicano, Tierra, Malo and Thee Midniters on April 27 at Primm Valley Casino Resorts’ Buffalo Bill’s Star of the Desert Arena. These concerts allow Laboe to meet his long-time fans and followers face-to-face.

Despite his legendary status, Laboe remains humble. He says he still got love for radio and its power to bring people from all walks of life together.

More information and tickets to his next concert here.