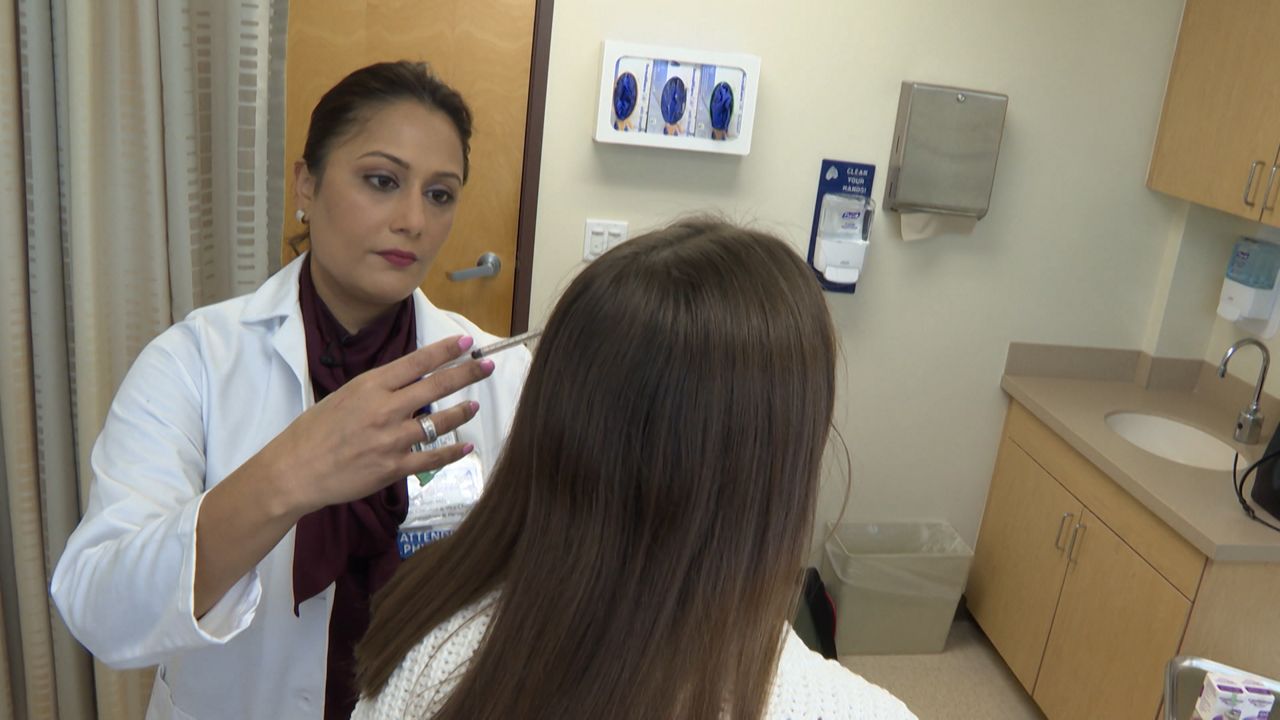 Botox Being Tested as Potential Treatment for Kids with Migraines

Most people have heard of Botox and how it can help with cosmetic things like wrinkles and laugh lines.

But at the University of California Irvine, a syringe full of the wrinkle-fighting serum is helping to improve the quality of life for kids suffering from chronic migraines.

The doctor uses between 150 to 200 units of Botox to treat Norris every few months. This is much more than what’s used for cosmetic treatments. Dr. Shah says only about five units of Botox are used to treat things like wrinkles.

The teen’s migraines cause pain so bad that Norris has missed weeks of schools, been admitted into emergency rooms multiple times, and been unable to play competitive club soccer, something she's done for years.

“It felt like my eyes were going to pop out of my head, kind of throbbing. Like a drum being beaten behind my eyes, and there’s just no stopping it,” said Norris, when asked to describe her migraines.

At first, doctors thought the pain had to do with Norris’ glaucoma. A CT (computerized tomography) scan showed everything was normal. But she says her life was anything but normal.

“Even doing little things like this (high knee drills) was impossible with the pain,” she said.

Impossible until doctors told Norris’ family about a clinical trial testing the effects of Botox on children’s migraines. Dr. Shah’s been leading the study at UC Irvine Health in Orange.

“So in adults, injecting Botox can prevent, it doesn’t treat, but prevent the occurrence of migraine. However, in kids it’s never been studied,” explained Dr. Shah.

In 2010 the FDA approved Botox treatment for adult chronic migraine. For the past few years, the doctor has been studying whether Botox can help kids like Norris who suffer from debilitating headaches. The clinical trial has included kids between 8 and 17 years old.

“So far we haven’t found any major adverse events. And overwhelmingly we have found that it’s positive for the indication of reducing how strong migraines are,” said the doctor.

Erin says for her Botox has been nothing short of a life changer.

“After my first treatment, I immediately felt so much better,” she said.

Before receiving Botox treatment, Norris says she got close to 20 migraines a month. But now, she has about two monthly.

The clinical trial will be going on a few more months at UC Irvine Health. Dr. Shah says the ultimate goal is to get FDA approval to use Botox to treat kids suffering from chronic migraines.