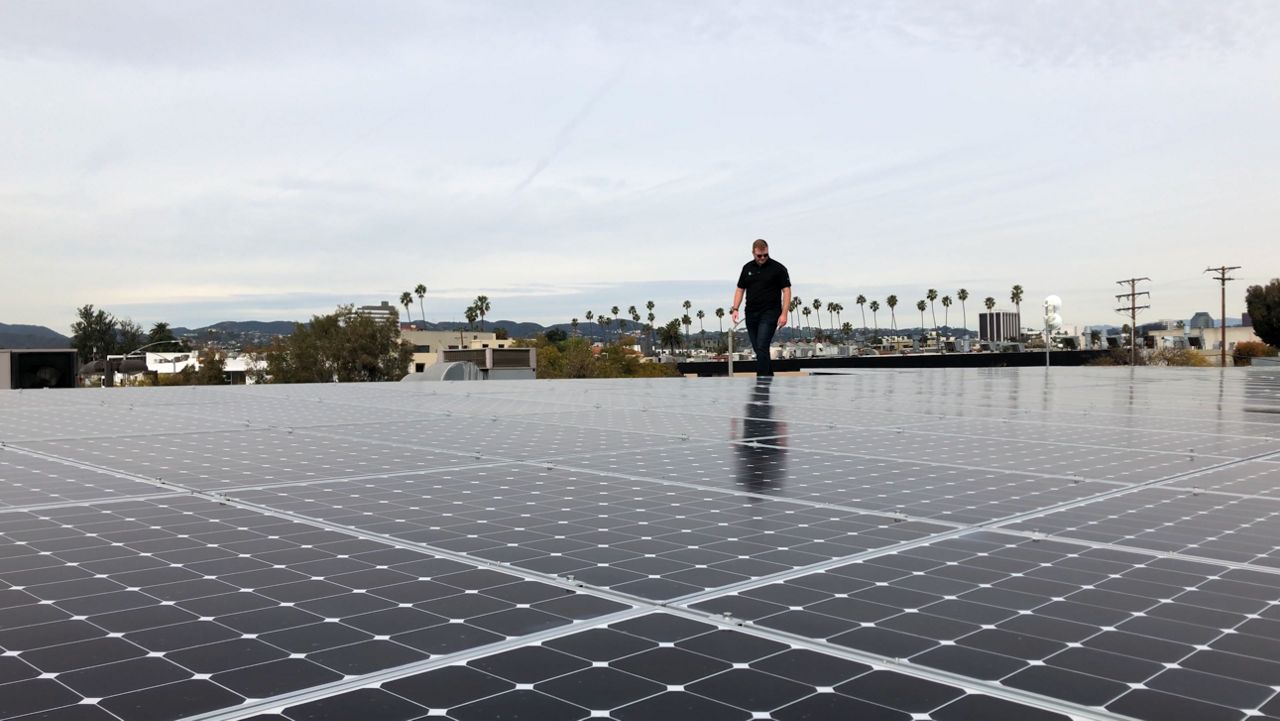 At a press conference on Tuesday, February 12th, Los Angeles Mayor Eric Garcetti announced that the city would ditch a plan to invest billions of dollars to remodel three coastal power plants. Instead, the city will move to transition the plants towards renewable forms of energy.

The announcement will help L.A. meet its target of being carbon-neutral by 2050. But it’s not just the city that’s making important changes. Local businesses and residents are too.

The owner of this 70-year-old business says it was time to make the change.

“I use electricity all day and the air conditioner too. So, I thought it was time to get into modern electricity with solar panels,” said John Bourget.

To do that, he hired Andrew Hoesly with Solar Forward, who told us about the panels.

“We installed a 70 kilowatt Sun Power system. These are utilizing Sun Power’s 360 watts panels, and the entire array offsets about 80 percent of the building’s electricity consumption.”

Hoesly also attended Garcetti’s press conference in which the Mayor announced the phase out of natural gas operations at three existing coastal plants.

“We are very excited about the push for green renewable energy,” said Hoesly.

The phase out means that 38 percent of the city’s natural gas portfolio will be transitioned to renewable forms of energy. To do that, the city will rely on public-private partnerships, transmission and distribution systems, microgrid technologies, and enhanced energy storage projects.

And although the announcement is a big step for the city and the region, as Bourget Brothers show us, this is already happening at a micro level.

“It matters to our children, I have seven of them, so it make a big difference to them and a lot of the things I think about is how they’re going to face reality when it comes about,” said Bourget.

In the end, Bourget hopes that his legacy will be bigger than his carbon footprint.