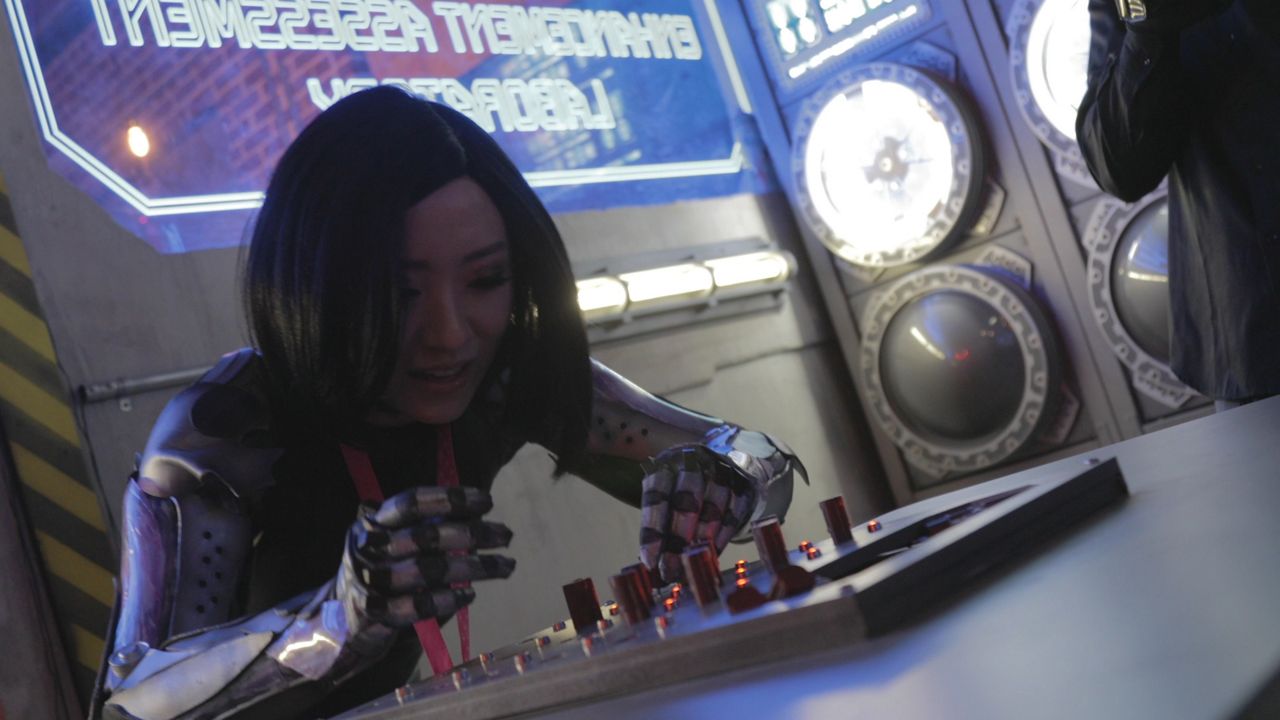 No, it’s not the actual movie set, but you could argue that it's the next best thing.

Directed by Robert Rodriguez, Alita: Battle Angel is based on a Japanese manga. Set in a dystopian future full of cyborgs and industrial scrap, The Seelig Group wanted to turn the big screen adaptation into a real world experience.

Enter, Jon Gibson. Co-owner of iam8bit with Amanda White and one of the creators of Passport to Iron City, he worked with the movie’s production designers to create an immersive theatrical experience inside a 12,000 square foot warehouse.

“This is a new kind of live entertainment,” says Gibson. “This is not like something you’ve done before. It’s a combination of a lot of different familiar things.”

The experience combines everything from live theater to old school games like puzzles. One feature resembles a cyberpunk version of pin the tail on the donkey, while another gets your heart moving like playing a round of Dance Dance Revolution.

Growing up in Detroit, Gibson started working as a video game journalist when he was 15 years old by keeping his age secret from publications he worked for, which included the LA Weekly and Vanity Fair.

He moved to Los Angeles after dropping out of college and soon realized he needed to do more than just write about video games.

He wanted to games make games real for everybody.

“You know, part of the joy for us is seeing all sorts of people come through this,” says Gibson. “You know the activities aren't based on one particular skill-set. You don't have to be into logical, you have to be in the puzzles. There's something for everybody.”

Including props from the movie, such as this driveable electric taxi from the future.

“Part of the magic of everything that's that's here at Passport to Iron City is it's like walking through a movie set and not a lot people get an opportunity to do that. They build a movie set and they throw it in the garbage the next day and we’re trying to entrench that magic into an immersive experience,” says Gibson.

Part escape room and and part theatrical experience with over two dozen actors, just don’t call it a pop-up. They don’t have an end-date and they’ll stay as long as fans demands it.