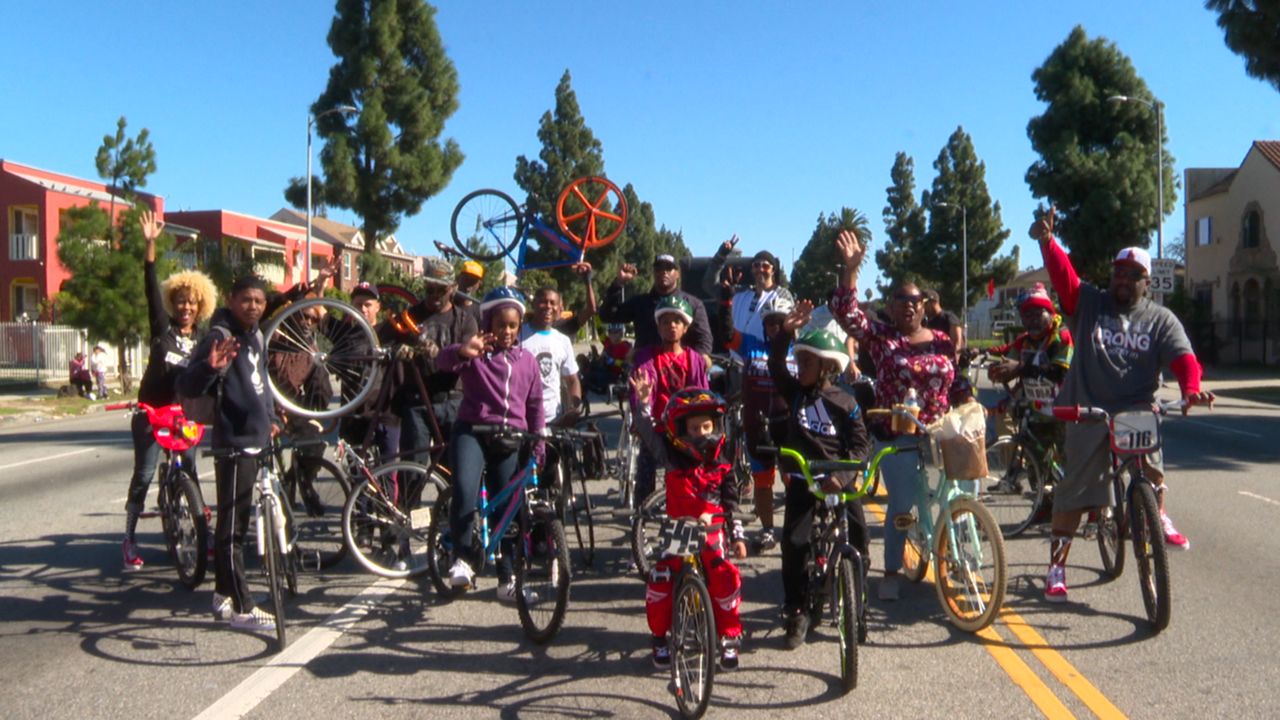 A bunch of kids are riding their bikes in the middle of the road, but don’t worry. These bicyclists aren’t blocking the road. They have a permit to be here.

They’re representing and showing off their skills at one of the many gatherings they attend happening throughout Los Angeles.

They've shown up at Critical Mass, CicLAvia, and every Kingdom Day Parade for the last nine years. They gather every fourth Sunday in Leimert Park where they teach bike workshops and offer free tune-ups to members and they ride as a group.

“It’s not real welcoming for people of color on some of these rides, you know, you hear a lot of snide comments,” says Jeremy Swift.

And it’s not just for black kids. All families are welcome, but it was important for Swift to create a safe space where bicyclists, especially young African-American cyclists, can ride freely.

“Like do tricks and do wheelies and stuff,” says Michael Brown.

Barely old enough to reach his handlebars, he loves nothing more than to ride his bike with his friends.

And that’s good fun and exercise, but biking is an activity at odds with Los Angeles. With limited bike lanes, bicyclists are often hassled by drivers and sometimes stopped by police.

“We got stopped by the fine officers,” says Swift.

For not wearing helmets, but that only applies if you’re under 18.

“So it was an education moment for us as a group,” says Swift.

Safety is Swift and the group's top priority. After all, he rides with his family and serves as a role model to his friends but he wants them to have fun too.

“I like racing and going faster than them!” says one avid young bicyclist.

This young man just wants to go fast. He trains at the BMX course in Whittier Narrows with his parents.

“As cyclists, you know, you’re out here kind of on your own. Like cars don’t feel you have the same rights and you actually do,” explains Swift.

And when you’re dodging construction cones and potholes, gutters and angry drivers, it’s not only safer but more fun to ride in a group.