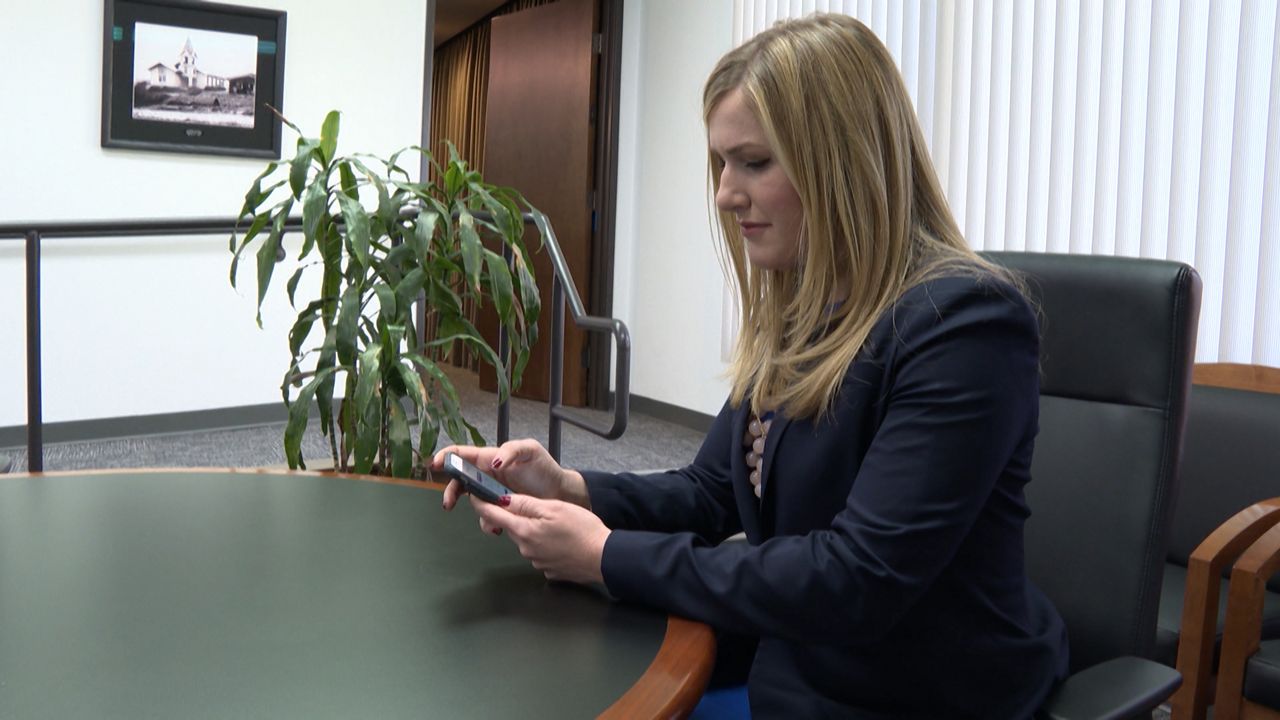 Yorba Linda Mayor Tara Campbell is on her cell phone showing how to use a new app she introduced. The 25-year-old mayor is exposing the city to all things millennial. (Spectrum News)

LOS ANGELES, CA – The person who holds the gavel in Yorba Linda’s City Council chambers is a millennial and a woman.

At age 25 Tara Campbell is the youngest female mayor in California’s history. She is also the youngest woman to lead a U.S. city with more than 30,000 people

“I am a millennial,” said Campbell.

Campbell a millennial with two jobs. The Yorba Linda Mayor job is part-time, while she works full time for one of Orange County’s supervisors.

“Tara’s 43 in reality. She just looks like she’s 23. She’s got the wisdom of a lot older person,” said Lindsey.

The old soul almost didn’t get into politics.  Campbell says she wanted to be a sports reporter, but a college internship at the nation’s capital changed that.

“Came back to my hometown and realized that same kind of gridlock that can happen in government, can happen on the local level too and in my hometown,” said Campbell.

Two years ago she decided to run for office. At 23 she became the top vote-getter in the race for City Council in Yorba Linda. Since then she has been busy introducing all things millennial to the city, getting the city on social media, and introducing a new on-the-go way to report issues through an app called the “Citizen Request Tracker.”

“You can take a picture of say a broken swing in a park and uploaded it right from your phone to our city website.  It’ll geo-tag it and so our staff can go out to that specific location. Fix it and then email it when that task is complete,” said Campbell.

Campbell plans to do a lot more in the next year with a focus on communication, as well as fiscal responsibility and public safety. She plans to get out in the community and meet even more of the people she serves. She says holding such a position is a huge responsibility that she is honored to have.

Before her term ends at the end of the 2019, she says her goal as the state’s youngest female mayor is to inspire other young people to also get involved.