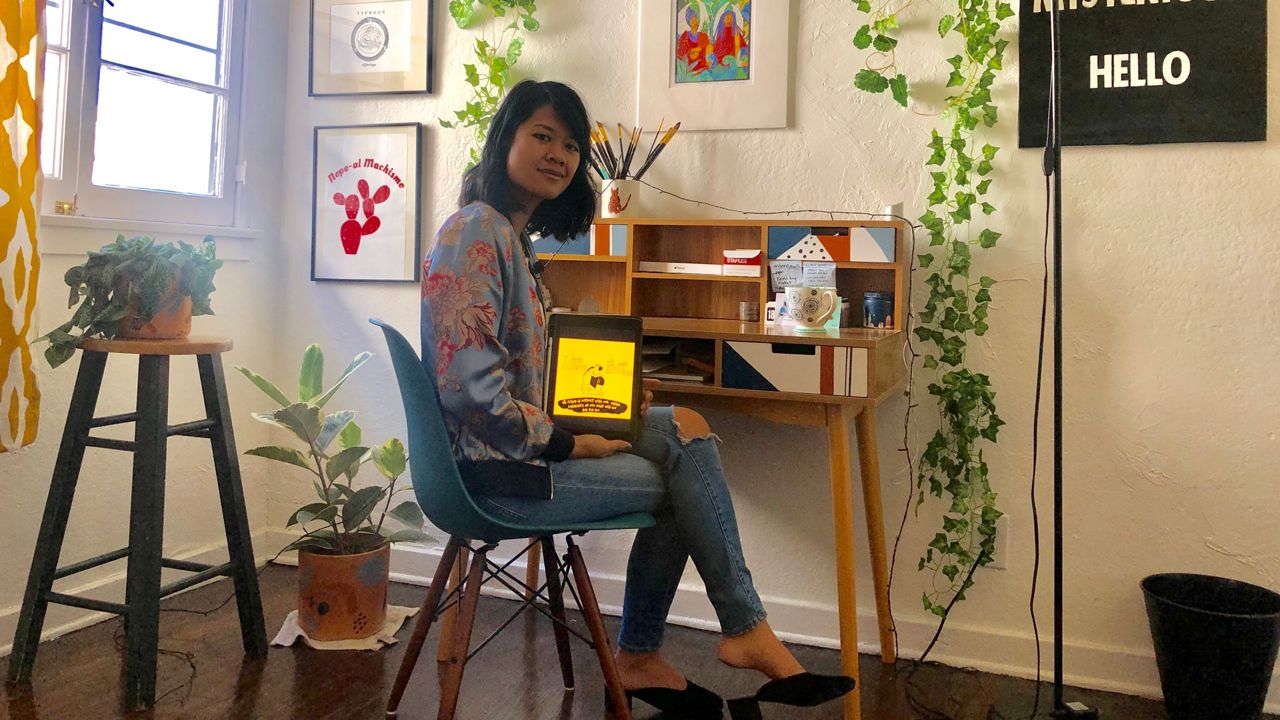 Natalie Bui sits in her room with her illustration. (Spectrum News)

“When we think about people being deported. We think of them as criminals. In this case, especially in the Khmer Community, there’s such a history that people do not know about,” said Natalie Bui, a University of California, San Diego graduate.

Bui uses an iPad and iPencil to create digital illustrations explaining that bit of history. During the Vietnam War, the United States dropped 2.7 million tons of explosives on Cambodia.

Bui is a 26-year-old living in Los Angeles. She works for an advocacy group called Asian Americans Advancing Justice Los Angeles as a policy coordinator. She collaborated with the Asian Law Caucus for this illustration series. This series meant a lot to her since some of her family members came to America by boat as Vietnam War refugees.

“The treacherous travels making it from Vietnam to America. I lost an uncle, actually, and I never got to meet him, but that’s why this issue hits really close to home,” said Bui.

Bui uses colors from the Khmer National Flag to show Cambodian refugees being torn apart because of the bombings in the past and now, in present day, they’re facing another separation. This time in the U.S. because of deportation orders.

Bui ends this illustration series with a man holding a young girl as he’s about to be separated from her. Her illustrations are a form of activism and art, but they depict what real people in this country are going through.