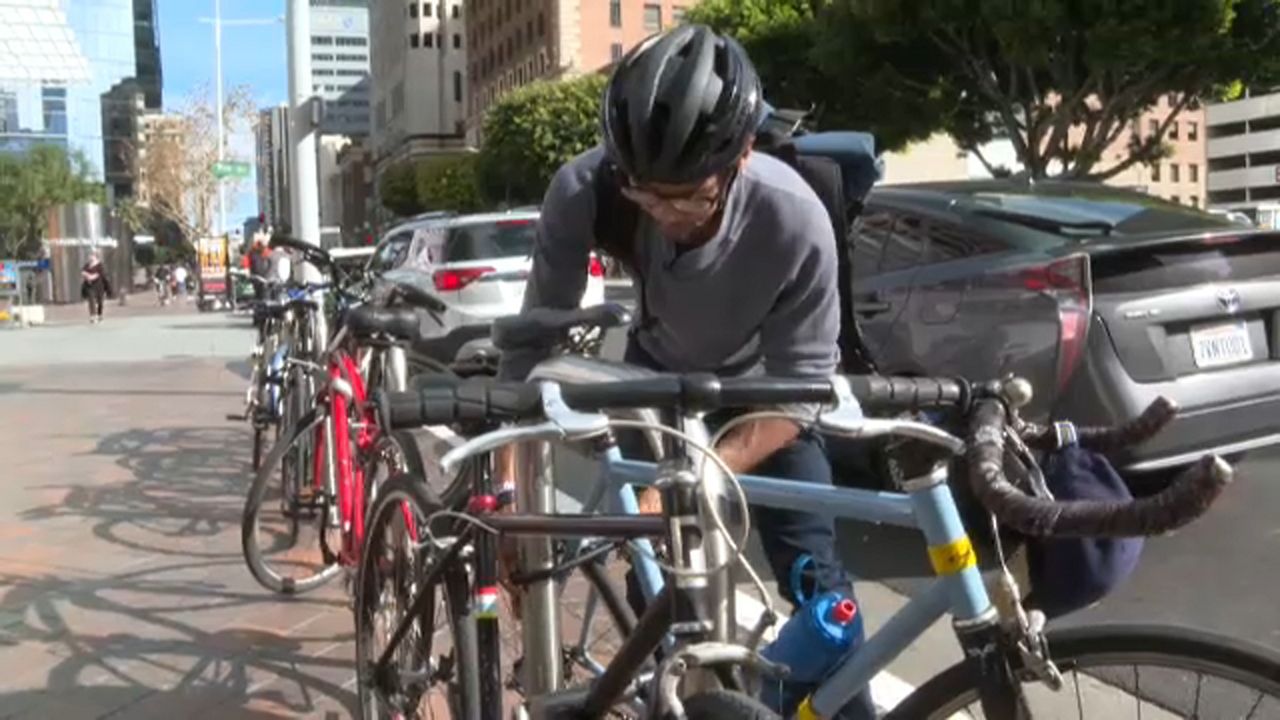 Possibility of Bike Theft a Daily Reality for LA Cyclists

An increasing number of Angelenos are turning to bikes as their main mode of transportation. One example is Mark Mallare, an avid cyclist who takes his blue bike everywhere. But bike riding around Los Angeles requires taking precautions.

For example, how do you keep your bike safe when you're not attending to it?

"If people aren’t used to downtown, they don’t know it's a hot spot for bike thefts,' said Mallare.

Mallare takes his bike to the gym where he meets his girlfriend for a morning workout before heading to work in Santa Monica. He does this every day. But he never imagined that this is where his bike would get stolen.

"I thought it was safe. I had a lock. There was security around. It was 5:30 in the morning. I thought no one was looking, but then again I could be wrong," he said.

Even though he uses a lock, Mallare's prized blue bike was stolen during the hour he was gone. Luckily he ended up finding the bike later in the day, nearby on Skid Row.

"Call it destiny. Call it fate. I knew I had to act on it because that doesn’t always happen," said Mallare.

Mallare is not alone. Many riders in Los Angeles are finding their bikes stolen. According to Biking in LA, a local blog, over 1,000 bikes are reported stolen on the site alone.

Mallare says social media is used to post photos and information about your stolen bike in the hopes someone will spot it.

"I know a lot of people who get their bikes stolen. They post online all the time to be on the look out. Some get mad. Some don’t even bike again," said Mallare.

Bike Index also allows you to register your bike, so if it is ever stolen, you can report it in hopes of it being found.

"A lot of bikes are unclaimed, but have been found. There’s a lot of bikes that are just out there," said Mallare.

Los Angeles Police Department also shares some helpful tips on how to lock your bikes safely: research your location, lock your rear wheel, frame, and front wheel, leaving no room for a crowbar, and if possible keep your bike in a highly populated area.