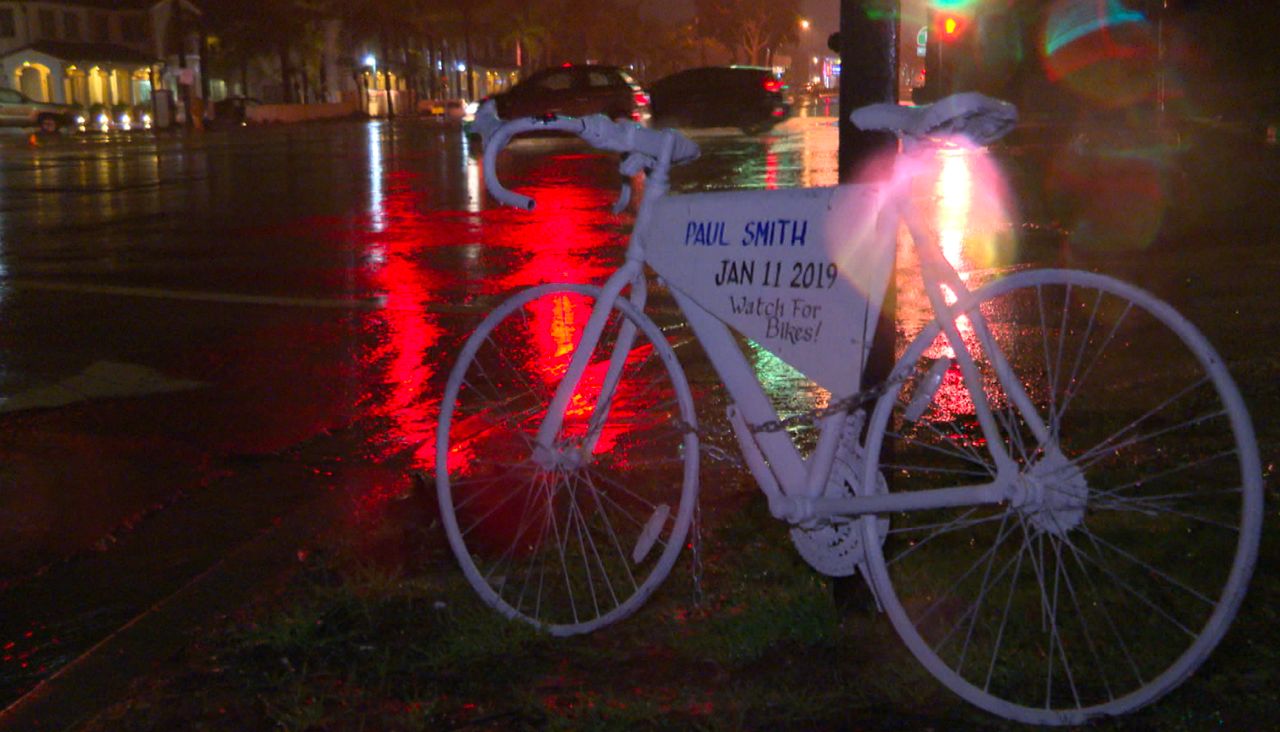 Have you seen white bikes on the side of the road? Do you know what they are? They are called "ghost bikes."

A group in Southern California puts them up any time someone is struck and killed while riding a bike.

“I hope it creates empathy for people on bikes. Just because you are on a bike doesn’t mean you are any different, you are just trying to get from point A to point B,” says Danny Gamboa.

The group takes apart old bikes and paints them white. They want to create awareness.

“Drawing drivers’ attention to cyclists that are sharing the road with them and encourage them to be alert and be aware of cyclists and look out for them. That was number one," said group member Leslie Caldera.

"But number two, after the first few ghost bikes I put up, I realized the value the ghost bike has for family and friends of the victim of the collision."

Eric Haley, came to help them prepare and place a ghost bike for his friend Paul Smith, who was recently killed in a biking accident. He says he appreciates everything they are doing.

“Just knowing they came out on a night like this, when it’s pouring down rain and flash flood warnings are coming across. That they still come out and do this. Its touching. It’s great,” said Haley.

Once the bike is complete, they place it where the accident occurred. They make sure to put it near the street where everyone can see. Not only is this a memorial, it is a warning for drivers to watch out for bikes.

This time it reads in memory of Paul Smith, but the group always hopes there won’t be a next time.