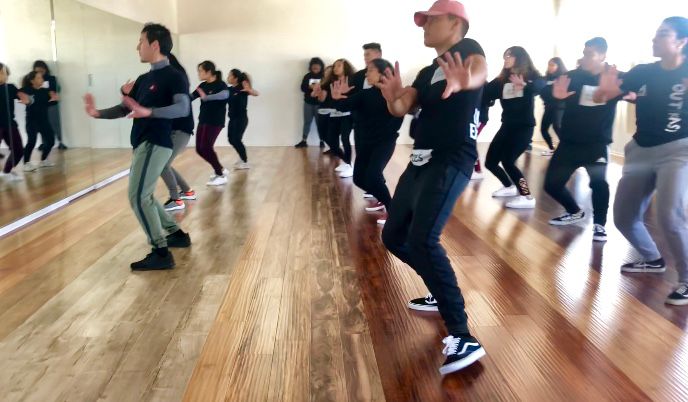 Outkast Academy supports its students both inside and out.

While the nonprofit teaches its members to dance, founder Jennifer Newton says she also focuses on helping youth conquer personal obstacles in life through mentorship, focusing on issues from poverty to bullying.

One of Netwon’s students, Nayelly Primo, says the community she has made with Outkast Academy has helped her build self confidence.

“I used to get bullied a lot when I was in elementary and middle school. I used to get pushed around, get called names, and of course that brings a person down,” Primo said.

She says dancing with the academy has given her a place of escape, a place where she can express herself in ways she never could before.

Newton opened the studio four years ago with a vision to help at risk youth not just dance, but have a safe space of refuge. She even named the nonprofit with a very clear intention.

“Anybody who has felt like an outcast in their life, which is probably all of us at one point in time, is welcomed with open arms here,” Newton explained.

With a mission to help increase the arts in Los Angeles, Newton and her team serve 200 students through partnerships with inner city high schools throughout Los Angeles.

But dance isn’t the only experience Outkast Academy provides because the students are empowered academically and emotionally through the tutoring and mentorship programs.

“We have a very open environment and an open mindedness where we know that, it’s mind over matter, and that these kids can really learn if they really put their mind to it and they have the right encouragement,” Newton said.

While students may come to dance, they also do things like work on college applications and take care of day-to-day homework assignments.

Primo says that even though she doesn’t feel safe in her own neighborhood, surrounded by gang violence and drug trafficking, dancing is giving her a new perspective.

“It’s made me feel like maybe, I have a purpose, which is something I didn’t ever think I would have.”

Newton says she understands that emotion all too well. Having faced her own challenges being raised by a single mom in the inner city, her commitment to her students and the academy runs deep.

“I really believe that your word is your bond and that it’s so important that if you really believe in something to stand firm in it and  to find a way to make a difference because there is always a way,” Newton said.

Primo now has an outlet where she feels understood, and not afraid of constant criticism.

”I may not be safe anywhere but at least I know that while I am here, I’m not alone,” said Primo.