Crews from the Los Angeles Department of Water and Power have shut off the water that was leaking from a broken water main in South Los Angeles, but not before the ruptured pipe flooded streets and caused a large sinkhole.

The flooding was first reported to the Los Angeles Fire Department around 4:55 a.m. Friday in the South Park neighborhood.

“I got up, came to my back door and looked out, and I saw nothing but water. At least eight inches, nine inches,” said Hollis Ball, a resident who lives three doors away from the sinkhole.

Water gushing from the ruptured 24-inch diameter pipe caused the sinkhole near the corner of 55th Street and Towne Avenue. Two people were rescued from the sinkhole unharmed, LAFD reported. According to LADWP, four cars were seriously damaged. 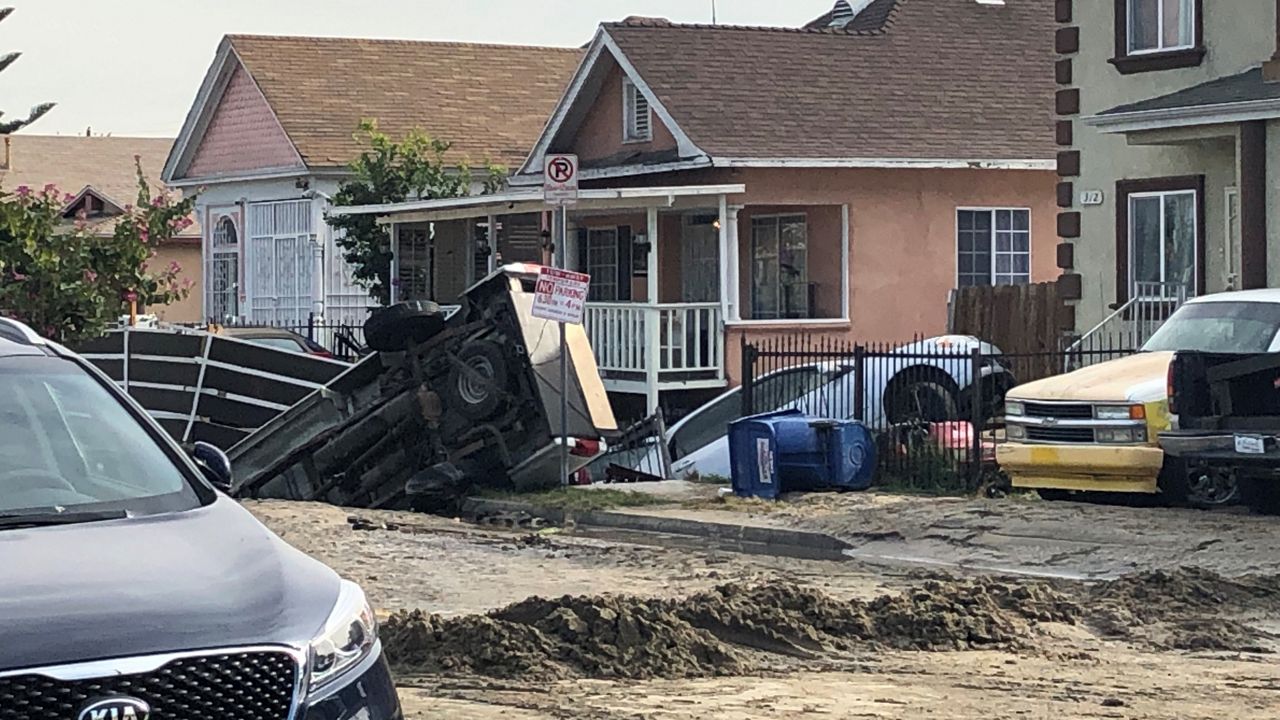 City workers assisted with the movement of more than a dozen nearby residents as rising water levels threatened several homes.

As for Ball, the 81-year-old veteran doesn't know what he's going to do about the damage.

The shut-down process for the broken pipe had to be done carefully to avoid damaging other pipes in the area. It took crews four hours to plug the leak, LADWP reported.

Seventy-five LADWP customers in the area were without water as a result of the broken main. Crews are working to restore service as quickly as possible.

Residents affected by the water main break can file a damage claim with LADWP at www.ladwpnews.com/information-on-how-to-file-a-claim.