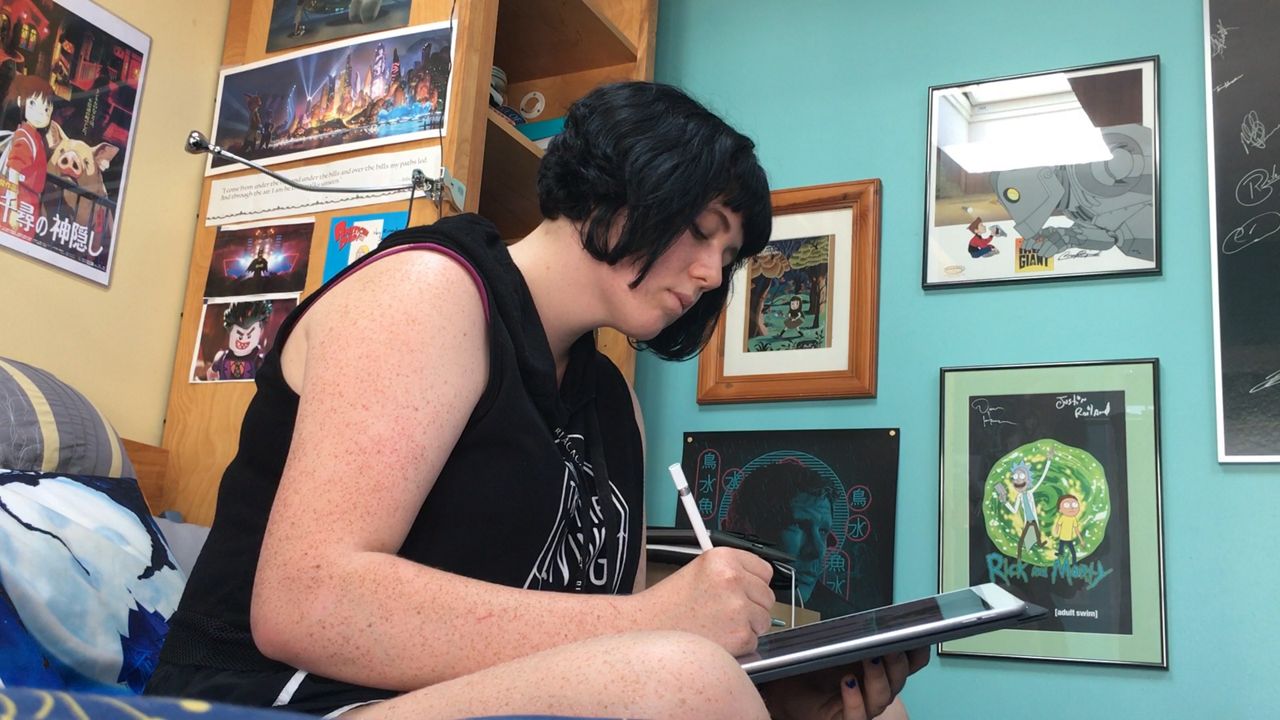 Art isn't just something that decorates the walls of homes and coffee shops, for 18-year-old Miranda Parkin, art helped save her life.

Whether it’s strumming a guitar, singing, or creating new piece of art, Parkin, who recently opened an exhibit at El Segundo's Blue Butterfly Coffee Company, she says she only feels at ease as long as she's doing what she loves - creating art.

“Art is just like this thing that’s always around, " said Parkin.

She says what started out as doodling during hours of childhood choir practice ended up helping her through a difficult time.

"I was really depressed for a long time," said Parkin.

Just four years ago, Parkin says she thought about throwing herself out a window.

According to the Centers for Disease Control and Prevention, suicide is a leading cause of death for Parkin's age group, and is only second to accidental deaths for teenagers.

After deciding to live, she was hospitalized and put on different prescription drugs. But, Parkin says what really helped her was creating was art.

"You don’t even need anything special. You can just have a pen and a piece of paper. Even a receipt,” said Parkin.

Due to her struggles with mental illness she never got her driver license. Instead, she gets rides or takes a bus to take classes at Santa Monica College.

Since starting school again, old feelings of anxiety have returned.

“In the past few months, it’s cropped up again," she said.

But, she says as long as she’s creating art she's allright.