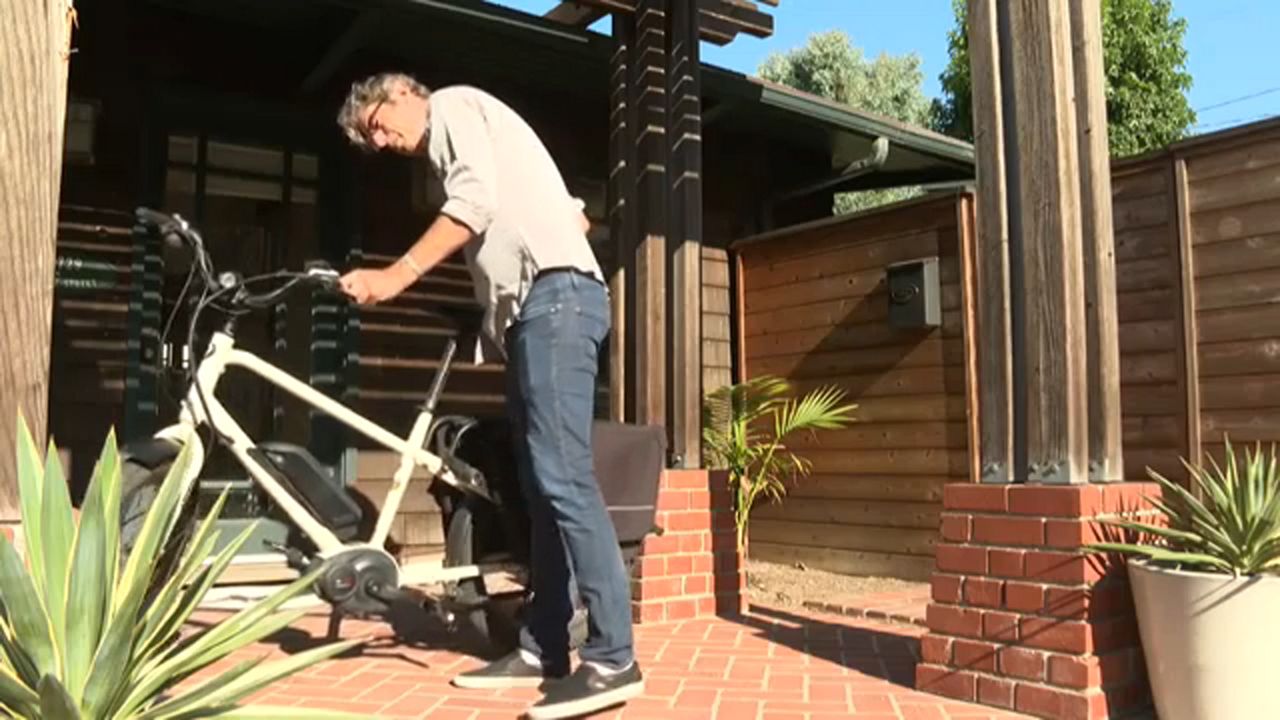 An E-bike Versus a Car - Guess Which Wins

In case there was any doubt, Southern Californians spend way too much time in traffic.

On average, each of us sits in traffic for 104 hours every year during peak travel times, according to a 2016 study from transportation analyst INRIX.

Cycling journalist Peter Flax hears about it all the time.

“For a lot of people in Los Angeles, their commute is the least favorite part of their lives, the traffic is bad, and it just keeps getting worse,” said Flax.

But Flax has found a way to beat the gridlock. He uses an electric bike to get from Manhattan Beach to his job in Santa Monica. Now he's trying to get other folks to follow suit and ditch their cars for e-bikes.

“I have more time with my family now. In the past, I had to carve out time to exercise and now I use my commute time as my exercise time,” he explained.

That’s right, exercise because electric bikes require pedaling to function. When the motor kicks in, it can help you reach speeds of 28 miles an hour, depending on the class of bike you have, but you still need to pedal.

But there are some downsides to electric bikes, primarily the price tag. E-bikes can be expensive, they’ll set you back at least $1,500, with some going for more than $10,000. Still, Flax says he saves money by using an e-bike -- for one he doesn’t need to get car insurance or worry about car maintenance.

But is commuting on e-bikes worth the time and effort?

To answer this question, we raced him from El Segundo to a park near his job in Santa Monica. Flex took the bike path along the beach while I headed for the 405. After almost 15 miles, the e-bike and the car tied.

Once we reached our destination, I asked him how the ride went.

Flex said, “It was fun, I saw pro volleyball players, I saw a lady doing a disco-dance on the bike path, we rode through a film or TV shoot, so it was an adventure like always, you always see something interesting on a ride like this.”

About 34 million e-bikes were sold worldwide in 2017. While China and Europe lead the way, thanks to folks like Peter Flax, the U.S. is quickly catching up.