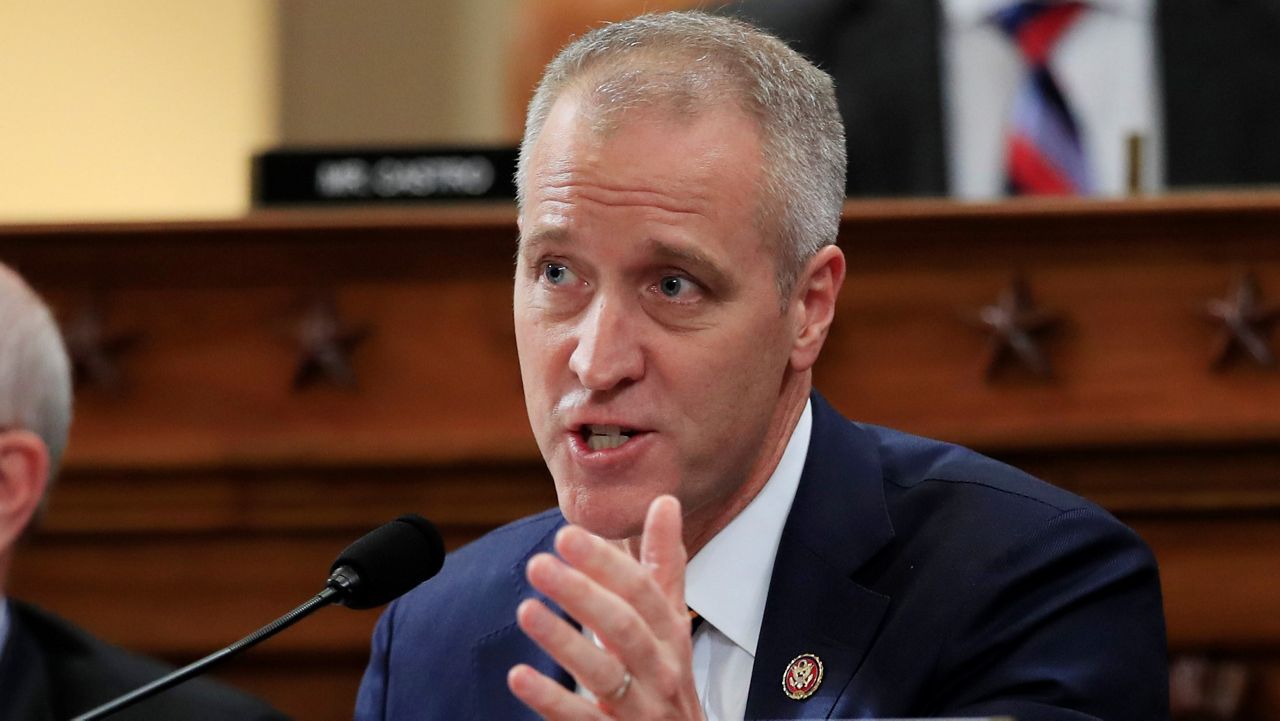 Democrats embark on 1,000-event blitz in hopes of retaining majority

As Democrats in Washington work to flesh out their sales pitch ahead of next year’s midterm elections and retain their narrow House majority, lawmakers are embarking on something of a strategic victory lap—seeking to play up what they see as the party’s major legislative achievements, including passage of the $1.2 trillion infrastructure bill, and their work in advancing President Biden’s massive social spending and climate package.

To that end, House Democrats announced last month that they plan to host a combined 1,000 events before the end of the year, in hopes of touting these recent wins, and to drum up support among constituents.

“There'll be 1,000 events between now and the end of the year describing why this work that we have now completed on the infrastructure bill, and will soon complete on the Build Back Better Act will give people a better country—give them more breathing room for their families, [as well as] a future they can look forward to,” Democratic Congressional Campaign Committee chairman Rep. Sean Patrick Maloney, D-N.Y., told reporters at a press conference last month.

The push comes as the party seeks to rewrite the narrative of the last 12 months, amid Biden’s sinking approval ratings and growing voter frustration over inflation and the state of the U.S. economy as it attempts to recover from the COVID-19 pandemic.

Democrats are focusing largely on the last group—the independents who broke for Biden in 2020—as they plan their blitz of year-end events.

In an interview with Spectrum News, Maloney said the events will focus on wins delivered by the party this year, and how the bills passed will bring to their constituents long-awaited change.

As the chairman of the House Democrats’ campaign arm, Maloney is quarterbacking their messaging campaign and 1,000 event-push — which translates to roughly 5 events per lawmaker. Speaking last week to Spectrum News, Maloney expressed confidence that his party can turn things around and reverse widely-held projections that House Democrats will lose their narrow majority.

“I'm going to tell you right now, once we get this job done, and [once] we tell people what we're doing, you're going to see those numbers turn around,” Maloney told Spectrum News. “And you're going to be talking about a comeback, this time next year.”

Others, however, are skeptical—warning that Democrats are facing a unique, if not unprecedented, confluence of factors that are likely to make next year’s election especially difficult.

The current House majority “is definitely in danger,” Kyle Kondik, a political analyst and managing editor of Sabato’s Crystal Ball, told Spectrum News in an interview.

There are multiple reasons for that: the first being that midterm elections are historically difficult for the party in power. That “can be compounded if you've got a president with a weak approval rating, as [Biden] does right now,” Kondik said.

“It's hard for the majority party to sell their package in a positive way to advance with a term—it's not just this Democratic Party and this particular cycle,” he added. “You go back historically, and it's just a heavy lift.”

Democrats are also largely at the mercy of forces beyond their control, such as the COVID-19 pandemic; which has upended daily life, sent inflation rates soaring to a 39-year high, and led to steep price hikes on food, gasoline, and other essential items. While these aren’t necessarily tied to Congress or to Democrats, voters are likely to blame them all the same.

COVID “has a role to play” in Democrats’ recent approval slump, Kondik acknowledged. The party “needs gas prices to go down,” he said. “They need people to care less about inflation; they need perceptions of Biden to be better.”

A Washington Post-ABC News poll last month found voters expressing strong discontent with inflation and the state of the economy, with more than 6 in 10 voters saying Biden has accomplished “not much” or “little or nothing” during his time in office. Asked who they would support in a hypothetical House election, voters also said they would prefer a generic Republican candidate to a generic Democratic candidate by a 10-point margin, a historic advantage for the party.

These are strong, if not impossible, headwinds to fight off.

Add to that the fact that 11 House Democrats have announced plans to retire at the end of the current term, and are facing a post-census redistricting process that appears to favor Republicans.

“Republicans control the drawing of more seats than Democrats do,” Kondik said of the redistricting process.

In redrawing the districts, he said, “there’s a lot of things that favor Republicans.” “We can’t quite really make firm judgments about how that all will shake out, given that not every state is done yet—and we're going to have legal action in some of these states,” he said. “But at the end of the day, you expect Republicans to benefit from that more than Democrats.”

Last month, the Cook Political Report estimated that Republicans stand to gain roughly 2.5 House seats in 2022 from changes to the district boundaries alone.

Of course, the party’s fortunes could reverse. Maloney and other Democrats have insisted that the spending on infrastructure and other social programs will benefit Americans in tangible ways. For example, they say, upgrades to infrastructure will help improve supply chains across the country, thus reducing the price of consumer goods.

But it’s unclear how long those efforts will take to metastasize. Asked whether he was concerned about the timeline of many of the infrastructure projects, which may not even get started before next year’s midterm elections, Maloney said his party is thinking longer-term.

“Obviously, when you're doing big things, the full effect of those will be felt for years to come,” he said. “But there's a lot that people are going to experience right away.”

Whether or not their message will resonate with voters, however, remains to be seen.

And Kondik, for his part, is less optimistic. “Look, there could be a comeback,” he acknowledged. “But I think if there is, for Democrats, it's probably going to be more about people just feeling generally better about the state of the country than they do now. … It may be that by the time the spring and summer come around, maybe Biden’s approval is a little bit better. Maybe the Democrats feel like they have a better story to tell.”

But, he said, other things could also intervene that could wildly change the course of the elections.

“You know, we may very well have a landmark Supreme Court decision on abortion—whoever that ends up benefiting, politically speaking,” Kondik said. “That is a wildcard that is hard to predict at this point.”