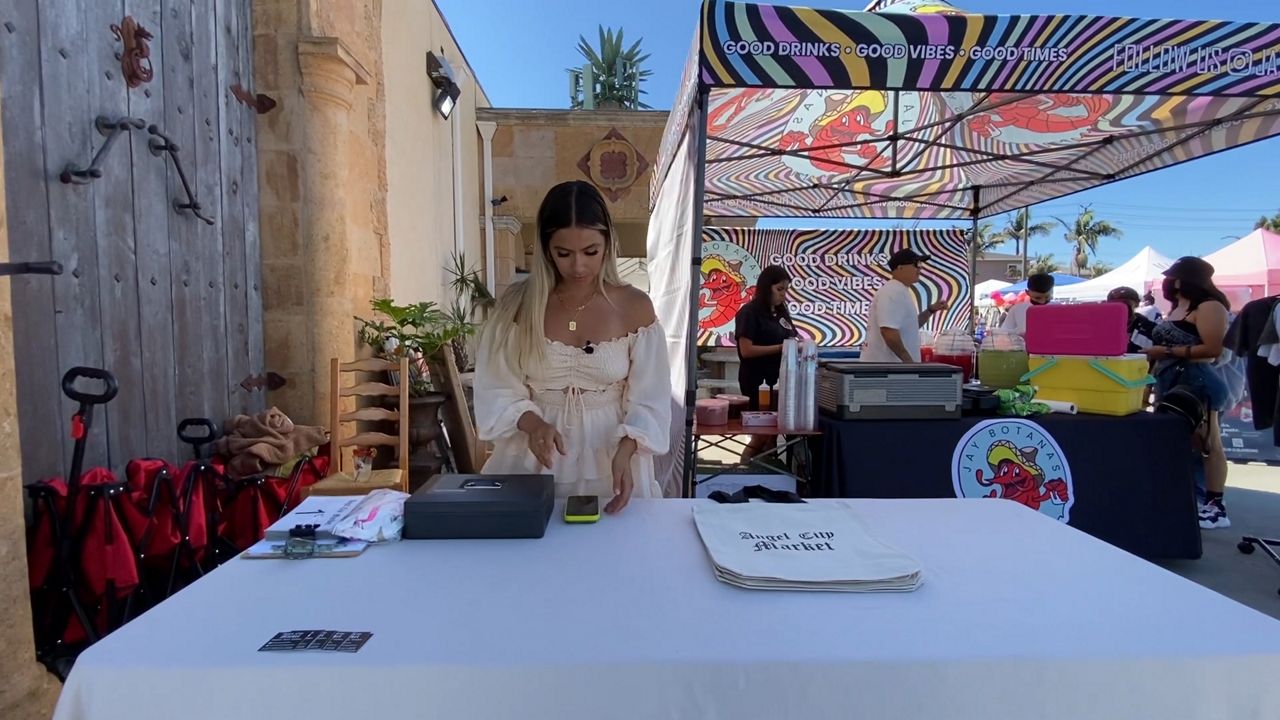 LENNOX, Calif. — Two years ago, Lennox native Kenia Haro never imagined she would be designing and selling handcrafted jewelry. She spent many years as a school teacher and recently finished a master’s degree but then the pandemic hit. “It made me realize that I needed to do something that fulfilled me 100%,” she said.

Haro said that realization coupled with her father suffering a serious brain injury and getting cancer, led her to so some soul searching.

She decided to switch career paths and launch her own business called Pretty Girl LA, selling jewelry she and her mother designed. The first place she sold was in her own front yard in February. Soon, she invited other local business owners and friends to come and do the same.

“We realized we had so much support from our community and our friends,” Haro said. “When I saw that, I realized this could be something bigger.”

That turned into Angel City Market, a bustling pop-up event in Inglewood that’s grown to over 60 vendors in the parking lot of a local restaurant.

“Every time I see old friends that used to join me at my front yard when I would sell and now I see them here and I see their setup that pretty much looks like a walk-in brick and mortar, I am so happy!” Haro said.

Angel City Market co-founder, Danny Rivas, said the goal is to support others trying to make it in their community. Many vendors here suffered hardship during the pandemic before starting their own business.

“We have a lot of people who write us stories, you know, and tell us why they got started and a lot of them, we want to say maybe 75% to 80% were people who lost their jobs,” Rivas said.

That includes Emily Tapia, who lost her bartending job last year. But not one to sit idle, she started her own business called Tapias Fuego selling her homemade michelada mix — a popular beer-based cocktail — along with rim paste and candies at the market.

“I didn’t rely on anybody else. I just kind of went forward from there and I just try to have a positive attitude since then,” Tapia said. “It’s definitely helped.”

Tapia said she enjoys running her own business so much, she may not go back to bartending. She not only runs her own business but Tapia also helps out at the market, a place that shines a spotlight on local entrepreneurs struggling to get a start.

Rivas hopes to one day see the market grow into something even larger, like the LA County Fair, while still supporting burgeoning entrepreneurs. “We’re excited to see where they go. That’s kind of our deal,” he said. “We’re here to make their business grow. When we hear the good stories that come out of it, that is the most rewarding part about doing this.”

For now, Haro and Rivas pour hours of work into the market, setting up over a dozen events each month. Some of the pop-up markets have a theme, such as highlighting the Dodgers or paying tribute to singer Selena.

“Even the day of, it’s really cool," Haro said. "We have an empty lot and some people that come really early are like, 'this is it?' And then when they see it, they are like, 'woah,' you know?”

Both Haro and Rivas have plans expand the market and to continue to shine a light on their community.