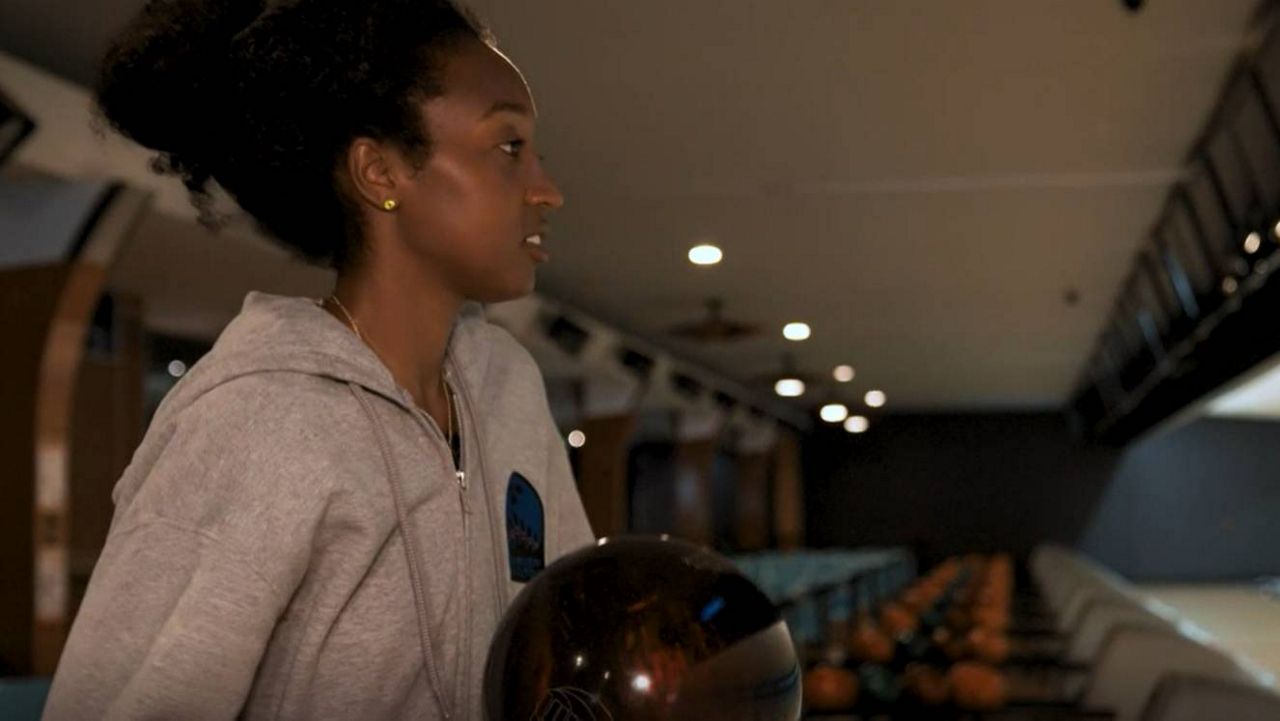 Gazmine “GG” Mason was first introduced to bowling by way of a surprise birthday party. But, when she learned bowling could lead to a college scholarship, she started taking it much more seriously.

The Rhode Island native is now a 12-time Olympic medalist and the first African American to win singles and all events gold for Team USA.

Mason spoke about how athletic bowling actually is.

After her talent was spotted at age 10, Mason trained for years to attain a college scholarship to the University of Nebraska, where she was on the bowling team.

“I was on Junior Team USA 2015 and 2016. In 2016, we had the World Youth Championship. That’s equivalent to our Olympics, and that’s when I won my second and third gold medals. I became the first African American to win singles and all events gold at the World Championships for Team USA,” she said.

After graduating in 2017, Mason took time before going professional to work on her game. Now that she is a professional bowler, Mason is focused on not just her game, but expanding the sport to other young Black players through her foundations.

“I created Black Girls Can Bowl Too. There’s all levels from junior, pro, amateurs, college. We just want to share what other people are doing. It wasn’t until 2020 that I started my foundation. The mission is to offer education, health and nutrition to those who are under resourced in the sport of bowling. We just had the Black Girls Can Bowl Too exclusive experience this year where we invited 5 to 6 girls and we had a great time training,” Mason said.

Mason was recently awarded the Dare to Be Different award at the Action Icon Awards in LA.

Head over to GasmineMason.com to learn more about Mason and her foundation.