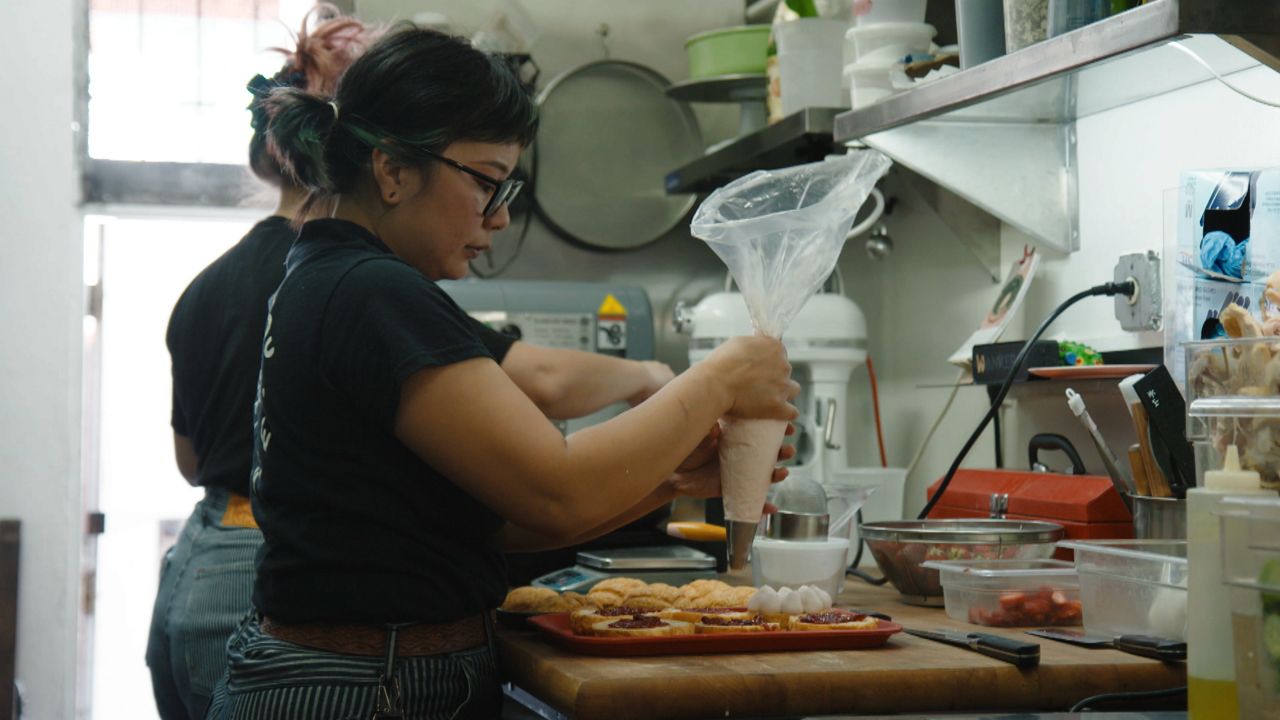 Once upon a time, Cantonese restaurants reigned supreme in Los Angeles.

But in the past two decades, many were replaced by Sichuan, Shanghai and Northern Chinese establishments.

Chef Johnny Lee has fond memories of the Cantonese food of his youth and is putting Cantonese cuisine front and center once again with the Pearl River Deli in Chinatown.

Cantonese food is specifically food from the southern region of China. Lee talked about the stapled of the cuisine and how he makes it his own.

"It is mostly based on a lot of seafood, a lot of vegetables, and mostly rice. Cantonese cuisine tends to be a little bit easier on the spices. It relies mostly on naturally flavorful ingredients and minimal seasoning, so it has natural flavor. We're always about trying to make everything look as traditional as possible, but behind the scenes, we do sometimes apply our own modern techniques and twists to get it the idealized version of what we want."

"I really felt moved by the first time I ate here. It just felt so comforting. It crushed all my expectations when handing over money for food. I feel like the food in LA, you're always just taking a gamble. Is this something that's beautiful on Instagram? Does it taste really good in real life? We're doing this because of Johnny Lee and his motivations to feed as many people good Chinese-American food."

Lee shared how owning his own kitchen has allowed him freedom to create dishes on his own terms.

"There are obvious things you can make that people will like that are simple and easy, but not exciting to make. Then there are times when you really want to make something, but you're not sure if it really has marketability. Being an independent operator allows you the freedom to make fast changes in case you feel things aren't working out... instead of having to go back and forth and maybe take a month to make a decision."