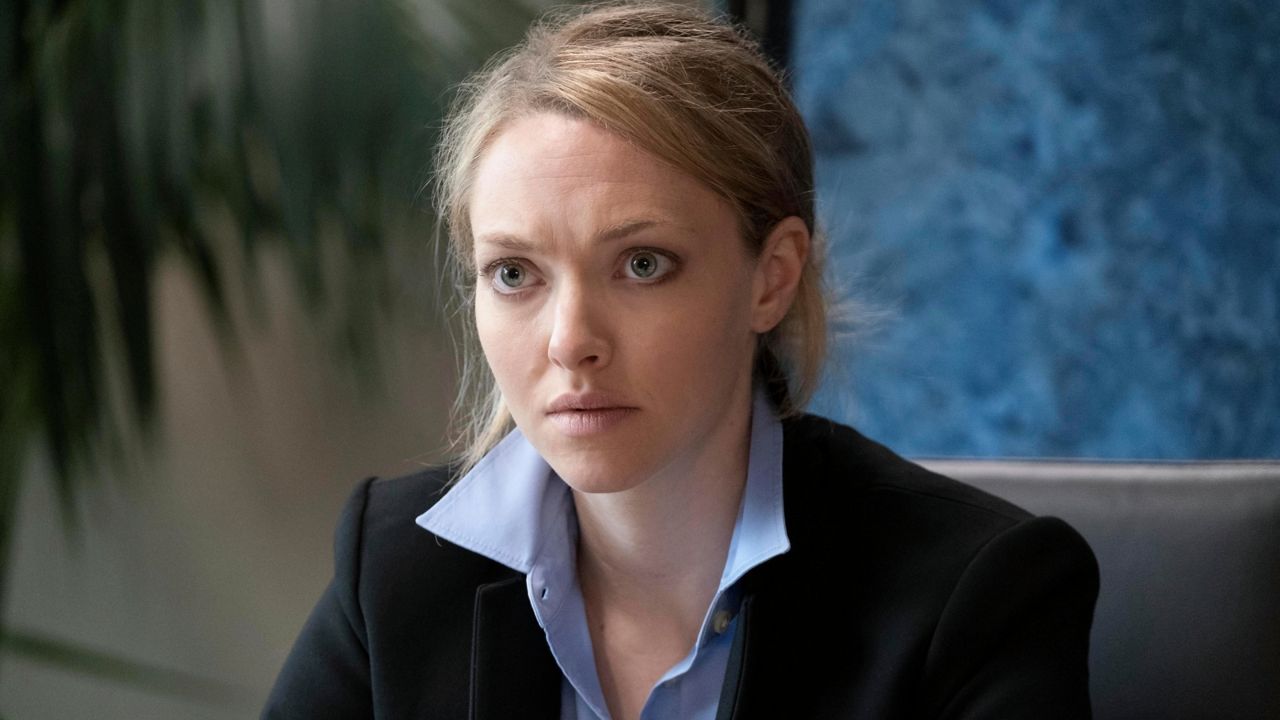 This image released by Hulu shows Amanda Seyfried as Elizabeth Holmes in the Hulu series "The Dropout." Seyfried was nominated for an Emmy Award for best lead actress in a limited/anthology series or movie. (Beth Dubber/Hulu via AP)

Why turning true-crime podcasts into TV shows is so successful

True-crime podcasts grew in popularity during the pandemic, providing an escape from the real-world circumstances we were living through. Now, those audio tales are coming alive visually for TV and streamers. LA Times reporter Randee Dawn joined host Lisa McRee on LA Times Today to talk about peak true-crime podcast season.

The podcasting industry has boomed in recent years, as people seek entertainment that they can access any time. Dawn said listening to a podcast is more engaging than watching a movie or television show. Hollywood producers have noted podcasts’ success.

“When a producer listens to a podcast, they can start envisioning who they would cast... They start envisioning how this will all come together in a way. Like a CliffsNotes for a producer who wants to make it into a narrative version or a fictionalized version of the story, and it’s all chopped up and ready to go for them. And in addition to that, they can see how popular it was. They can see that people really engaged. A million people downloaded this podcast. That’s a guaranteed audience,” Dawn explained.

Dawn explained why true crime appeals to so many people.

“Unlike a self-contained story that has a beginning, a middle and an end, these stories may have happened over a few weeks or a few months or a few years, but there’s all this prelude and all this epilogue. And we have the internet, and you can just go down the rabbit hole of discovering who is this person? How did this person die? Is this person still with us? Did this person get put in jail? You get to do the after story after they say we’re finished,” she said.

The true-crime podcast genre has become so popular that it became the basis of one popular show: “Only Murders in the Building.” In the show, three tenants investigate a murder in their building, sharing their progress on a podcast.

“You know you’ve made it when somebody takes the thing that you have been developing and makes it a plot point... And it wasn’t just a narrative device in ‘Only Murders.’ They actually brought the fans in. There are people listening to this. The fans helped them investigate. And I love how they made it a crowdsourced murder investigation. They just started season two. So obviously, somebody really, really loved it,” Dawn said.