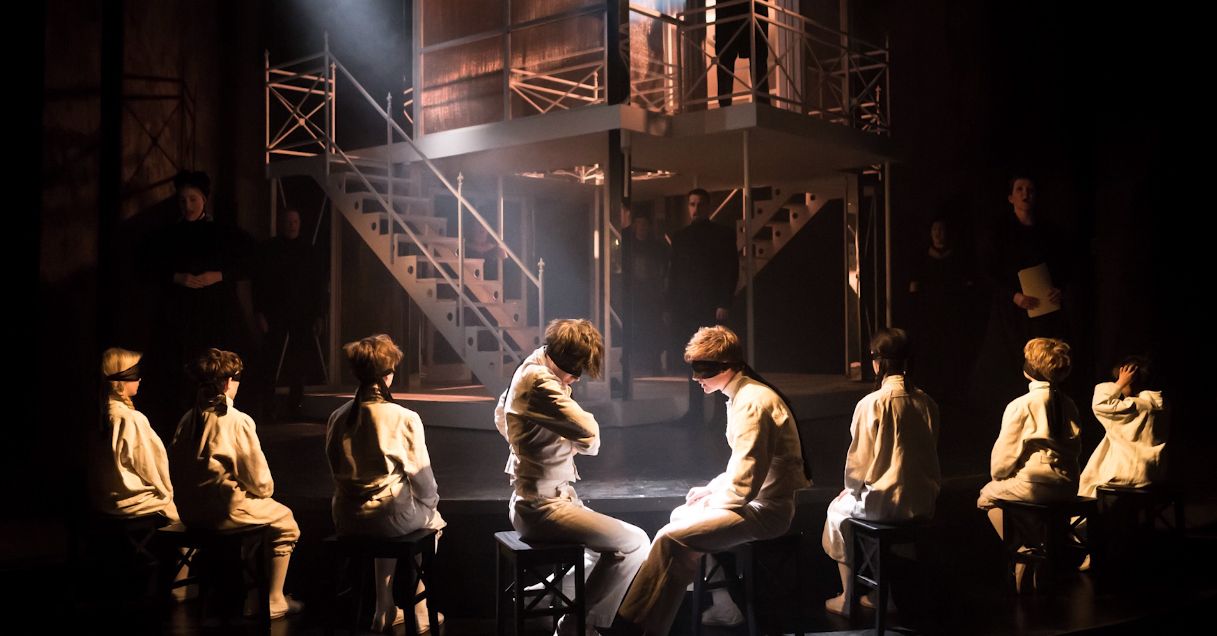 “The Braille Legacy” is a musical about the boy who invented a system of reading and writing for the blind.

It debuted to sell out crowds in Los Angeles in June, marking the first time the show had been performed in the U.S. — and the first time it was performed by a cast fully comprised of blind actors.

The cast spoke with "LA Times Today." Coco Atama plays Louis Braille in "The Braille Legacy" and discussed why it's important for this musical to be staged.

"We felt like this was a story that needed to be told. This was an experience that needed to be brought to people so that they could not only understand what life was like in a world where literacy, simple literacy, was elusive to you, but also to understand we are not done yet. There's a lot that we need to do before blind people can feel fully adequate in this world."

Theater by the Blind is the only entirely blind theater company in the country. Some actors are completely blind, and others have varying levels of partial blindness.

"We do need a little extra help, but who doesn't?" said Malaika Mitchell, who plays Rose. "The way we need help is not to the point to where we're convalescent. We didn't get the help with the acting or the singing that was already a talent. It's just someone actually giving us an opportunity to show our talents."

"We work to navigate a stage together and learn through sound cues, how to get around, and texture and surfaces that are on the floor that allow you to orientation of space," said director Greg Shane. "The road to get to tonight was so long and filled with so many challenges. But I think it's just so impressive to have a cast that stuck together two and a half years. But 99% of them were all together standing on stage. ... That's pretty impressive."

Opening night was emotional for Mitchell and her castmates.

"When we got a standing ovation. I just broke down crying just because we worked so hard. We did it," she said.