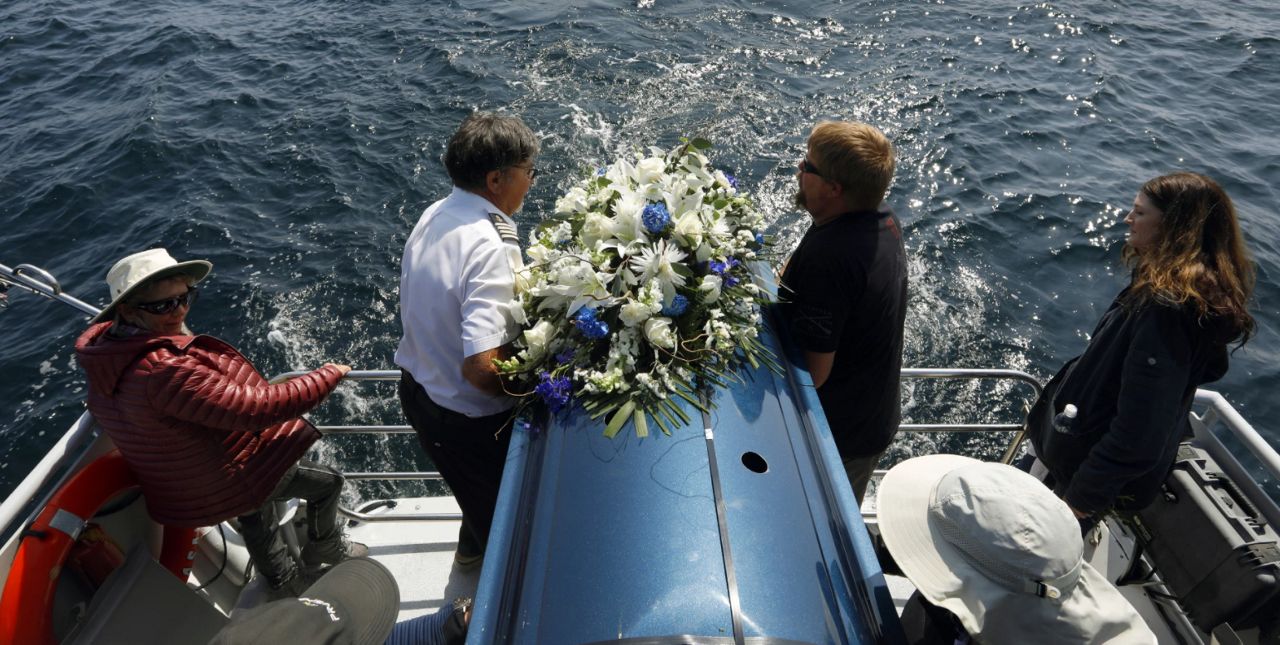 Full body burials in the ocean are gaining popularity

Burials at sea are nothing new. In fact, spreading a loved one’s ashes into the ocean is a pretty common practice. Many people, however, are unaware that a full body burial in the water is also an option at the end of life. LA Times staff writer Deborah Netburn joined host Lisa McRee on “LA Times Today” to explain why more and more people are picking the ocean as their final resting place.

Netburn spoke about full-body burials at sea and how the trend has gained momentum.

“I think in 2020, there were just 162 people in California that did a full body burial at sea. Some of the boat captains I talked to, they’re doing ashes five times a day or something. So compared to ashes, full body burial is much less,” she said. “If you do a casket, the recommendation is that it be stainless steel with all the plastic taken out. That’s the most environmentally sensitive. And if it’s a shroud, it should be biodegradable. It is legal. So, the rules are [burials must be] at least three nautical miles from the shore and in 600 feet of water.”

Several families have buried loved ones at sea. Netburn talked about how Lois Whitburn’s family honored her burial request.

“Lois Whitburn was this beloved mother, grandmother, party lover. She had a friend who was a mortician. And at a party, she cornered him and said, ‘I want to be buried in the ocean. All of me just throw me in there.’ He said it is possible. And so when she got close to dying, her daughter kept saying, ‘Are you sure this is what you want? You don’t want to just go to Inglewood?’ But she was really determined, and she wanted to be buried in her bathing suit. And as her grandson said, she was always dressing for the occasion,” Netburn said.

Some people, like John Berol, choose to be buried at sea for environmental reasons. Netburn spoke to Berol’s wife, who explained that being buried at sea was a more sustainable option than cremation. Being buried at sea is also less expensive than a traditional burial.

“It’s more expensive than being cremated and having your ashes scattered, but it is significantly less expensive than like a traditional burial in a cemetery. Depending on how many people go out on the boat, it could be $5,000 to $10,000 for a full body burial at sea. And I think a lot of cemeteries, it’s about $20,000 for a burial,” Netburn explained.