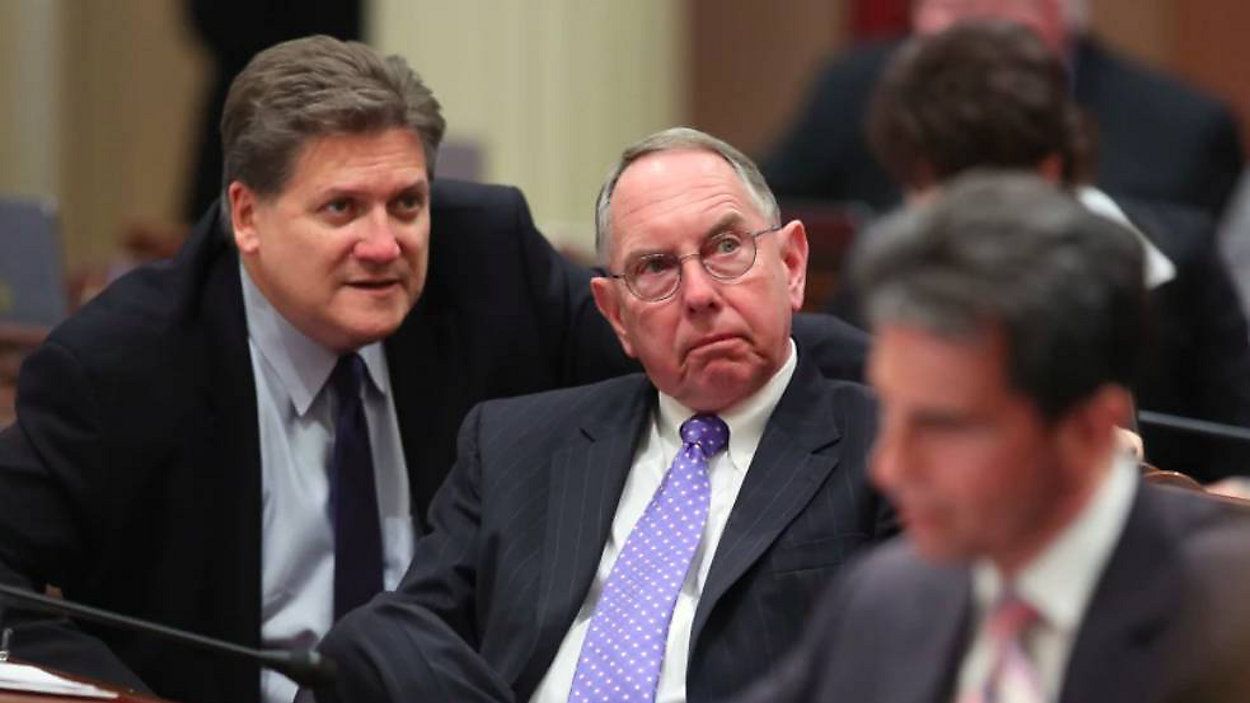 The Medical Board of California is not punishing bad doctors

The ongoing battle has gained momentum after a Times investigation found the medical board of California, which oversees physicians, has consistently allowed accused doctors to keep practicing — despite botched surgeries and even death.


According to the Times analysis of medical board records, 10 doctors were accused of malpractice. One of those doctors was Dr. Mukesh Misra.

"Dr. Misra is a Lancaster surgeon, does a lot of back surgeries, and he has been on the medical board's radar for quite some time. He had been accused years ago of operating on the wrong side of a patient's brain and received a letter of reprimand. And then, there were subsequent allegations of gross negligence involving other patients. And his license had been revoked. They place the order and put him on probation twice in the last ten years. He is currently accused of gross negligence of two patients, one of whom died, and the other of whom suffered permanent paralysis," Christensen said.

Christensen said the medical board records show that it received 90,000 complaints in the last ten years. In-house investigators substantiated 3,100. Three-quarters of those only got a letter of reprimand or temporary probation. And only 439 — less than 0.5% of the original complaints ended in licenses being revoked.

"As we discover that they do pretty frequently when they substantiate allegations of gross negligence involving doctors in cases that would warrant revocation, they often stay that order. In other words, they say they will revoke their license, or they're going to continue practicing by putting them on probation. Probation ranges from two years to seven years. In some cases, we also found that the probation was shorter than what the guidelines recommend. And the board's rationale for it, and in many cases, is their primary mission is to protect health care consumers and patients. But they also have a dual mission of rehabilitating doctors. And it's not a new phenomenon that the board has long been accused of protecting doctors at the expense of the public."

One of the 10 doctors most frequently cited and accused of malpractice is from Thousand Oaks.

"Dr. John Chiu had been revoked and put on probation twice. He was accused of instances of malpractice, and the board threatened to take away his license permanently. And he was getting up in years and decided he was going to give up the practice anyway. So he asked the board to give him a grace period on a case and cut a deal with the board. He would surrender his license that the board would give him three months to sell his practice. And apparently, the reason for the grace period would be that he didn't want anybody rebuying to know what his track record was," added Christensen.

When it comes to the safety of customers and consumers, Christensen said they have to be their biggest advocates.

"There are places to look online to try and confirm your doctors' track records. There is also a medical boards site so you can look up your doctor and see if they have a disciplinary history. Sometimes it's not complete because older actions may be incorporated in newer ones. It's supposed to include malpractice information; if your doctor is at a settlement of $30,000 or more of a malpractice suit, that must be reported. But they are only reported if there are between three and five malpractice actions."