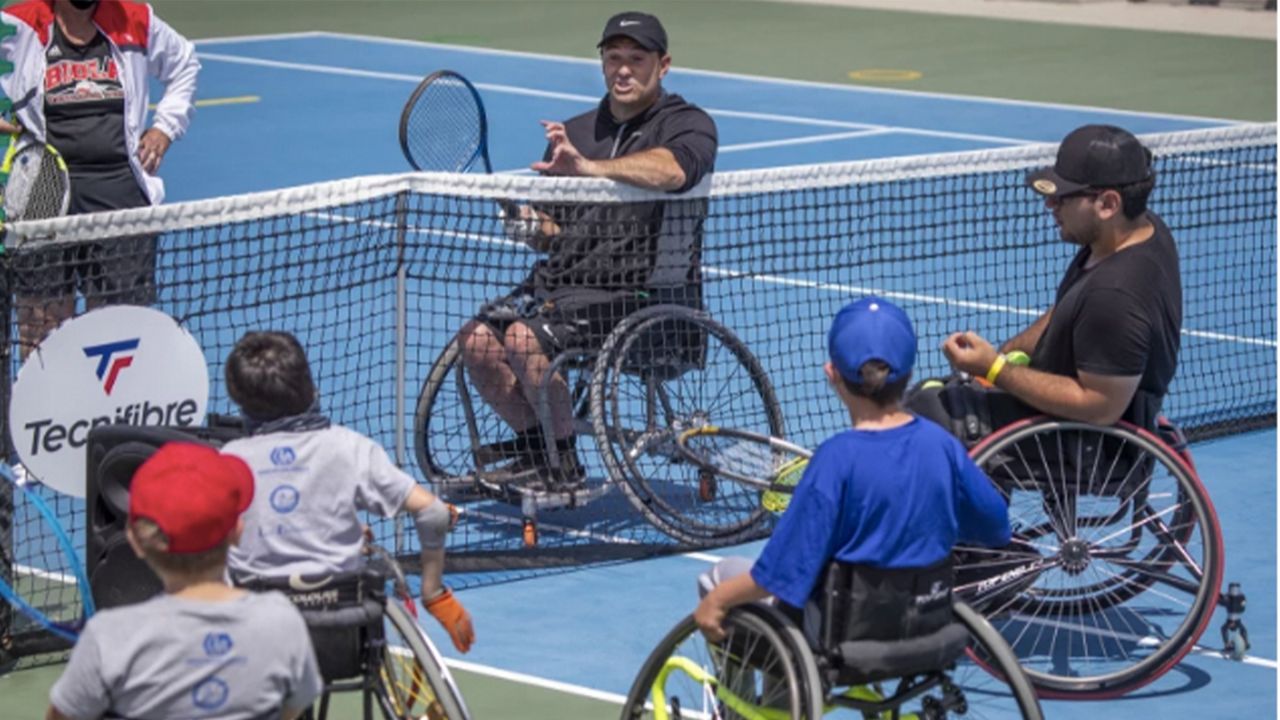 David Wagner was born in Los Angeles and grew up in Washington state. At 21, he broke his neck, chasing a frisbee into the Pacific Ocean — leaving him a quadriplegic.

But that hasn't stopped him. He took up wheelchair tennis and has won eight medals in the last four Paralympics. And now, the 47-year-old athlete is set to compete in the upcoming Tokyo Games. In an interview for LA Times Today, Wagner joined Spectrum News 1 anchor Kelvin Washington with his story.

After his accident, Wagner said he thought he would eventually walk again and did not realize the severity of his injury.

"Right off the bat, I had no idea what had happened. I played sports all my life, and I figured it was a stinger, and I would be up and about in no time at all. Slowly but surely, that did not happen; I got into the hospital, and doctors started poking and prodding and asked me if I could move this and that—and that is when I realized that this might be more serious than I thought."

Despite the hurdles, Wagner was determined to continue staying active however he could.

"While doing my rehab, I learned about parasports, and I started with table tennis. My buddies would come up, and we would play table tennis in the rehabilitation hospital, and what I really enjoyed about it was that it was something I could do with my non-disabled friends. So they did not have to be in a wheelchair to play against me, and I could be sitting in my chair while they are standing up. Then one time, I saw an ad for a wheelchair tennis clinic in the Portland, Oregon area, and I thought that sounded great. So I went down there and learned about wheelchair tennis, struck my first ball out of the wheelchair, and fell in love with the sport," Wagner said.

Along with learning how to play wheelchair tennis, Wagner is also giving back to the community.

"The enjoyment I get is helping the children or a newly injured adult, at that matter, be able to do something that they did not think they could do. So for me, it is really cool to have them come to one of the clinics that we put on and learn about the sport. And, whether they take it to the highest level—whether they are going to be a Paralympic medalist or make the Paralympic team—just the sheer fact that they can go to the tennis court with their friends or family is so awesome. Many times the disabled individual becomes the goalkeeper or the referee rather than the athlete. So this is an opportunity now where the person with a disability can be seen as an athlete.

Wagner is qualified for the delayed 2020 Tokyo Paralympics, scheduled for Aug. 25 through Sept. 5, and he is training full time at the Olympic training center in Chula Vista.

"I am very excited if the games can take place, and we get the opportunity to go over and represent the United States and play at the highest level in our sport. As far as precautions, I know what to expect by playing within a bubble already. I have played in the Australian Open, where we were very tight and could not leave. And the U.S. Open also had a bubble where athletes could not cross a line; if you did cross the line, you would be expelled from the event. I feel like I might know what to expect, a little bit more than some of the athletes who have not completed inside of a bubble yet."