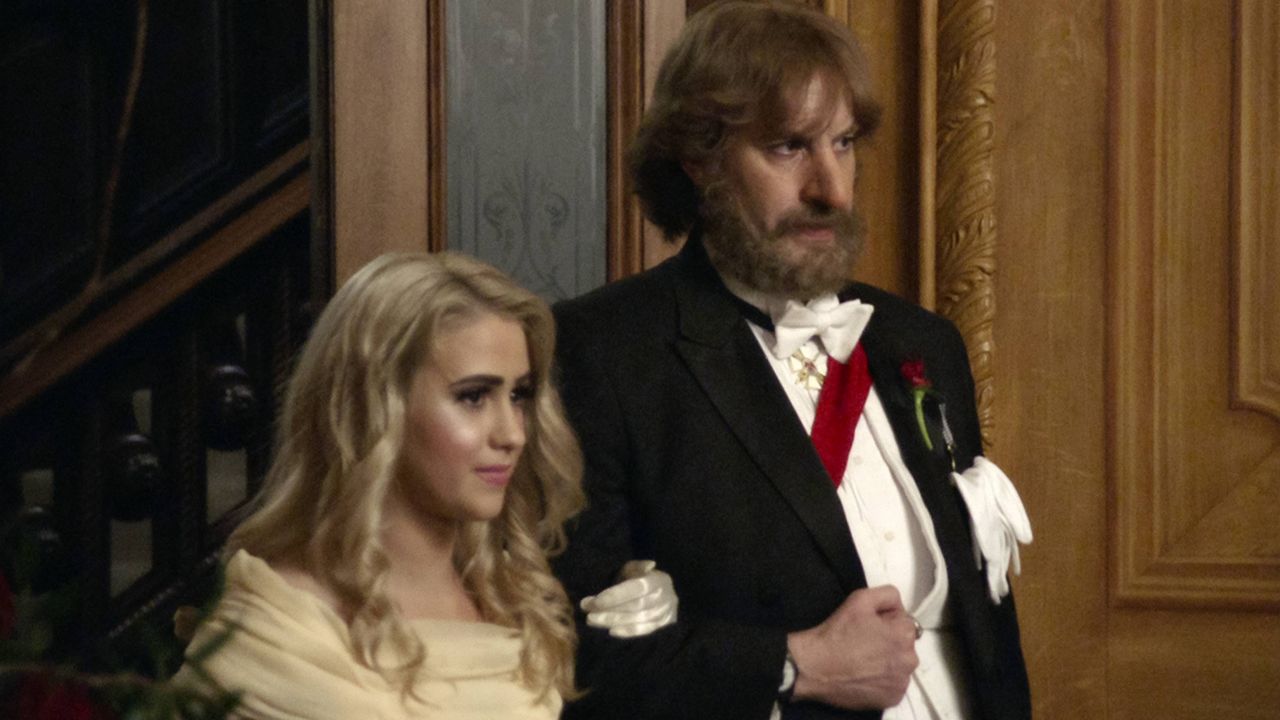 Maria Bakalova's life was forever changed when she won the part of Borat's naïve 15-year-old daughter, Tutar, in "Borat Subsequent Movie Film," the sequel to the Borat "Mockumentary" that came out in 2006.


The film brings Sacha Baron Cohen's "Borat" character back to America, this time with his daughter in tow. Now Bakalova is the first Bulgarian actress nominated for an Oscar.

In an interview for LA Times Today, Maria Bakalova joined host Lisa McRee to talk about her role.

When Bakalova got the part, she said everything was very secretive, and she did not tell her family about her new role.

"I did not want to make my family nervous because we shot some pretty crazy scenes. I am glad I kept the secret because when my parents watched it, they were happy I did not tell them about it earlier."

Bakalova studied drama theater in Bulgaria but said she was not trained for this type of role.

"I was extremely nervous before every single scene. You cannot train for this, and I was a very disciplined child. I was someone who would read books and listen to classical music. It was scary and nerve-wracking, but you have to do it. It is your duty as an actor. Especially if you are like Sacha and want to make the world a better place, it is a duty."

Working with Sacha Baron Cohen has been a rewarding experience for Bakalova, and she said he is one of the most supportive people she has ever met.

"I wish every other actor had a guardian angel on set like Sacha Baron Cohen was for me. His support has been unwavering from the beginning. He is extremely smart and talented and inspiring because just looking at him and seeing how he has the energy to do all these things has been inspiriting for me."

One of the biggest lessons Bakalova learned from Cohen was not to be afraid to take risks.

"You have to trust your instincts, and you have to try to be a good person because we are all human beings. We are all equal, and if we love each other and support each other more, the world will be a better place. I believe Sacha Baron Cohen is a hero of our days because he is making a revolution through his art,” she said.

Even though Cohen is known for his humor, the film covers serious themes, and through her role, Bakalova was part of a message about sexism.

"I am grateful that they created Tutar's character. We live in a world where we should start treating each other equally and with love and respect because being a woman is hard. People think that we are weak because we are more vulnerable but being vulnerable means you are actually strong; showing your feelings and emotions outside means that you have strength. It is a little bit scary because many times we try to please society just because they have certain expectations about how you should behave and how you should look. That is wrong; you should be happy with who you are, and you should never try to be somebody else but yourself,” she said.

Bakalova is nominated for an Oscar for best-supporting actress for her role in "Borat Subsequent Moviefilm." She said she is honored for this recognition.

"I am happy and grateful, but I intend to use this platform to try to bring more attention to artists from my region of the world—from Eastern Europe. I want to support women and artists from Bulgaria so they can be able to be here next year. We need more different faces, different accents, and different nationalities because that is the beauty of the world,” she said.

Watch LA Times Today at 7 and 10 p.m. Monday through Friday on Spectrum News 1 and the app.

Wow Wa We Waa!
Thank you to the @TheAcademy for this honour! I really can't believe this - to hear my name in the company of these remarkable women and their breath-taking performances is a dream come true! I am so grateful to @SachaBaronCohen and my #BoratSubsequentMoviefilm fam https://t.co/OZcdy6Hntq