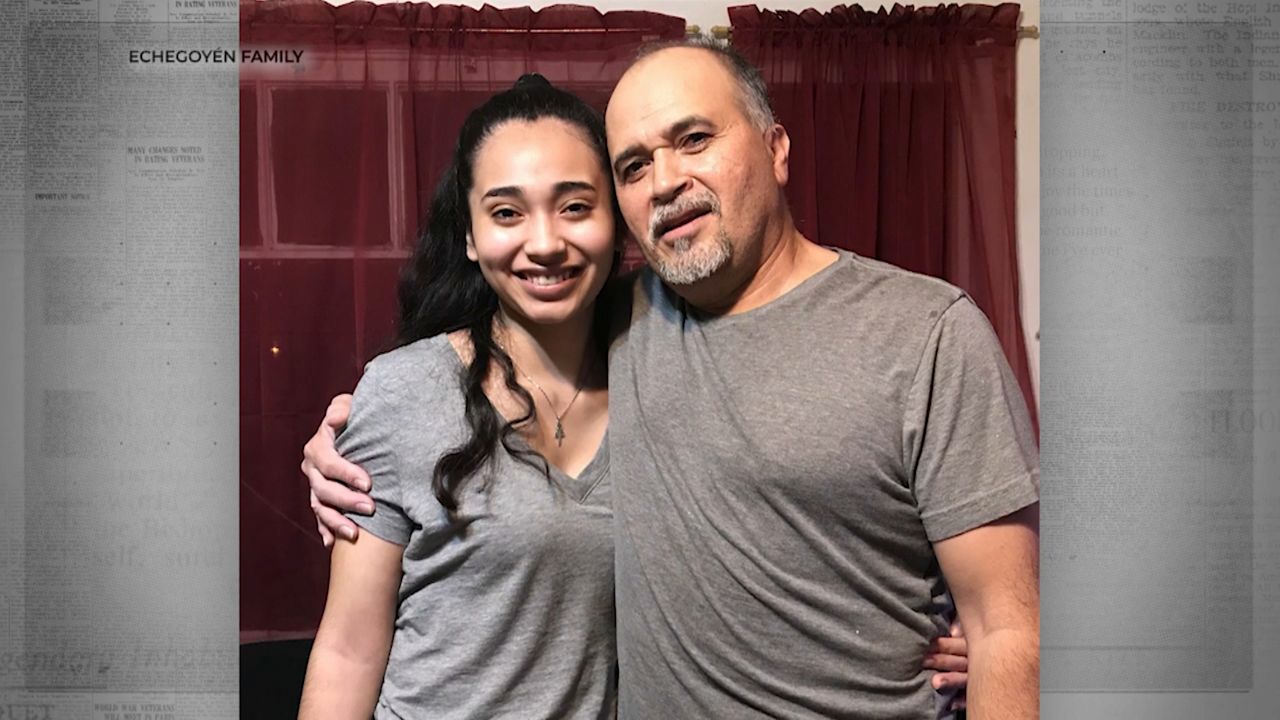 Santa Ana Teen Gets Into Harvard After a Year of Hardship

The daughter of Mexican and Salvadoran immigrants, Santa Ana High School student Cielo Echegoyén was always focused on her goal of attending college. But when her father faced deportation, Cielo knew she had to help and immersed herself in studying law to help free him.

Months later, her father was released. And Cielo, well, she’s headed to Harvard.

A video of Echegoyén’s acceptance to Harvard went viral, but she admits that she was nervous about the recording.

“I had my doubts about letting my sister record it because I was unsure of what the outcome was going to be," said Echegoyén. "But, I cannot stress how glad I am that I have that memory on tape."

While Echegoyén’s acceptance was a joyful moment, the journey that got her there came with a lot of pain due to her father’s arrest.

“It was the summer before my Junior year, and none of my family members saw it because it was before we had woken up," said Echegoyén. "It was very confusing, and there was a lot of fear. But I was able to morph it into helping people, and I am so privileged that they trust me enough with their stories.”

Echegoyén’s father lost his job and was at a detention center for six months.

“He was in one detention center in Orange County for about a month and a half," added Echegoyén. "Then he was moved to the Adelanto detention center for the remainder of the six months. I describe his conditions as very cold. When I would visit my dad, the skin on his hands would peel because of the cold, which would make me very emotional. I know that it could not be comfortable, and it could feel intimidating to speak to a loved one and just have people looking at you. So, it definitely was not ideal."

While her father was in the detention center, Echegoyén focused on helping him and other detained people.

“My sister participated in an internship called Project SELF or Summer Employment and Law Firms ten years earlier," said Echegoyén. "And, they remembered her even though it had been a decade and agreed to represent my dad pro-bono. So after my dad returned, I enrolled in project SELF. I was able to help a man who was detained while my dad was detained and one of his friends.”

Echegoyén wrote about this painful journey in her college essay, which was difficult for her to put on paper.

“I feel that up until that point, I had used my academics as a distraction," said said Echegoyén. "During my Junior year in high school, I had taken six AP's and I had extracurriculars, and I was just using it, as much of it as I could, and not really think about my family’s situation. Then it came time to apply to college, and I knew I wanted to begin to reconcile the events that had happened in the past year. So, I decided to speak on that topic, but I would start writing and would get very emotional. And it was just difficult on me to all of the sudden think about something that I had ignored for so long.”

Echegoyén is excited and nervous to start college this year and said she looks forward to experiencing a real fall season.

“I look forward to experiencing four seasons and getting used to the snow, which we do not have here in California. But I am definitely nervous not to be close to my family when my dad’s case is ongoing. He knows that I am always going to be calling and that I will not leave him alone. But it’s definitely scary to know that I am not going to be physically close when he is still going through it.”