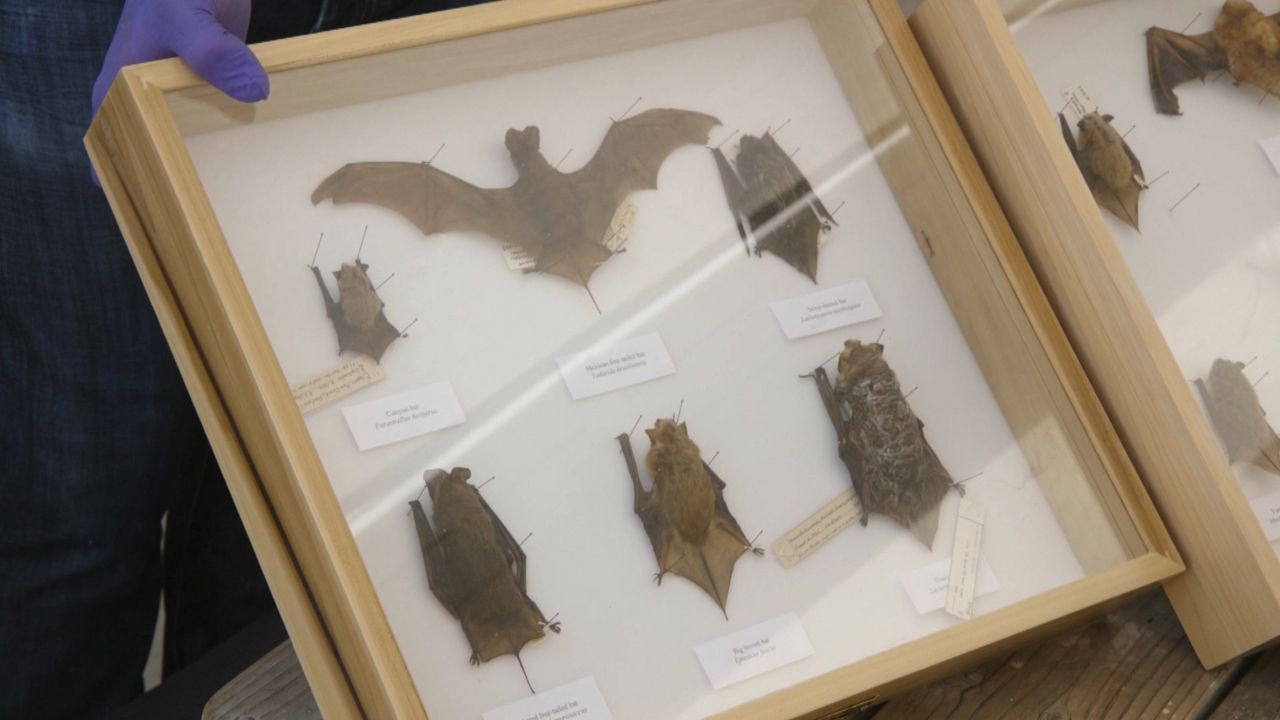 Like them or not, bats are everywhere in Los Angeles.

There are at least 19 known species here, which play an essential role in our ecosystems. Most of what we know about these winged creatures comes from studying them in the wilderness. But now, there's a large-scale study of bats in L.A.'s urban core, called the Backyard Bat Survey.


The backyard bat survey is led by Miguel Ordeñana, a Community Science Manager at the Natural History Museum of L.A. County.

"First of all, bats are not scary, and in L.A., they are tiny," Ordeñana said. "Most of them are like little cotton balls with wings, and they have tiny teeth. So they're not after us — they're intimidated by us."

To monitor the bats, Ordeñana uses devices called acoustic detectors. They have an ultrasonic microphone that picks up frequencies that are above the range of all human hearing.

"Bats use sound to be able to make a mental picture of what's in front of them," he said. "So they use echoes and ultrasonic sounds to make that visualization of what's in front of them. We have 22 bat detectors out right now, and it's unprecedented information that we're gathering right now. As we continue to sample different regions every year, we'll know more about the barriers of different bat species."


All bats in the L.A. area eat insects.

"By eating, they're eating mosquitos, known as the most deadly animal on Earth because of the diseases they pass around," said Ordeñana. "And they eat agricultural pests that otherwise would attack our crops. It's saving us billions of dollars every single year because they're acting as natural pesticides."

Not only is this exciting for scientists, but it is also a good way for families to learn about nocturnal nature.

"We're learning and making discoveries together, which is I think a unique opportunity," added Ordeñana. "And it gets people from diverse backgrounds knowledgeable and appreciative of these animals, and wildlife in general in urban areas."

If you'd like to learn more about how you can help with the Backyard Bat Survey, visit the natural history museum's website at nhm.org and search for "Backyard Bats."

All about the Backyard Bat Survey and Why L.A.'s bat man needs your help, via @latimes: https://t.co/KLtuHu2pcY pic.twitter.com/kCJbD5pD0q