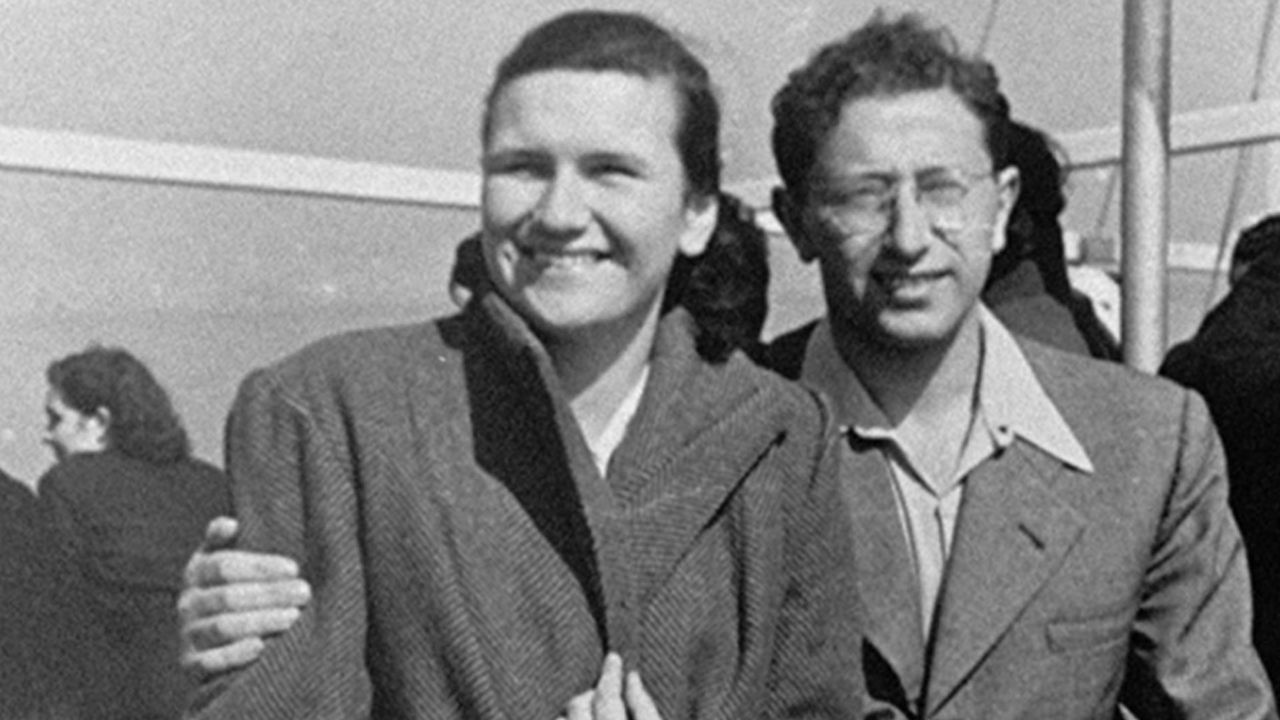 The Life and Legacy of Dr. Good, Who Survived the Holocaust

He was a kindly family doctor in the Southern California community of La Puente. He was delivering babies, caring for the sick, and even making house calls. His patients didn't know that his past included one the darkest periods in our world's history. L.A. Times Staff Writer Kevin Baxter joined us to share the story of Dr. Good.

Baxter's mother was pregnant with him when his family moved to Southern California from Philadelphia, and she needed a doctor right away. She went to a phone book, saw the name of Dr. Good, and chose him.

It took four decades for Baxter to find out what Dr. Good's history was. His mother had passed away, and he decided to invite Dr. Good to her memorial.

"During the reception, he comes over and starts talking to me. He then tells me that he was a Holocaust survivor and tells me his story about the amazing things that happened to him during the Holocaust. My family and I knew Dr. Good had an interesting back story, but never would've guessed that he was a holocaust survivor and that his wife worked in a forced labor camp during the war," added Baxter.

Dr. Good was a beloved family doctor in his community, but most patients didn't know that his past included one of the darkest periods in our world's history. @latimes staff writer @kbaxter11 shares his story tonight on #LATimesToday at 7 and 10 p.m. pic.twitter.com/s00cjD5C3M

Dr. Good's real name is Wowka Zev Gdud; he is Jewish and grew up outside Vilna, Poland, which was the world's largest and most important center for Jewish culture. When the German's invaded, Dr. Good thought he could outrun them. He got on his bike and pedaled as fast as he could but was caught, along with other refugees.

He was rounded up that night and taken to a pit along with 500 other Jews.

"The Jews were lined up on the edge of this pit and were shot in the back of the head and dumped into the pit. He slipped in the dirt, right before the guards shot him, and fell into the pit. The guard thought he was dead and didn't fire again, and Dr. Good managed to escape. There were about 100,000 Jews that were killed at that site, and he was one of 10 that survived that," said Baxter.

Dr. Good had survived three similar execution attempts. At one point, he ended up living in the forest with his father. It was while hiding in the woods that Dr. Good decided to become a doctor. His father had grown delirious, suffering from fever, chills, and swelling in his neck, and his son was unable to do anything to help him.

"At the time, he told himself that if he survived this, he would become a doctor because he never wanted to feel that helpless again. He and his father did survive, and his father lived until 1969. After the war, Dr. Good went to Italy, not knowing a word of Italian, and two years later, he had a medical degree," added Baxter.

While he was in Italy, Dr. Good met his wife, Perela Esterowicz, who also survived the Holocaust. Before moving to New York under President Truman's Displaced Persons Act, she earned a degree in organic chemistry. There she and Dr. Good got married, learned English, and adopted the names William and Pearl Good. They started a family and moved to California.

Today, Dr. Good and his wife live in Azusa's care facility, and they have been married for 67 years. "We spoke on the phone. He is 97 and in great health. His wife is 92 and also doing very well. And, they just keep going. Even COVID-19 can't knock them off," said Baxter.

Column One: Discovering the life story of Dr. Good, who survived the Nazis https://t.co/t9hrHaNsfH