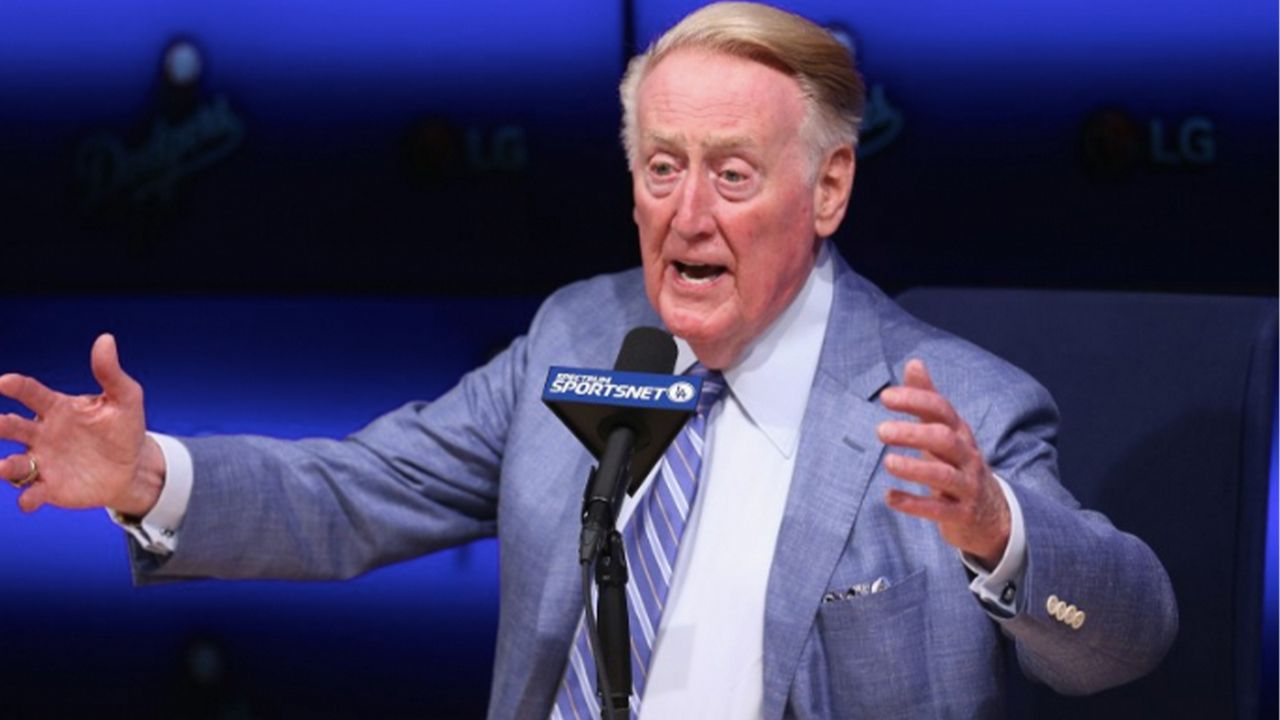 Legendary Dodgers broadcaster Vin Scully retired in 2016. The now 92-year-old Scully began calling games in 1950 when the franchise was located in Brooklyn. Over the next seven decades, his voice was synonymous with the Dodgers.

Scully decided to begin using social media after he collapsed in his driveway four months ago.

“He woke up in a hospital with broken ribs, a broken nose, a concussion, and a chipped tooth. And then he was immediately placed in assistant seclusion back at his house with the COVID and everything. He couldn’t go anywhere, and couldn’t get around without a walker. I think he felt a sense of isolation for the first time since his retirement,” said Plaschke.

Vin Scully is now tweeting, and the internet just became a much nicer place https://t.co/PGB6YIFJsF

In an arrangement created by his close friend and longtime local baseball benefactor Dennis Gilbert, Scully will speak out his thoughts on everything from current Dodger drama to memorable baseball anniversaries in posts that will include some of his most famous calls. Scully even asked his fans not to be mean and to use social media for good.

“He’s like 'Don’t ask any controversial questions. Don’t ask who’s better —I’m not gonna say. I’m not going to be involved in that. I just want to be kind. I just want to talk to my friends.' I mean, it’s almost like it took Vin Scully to remind us what Twitter should’ve been like in the first place,” said Plaschke.

Many fans have reached out to Scully and tell him how much they have missed them. Yet, Scully admits that he’s the one that needed them.

“I would suggest that more people go on Scully’s social media sites to follow him, tweet him, and retweet him. You know, he’s just a treasure of wisdom and storytelling, goodness. He’s just sitting in his chair, talking to the camera, and he loves to do it,” added Plaschke.

Scully also used his recent fall to connect with his mortality. He is cleaning out his memorabilia room and auctioning off his most valuable souvenirs so his large family can enjoy the proceeds while he’s still alive. More than 300 items from Scully’s collection will be sold at auction on September 23.

In addition to that, Scully is donating some of the proceeds to ALS type of research at UCLA since his wife is suffering from an ALS type of illness.

“A lot of times when celebrities and aging sports stars auction stuff off, it’s because they are broke. Or it is because they want to pay the mortgage or they want to buy a second house. Vin just wants to be charitable and wants to see smiles on the faces of his family. It’s so Vin, it’s so perfectly Vin to do this. He’s cleaning out the room, taking stuff off the walls and selling them to fans, so he could enjoy his children enjoying the proceeds of the benefits,” said Plaschke.

Hello everyone! This is Vin Scully here. Excited to be on Instagram. Have a great day! #VinScully