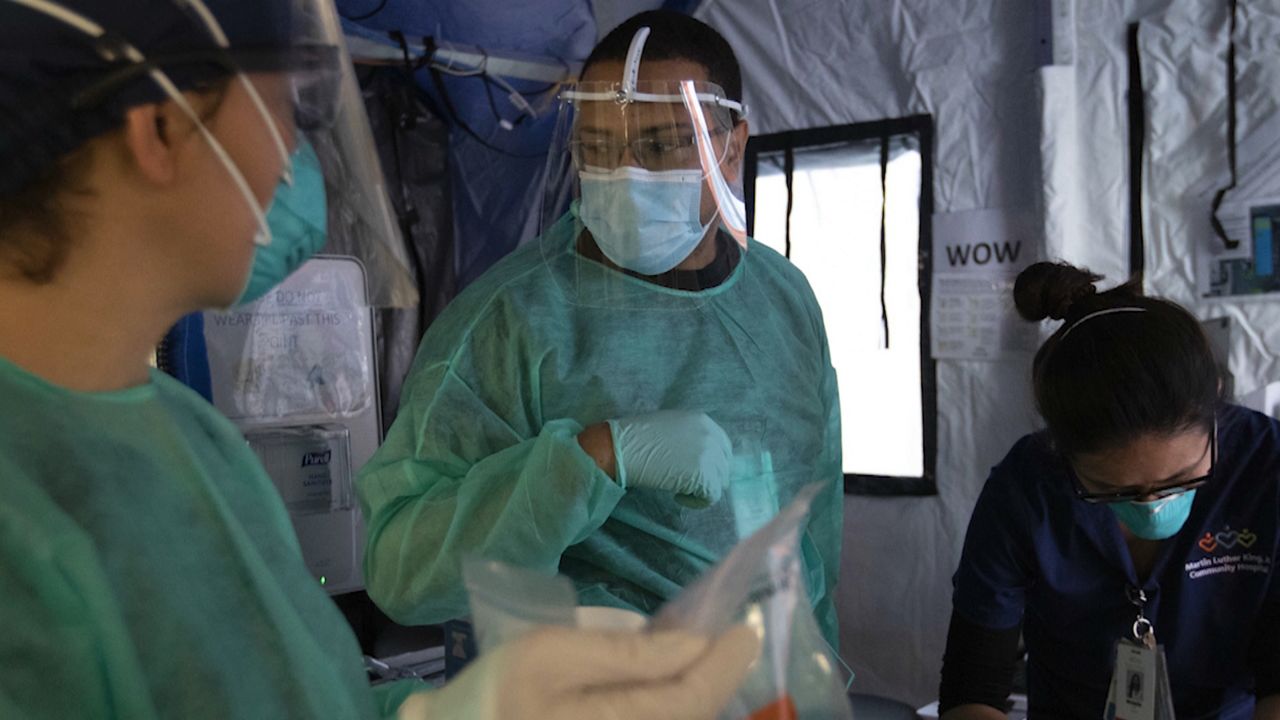 EL SEGUNDO, Calif. — In January, a 38-year-old salesman and his family landed at LAX as they made their way home from a family vacation. But it would be more than a month before they returned to their hometown — of Wuhan, China.


The public health officials in L.A. knew it was just a matter of time before they got a coronavirus case. There is so much traffic between China and Southern California, so they put the word out with the medical community while working with the Centers for Disease Control and Prevention.

“Then, on January 22, a 38-year-old man, Qian Lang, was walking through the terminal at Tom Bradley International terminal. He was with his family, his preschooler son and his wife, and he came up to a customs official asking for help. He said he felt sick, and that he came from Wuhan and that he was feeling terrible. So they take him to a CDC screening, and he became the first person in L.A. to test positive for COVID and the fourth person in the United States,” said LA Times investigative reporter Harriet Ryan.

Lang was so significant because he was the only known case for five weeks. Therefore, they had a lot of time to spend on him.

After a distastrous Mexican vacation -- bouts of exhaustion, nasty stomach bug, a relative's unexpected death -- a young family just wanted to get home. Instead they ended up in a secret ward at Cedars. https://t.co/I3VWruAbzC

Lang and his family had originally planned to go to Cancun, Mexico, having flown from Wuhan. The situation at Wuhan was under control at that point, and they only had two deaths reported in the entire city.

So, Lang and his family flew through LAX to Mexico City. When they arrived at their hotel in Mexico City, that’s when they began to feel sick. While at the hotel, the family received a call from Wuhan, saying that Lang’s wife’s mother had suddenly passed away.

Then the family decided to head back home, and when they landed at LAX that second time, that’s when Lang described feeling powerless and asked the customs official for help.

Lang was first taken to a Cedars facility in Marina Del Rey and then to the main Cedars-Sinai center on Beverly. “He and his family were placed in a special isolation ward under a lot of security, with a guard," said Ryan. "The files were held under what’s called 'break the glass,' which is what they use for celebrities to make sure no one is spying on them. His wife and son ended up testing negative for COVID, and he did test positive."


Health officials learned so much from Lang’s case. He was one of the first people to take remdesivir, which helped him greatly. However, Cedars did not release a press release when it came to Lang’s case.

“I found out about this mysterious Chinese family in early April," said Ryan. "I teamed up with two other reporters at the time, and we started to see what we could find. Although Lang was in top-secret lockdown at Cedars, he was sort of a demi-celebrity in the medical research world because many papers were written about his case by the CDC and other scientists who were trying to cure others."

It is not known that Lang had infected anyone else. He has returned home and does not want to be interviewed by the media.

“We reached out to him through the blog that had interviewed him," said Ryan. "And there is a lot of bad blood between the U.S. and China over the coronavirus. So we understand that, but we were glad we were able to tell his story."