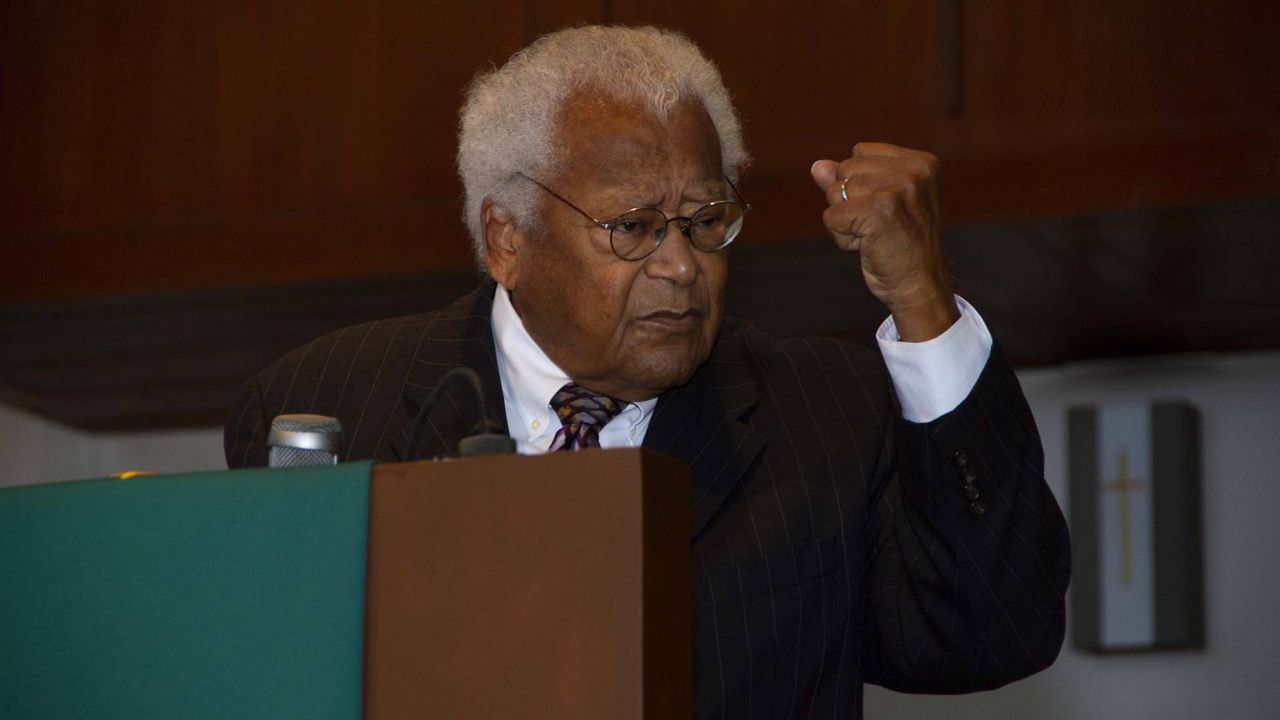 Credited as the architect of the Civil Rights Movement, Reverend James Lawson played an integral role in the nonviolent protests of the south in the 1960s.

Lawson was called upon by Dr. Martin Luther King, Jr. to teach his practices of nonviolence to students in order to protest against racial discrimination laws. Now in his nineties, the civil rights icon opens up about his life and legacy on LA Stories with Giselle Fernandez.

In the 1950s, Lawson spent 13 months in prison for refusing the Korean War draft. After being released, he traveled to India, where he learned Gandhi’s practices of nonviolence. He took these practices back to the U.S., where he met Dr. King, and together they began their fight for justice.

Lawson went to work, preparing protesters with nonviolent tactics and showing them how to respond when confronted with violence. He organized student sit-ins, marches, protests, and the historic freedom rides of the 1960s. The movement grew, and segregation laws in the south were soon deemed unlawful.

"It simply meant to me that this was a movement on the right path, to help the United States become a nation where its own historical documents come true," said Lawson.


Continuing the fight for equality, in 1968, Lawson called upon Dr. King to speak to the crowd during the Memphis Sanitation Workers’ Strike. It would be the last speech that Dr. King would ever give. The next day, he was assassinated. The loss was a painful one for Lawson.

"It was grief that lasted several months in the painful stages, but it was grief that also had the purpose of trying to work with how we can move the movement onward," he said.

Lawson moved to Los Angeles in 1974, where he became pastor of the Holman United Methodist Church. Today, he continues to fight for equal rights for all and says that while the protests against racism in 2020 have been successful, we must keep up the fight against all injustice.

"As far as I can see, the journey of the race has to be towards dismantling the old wrongs, helping new structures to take the place that will correct them and change them."