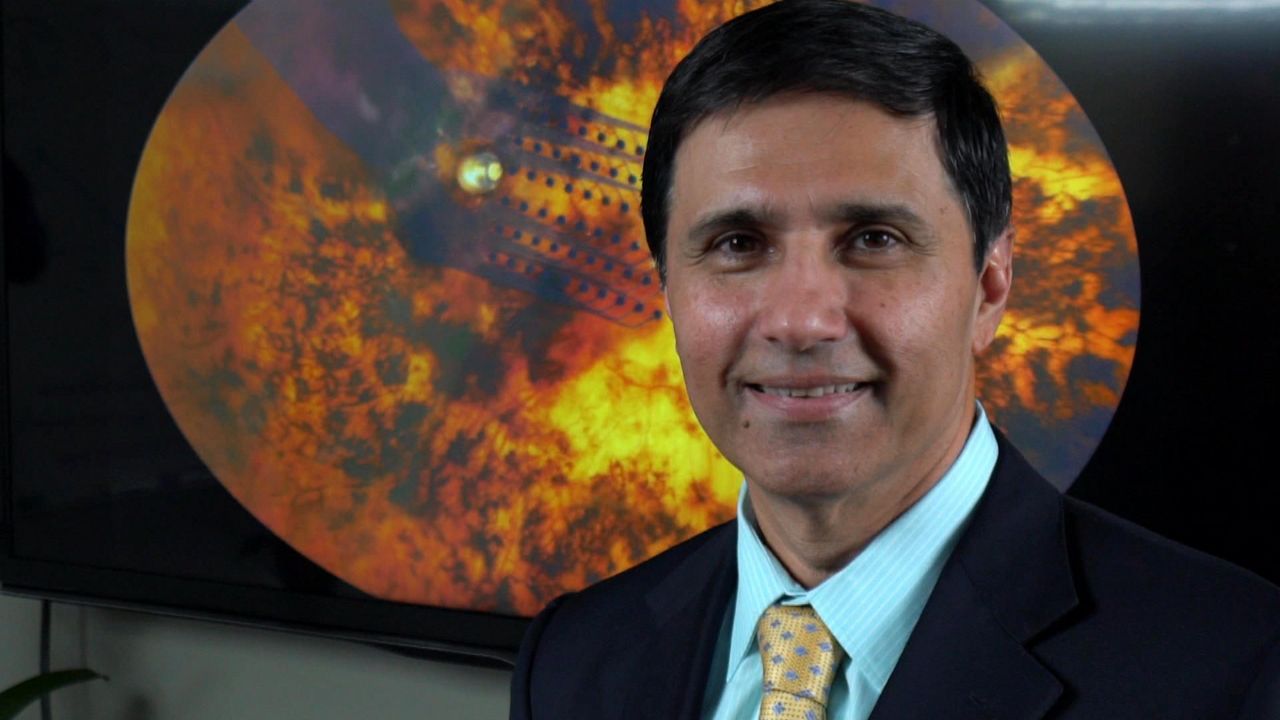 Dr. Mark Humayun of USC on Quest to Find Cure for Blindness

LOS ANGELES —  Dr. Mark Humayun has taken what many considered science fiction and made it science fact, giving hope and sight to the blind worldwide.

Dr. Humayun shares on LA Stories with Giselle Fernandez how his lifelong quest to find a cure for blindness was inspired by watching his grandmother lose her sight due to diabetes complications.

After three decades of research, Dr. Humayun innovated what is being called the world’s first "bionic eye." For his impact, in 2016, President Barack Obama presented the ophthalmologist, surgeon, and engineer America’s highest honor for science and innovation—the National Medal of Technology. He is the first Pakistani-American to receive the award.

"When we implant the #device we see a learning effect. The patient is now using the #eye's remaining #cells after perhaps decades of complete #blindness, and suddenly getting used to this type of stimulation" - #usceye's Dr. Mark Humayun on the Argus II Retinal Prosthesis System pic.twitter.com/1SRSE6kMRT

By using bio-electronics and understanding how the brain works, Dr. Humayun’s invention is a miracle for people suffering from retinal degeneration.

The Argus II “bionic eye” is a camera mounted on special glasses that sends a signal to an electronic receiver with electrodes that are implanted in and around the eye.

The electrodes send stimulating signals to the retina and then those pulses travel through the optic nerve to the brain where they are interpreted as images allowing patients to see again.

Just like an iPhone, software upgrades will over time give patients further visual enhancements. Some compare the Arugus II to the glasses worn by Geordi in Star Trek.

A self-proclaimed sci-fi fan, Dr. Humayun says he came up with the idea for the Argus 10 years before the show aired. In addition to the bionic eye, Dr. Humayun recently led the innovation of stem cell therapy that is now giving sight back to people suffering from macular degeneration—the leading cause of blindness in America.