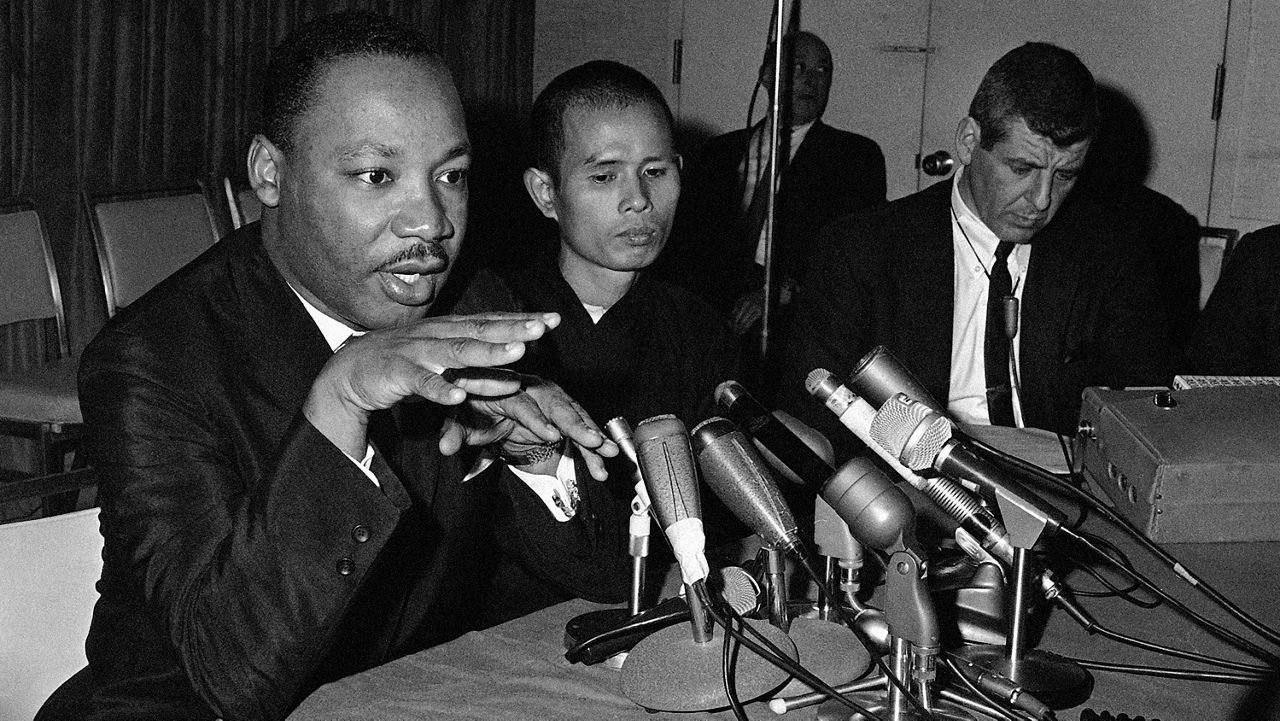 The University of Southern California is hosting a screening of “MLK/FBI” followed by a conversation with director Sam Pollard for their 42nd annual celebration of Dr. Martin Luther King on Jan. 17.

“Inside the Issues” host Alex Cohen sat down with filmmaker Sam Pollard and USC Annenberg Professor Miki Turner to discuss the film and its parallels to our current moment.

Pollard said he was first inspired to create the documentary after reading a book by David J. Garrow called “The FBI and Martin Luther King, Jr.” that exposes the government’s extreme use of power to surveil the late civil rights leader and other Black activists in the 1960s.

“The FBI, under the auspices of J. Edgar Hoover, saw King as one of the most dangerous Negroes in America, so they were going to try by any means necessary to destroy his reputation by first saying he was connected to the Communist Party,” the “MLK/FBI” director explained.

Once these efforts failed, the Federal Bureau of Investigation interrogated King’s personal life in an attempt to wreck his reputation and career. Pollard wanted the documentary to exhibit the emotional and psychological tolls this constant surveillance and monitoring had on him and his family.

“He was a radical, which people forget because now he’s been blessed as this icon, but back then he was considered so radical and so dangerous that they were trying to figure out how to destroy this man,” Pollard said.

Journalist and USC professor Miki Turner said she was particularly struck by the film since she had the chance to meet King as a child. She noted the documentary pressed her rosy view of the civil rights leader’s internal life as these federal investigations were underway.

“It brings up so many questions such as, how far do we need to go to delve into the private lives of these icons, these people we put on pedestals, and also what this does to his legacy,” she added.

Pollard hopes his documentary will help people connect these attacks on freedom to our current cultural moment.

“It’s amazing that we keep repeating history over and over again, where you think we would have learned something about America and what it means to be a democracy, but I don’t think we have, so when you watch ‘MLK/FBI,’ it’s sort of a mirror to how we are today.”

Miki Turner will host a conversation with Sam Pollard following a screening of “MLK/FBI” on Jan. 17 at 7 p.m. The event will be held at the Eileen Norris Cinema Theatre and tickets can be reserved for free at eventbrite.com.