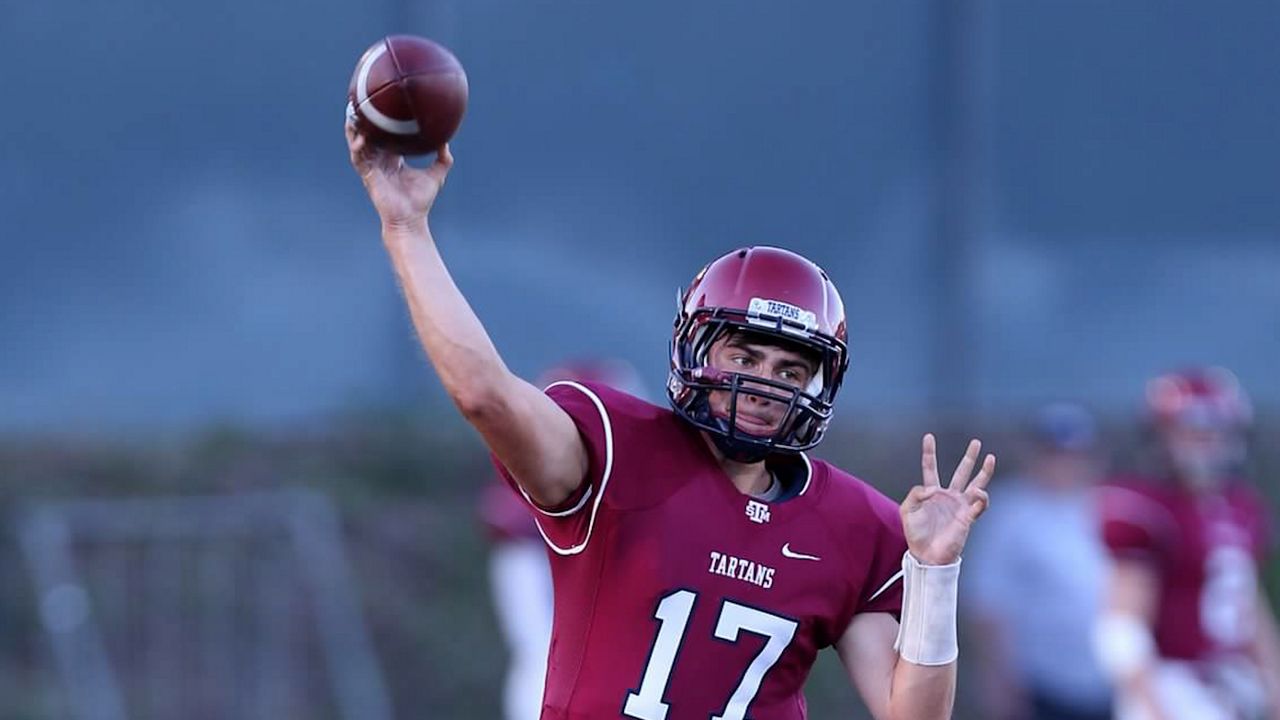 Her license plate says it all… "Heart Check."

“We actually travel to community-based venues and provide comprehensive cardiac evaluation to provide early detection to as many people as possible,” said Holly Morrell, who started Heartfelt in 1999.

The nonprofit is dedicated to saving lives from sudden cardiac arrest through heart screenings, education and raising public awareness.

Morrell is a survivor herself.

She lives with a genetic disease called hypertrophic cardiomyopathy, where the heart muscle becomes thickened and can make it harder to pump blood.

“In our family, there were potentially 11 family members to be considered and out of the 11, nine had the disease,” Morrell said.

She was motivated after finding out Scotty Lang, a football player at Fountain Valley High School, died of sudden cardiac arrest during a practice.

“Like 30 days later, we were doing a heart screening at Fountain Valley High School where we screened 500 kids that day to provide early detection to save lives in Scotty’s honor,” she said.

Over 20 years later, Heartfelt has provided over 55,000 screenings. Ten to 12% of those screened are referred to a cardiologist for further evaluation. To date, the group has helped save more than 1,000 lives. Morrell said cardiac arrest doesn’t discriminate.

“We screen ages 5 and up from any walk of life. They don’t have to be an athlete and when we do screen at the high schools, it’s typically up to the schools as to whether they invite family members and community members,” Morrell said.

One of those was Ryan O’Hare, a former high school football player at St. Margaret’s Episcopal in San Juan Capistrano. He was screened by Heartfelt during his freshman year.

“A week after I got screened, my parents got a call, [and] got told, ‘Hey, you might want to go see a cardiologist,’” O’Hare said.

So, he did and was diagnosed with a condition called Wolff-Parkinson-White Syndrome, which creates an extra electrical pathway between the chambers of the heart, causing a rapid heartbeat.

He was fine until two years later, when an A-fib attack sent him to the hospital, but the diagnosis from the screening enabled doctors to act quickly.

“Heartfelt gave my family the tools to understand my heart health, so when I eventually had a heart condition and my heart became a serious medical problem, my family was able to tackle it immediately,” O’Hare said.

Doctors performed a necessary procedure, and O’Hare said he’s been fine ever since.

“I then went back to football two weeks after my condition, and I was playing in the playoffs with my football team that year. It was amazing,” he said.

But Morrell said lawmakers and health care providers must do more. She said sudden cardiac arrest strikes 1,000 people a day.

“If it’s the number one killer, then why isn’t early detection available to the masses? It doesn’t make any sense,” she said. “We should be making better efforts in this country to address this issue of cardiac arrest being the number one killer and, in my humble opinion, it’s often a preventable tragedy.”

O’Hare feels it’s vital to share his story and get the word out to others.

“Even if one person sees this and decides to go get heart screened, that’s worth it in my book,” he said.

Now 25, he’s forever grateful to Morrell, who he calls not just a friend but a guardian angel.