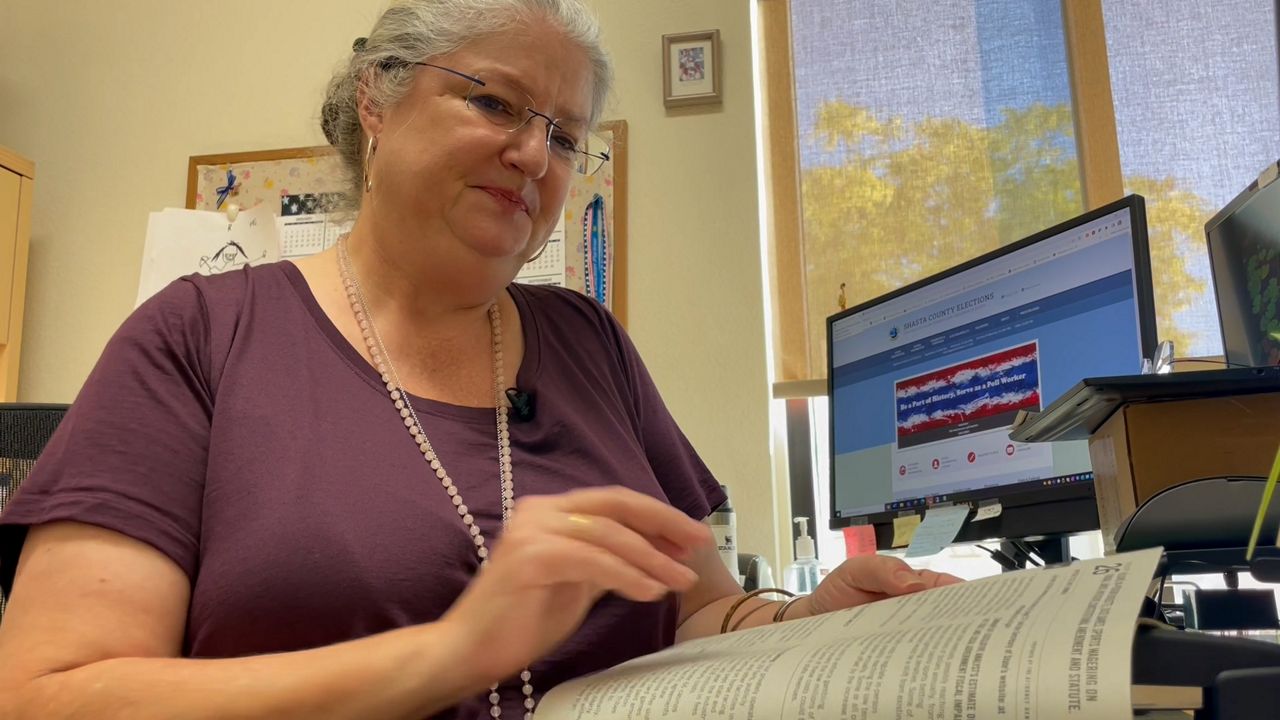 California has a new law to protect election workers' privacy

SACRAMENTO, Calif. — Election workers experienced a rise in threats and harassment in the fallout from the false claims about the 2020 Presidential Election being stolen from former President Donald Trump.

Two years later, election workers across the country have dealt with all forms of intimidation tactics that make them feel unsafe and unable to do their jobs.

A new California law, Senate Bill 1131, authored by state Senator Josh Newman, D-Fullerton, allows election workers and other government employees to enroll in programs to keep their addresses and other personal information confidential.

Election officials can now enroll in the Safe at Home program that’s currently used by domestic violence survivors and people who work at abortion clinics.

The brunt of the election harassment is levied at the local level in many rural California counties. Smaller election offices lack the security resources to protect its workforce from the harassment, according to Kim Alexander, the president and founder of the California Voter Federation.

“The places we are seeing activity around election conflict in California are some of the smaller, rural northern counties. Particularly Nevada County, up here just north of Sacramento, and Shasta County,” Alexander said.

Cathy Darling Allen, the Shasta County Clerk and Registrar of Voters, has seen the changes first-hand.

“This is a job that five years ago was really under the radar and very demanding, very high stress, but at the same time not a lot of attention was paid to the process and that’s very different now,” Allen said.

A 2021 report from the Brennan Center for Justice found one in six election workers have been threatened because of their job, and one in three feels unsafe.

“I have not had any direct threats to myself or to the office, but I have had lots of phone calls where people were very aggressive and using terrible language, screaming and yelling. I’ve had people follow me to my car. It’s just a situation where the job is not the same,” Allen said.

Far-right activists in Shasta County have become vocal about their belief elections are being stolen and have made unconstitutional demands following the defeat of several Republican candidates in the June primary.

“We have people who want to talk about and examine front to back the whole way that elections are conducted — and we welcome those questions but those questions turn into threats or turn into unacceptable, invasive behavior,” Allen said.

The harassment around the election process has caused many workers to quit their positions or not seek reelection.

“I feel confident that our counties are going to be able to manage the election sufficiently. But we do have to worry about whether we have a deep enough bench to continue to staff elections,” Alexander said, “It's really a lot of work, people don’t appreciate how much complicated details involved in putting on an election in California.”

Despite the increased harassment and intimidation, Allen continues to do the work because she understands the importance of her role. While there is a loud minority, Allen prefers to focus on positive experiences with community members.

Allen recalls an interaction she had with a local veteran that reminded her there are a lot of people in her community who appreciate the work her office does to protect democracy.

“He said, 'Thank you for your service,' and for a Vietnam combat vet, I mean, it’s so touching," Allen said. "It just cements for me the work that we’re doing. We’re on the right path. We’re doing the right thing by conducting elections ethically, with transparency."

Because of the midterm elections, SB 1131 included an urgency clause, so the law went into effect immediately after it was signed by Gov. Gavin Newsom on Sept. 26..