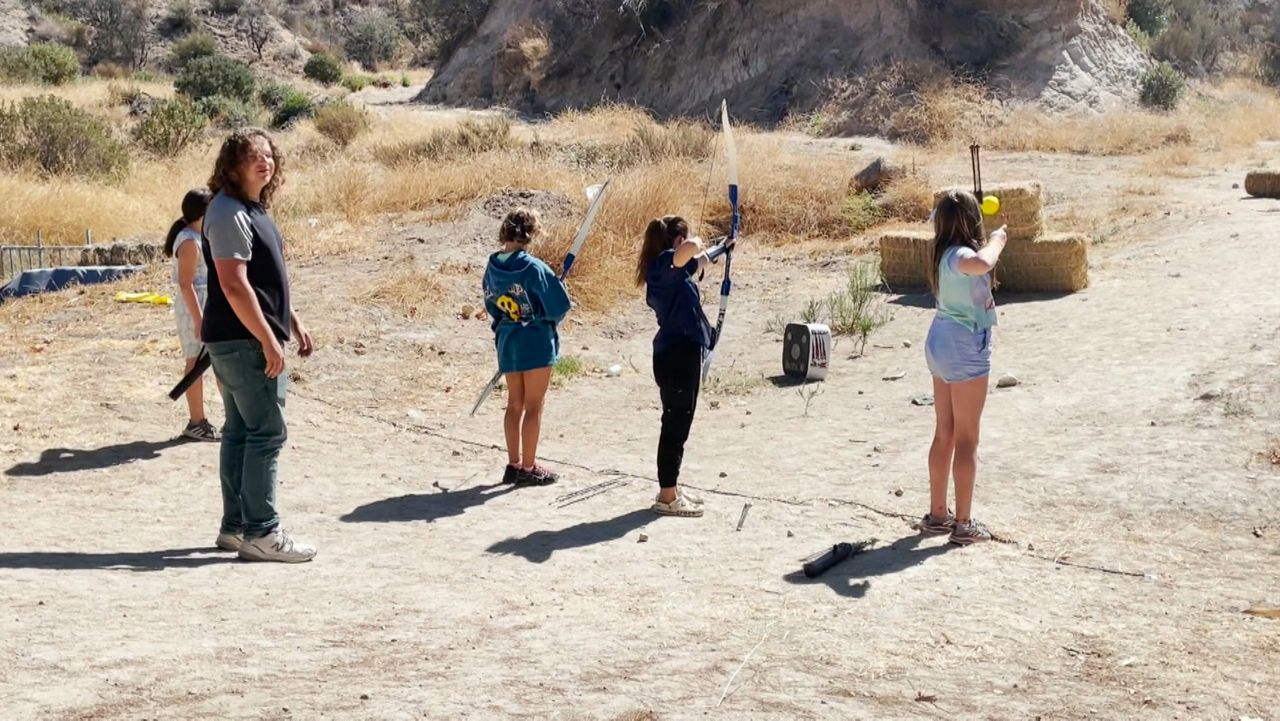 For camp counselor Yakiv Berin, it isn’t just another day at sleep-away camp. It’s a welcome distraction from the horrors of war he and his family fled in Ukraine.

"It was like more than three days to go from our city Odessa to New York," he said.

Berin and his sister were part of a 12-day session at Camp Gesher, the only camp for Russian-speaking Jewish children living in North America.  As a counselor, Berin's been a keeping a close eye on his younger sister.

"She has already made some Ukrainian refugee friends and some friends from the United States," Berin said.

The Shalom Institute, which runs the camp, partnered with the Jewish Federation of Greater Los Angeles, the Genesis Philanthopy Group and private donors to raise $80,000 in three weeks — enough money to bring 29 Ukrainian refugees to the overnight camp for free. The campers range in age from 8 to 17.

"We had to jump at the chance to allow these kids to have a summer where they can meet other kids, where they can explore Southern California, where they can just be kids again," said Rabbi Noah Farkas, president and CEO of the Jewish Federation of Greater Los Angeles. "We really have met this rising tide of hatred and of authoritarianism with a equal rising tide of love and kindness."

Camp director Lena Geller got the idea after traveling to the border of Ukraine and Poland earlier this year and wanted to do more to help.

"They’re getting a lot of love. They’re learning a completely different culture for them," she said. "One little boy from our youngest age group came to me, hugged me, like really, really tight and said 'You’re so great. Thanks so much for doing this camp. I’ve never experienced anything like this.'"

Geller has seen so many examples of American campers helping the refugees feel comfortable and adjust to their new surroundings.

From the start of camp to the end, she saw a real transformation among the refugees.

"It’s like you’re buying the little flowers and they’re blooming in your house and you can see in 3 days, they look completely different."

None of the refugee campers wanted to speak directly on camera, but when one of them saw the camera, he did a little mock interview with Berin.

"It’s so cool, even if you don’t speak English like me. You’ll get a lot of cool activities, pool, sports. You'll like it," the camper said.

But the experience wasn’t without its issues. Camp leaders say one refugee went home early and mental health professionals on site were keeping busy.

"It’s been a challenge but imagine adding that the pandemic along with war and not being in your home and being a refugee," said Rabbi Bill Kaplan, executive director of the Shalom Institute.

But for Berin, a refugee himself, watching his sister and other campers like just get to be kids again has been rewarding for him, too.

Kaplan says bringing the refugees here wasn’t a choice, but a moral obligation.

"To be able to provide this experience, it elevates us all," he said.

It's an experience these young campers can carry with them for the rest of their lives.