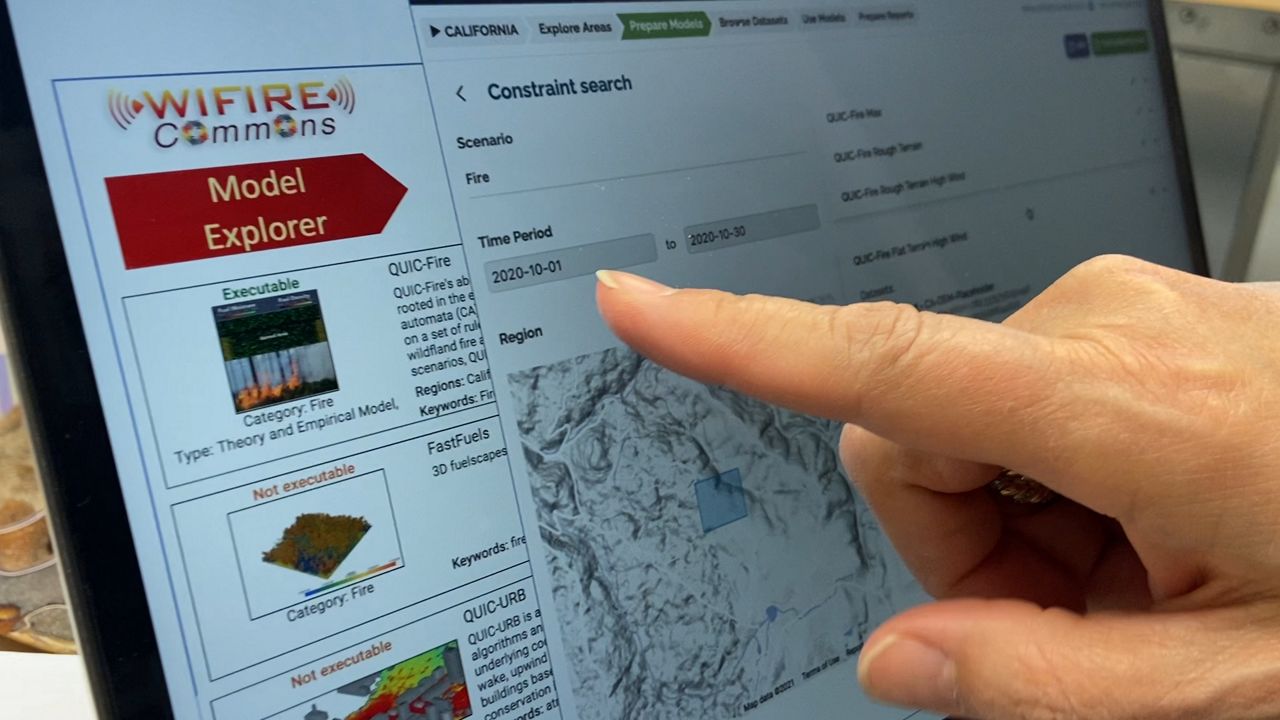 Images of raging wildfires have become commonplace in California. According to fire experts, it is no longer a question of if there will be a massive forest fire but when and where it will ignite.


"Topanga Canyon is due for a wildfire because the vegetation is growing out of control, and every time I drive through it, I imagine our technology really helping," said Yolanda Gil, director of New Initiatives in AI and Data Science at USC's Viterbi School of Engineering.

While some scientists are developing ways to better stop the flames, Gil and her team of fellow AI researchers at USC's Information Sciences Institute are looking at how to start them using artificial intelligence to better plan controlled burns.

She is currently working with researchers at the University of California, San Diego's Supercomputer Center, which gathers all kinds of data, including weather. İlkay Altintas is the director of the WiFire Lab at UCSD and the project's principal investigator.

"Where would be the most effective burn under conditions and can that be planned to ensure we can effectively match that criteria," Altintas said. "I feel like this is one of the most impactful things I could help with."

She and her team have helped drastically improve image resolution as well as create a 3D version of data, enabling researchers to see the height of the vegetation in various areas.

"If you don't have data on vegetation and its 3D structure and content, you cannot accurately predict fire behavior," Altintas said.

Gil said the AI could automate choosing the right model to run a controlled burn based on factors and tradeoffs.

"Different days, different wind speeds, different temperatures, different times of year. [We're] trying to optimize, so that we minimize the harm to air quality," she said.

"We need to do 10 times more [prescribed burns] a year to get out of what we refer to as the fire deficit," Altintas said.

The researchers said using AI to crunch numbers allows for more prescribed burns and speeds up the entire process from days to hours.

"We can be much more systematic and comprehensive and pick the best options available, not just the ones that a human could get to in the time that they had," Gil said.

For humans fighting the worst fires, Gil said AI is their best ally yet.