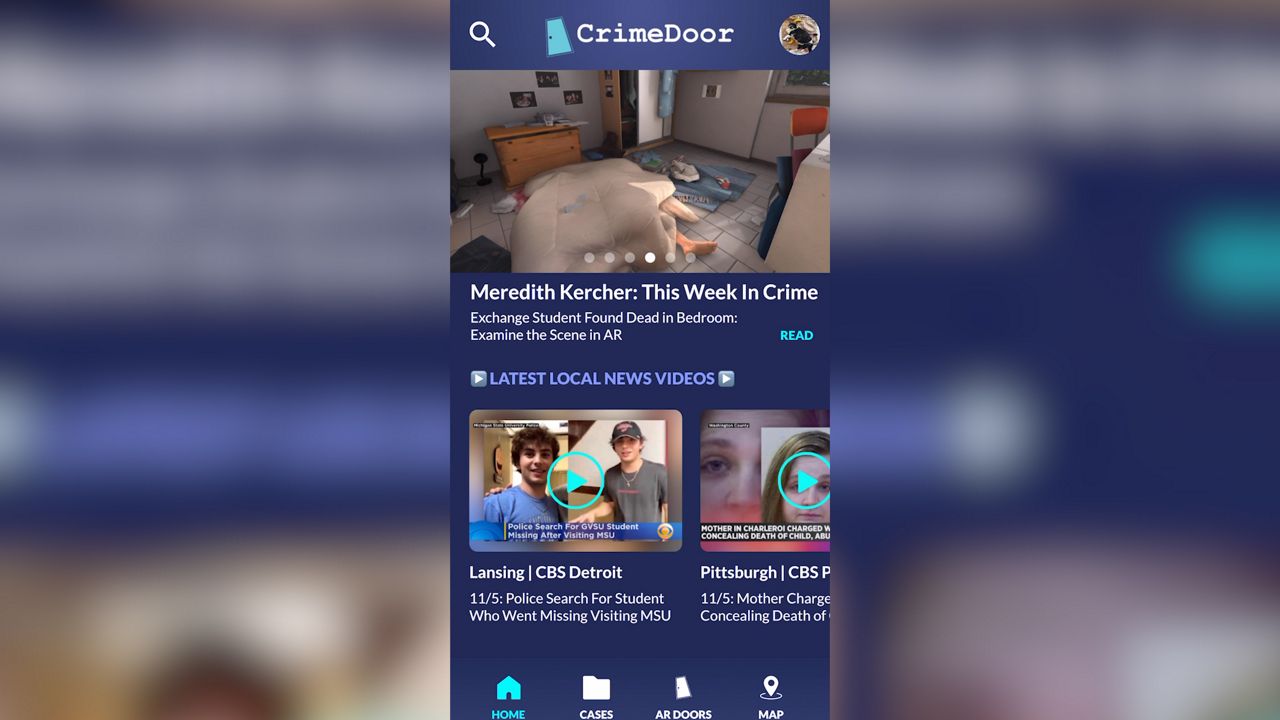 Think of it as the missing person's poster for the modern age — a 3D image that can be projected inside your living room using augmented reality on a smartphone.

"It's in your space. You can walk around it. It's fully three dimensional, so that really imprints on your brain in a different way," said CrimeDoor Co-Founder Lauren Mandt.


Lauren Mandt and her husband Neil Mandt first launched the CrimeDoor app a couple of years ago.

"It's the one stop shop for all true crime news and information that's hand curated everyday," she said.

Neil Mandt is a longtime entertainment producer and has a background in the augmented reality and virtual reality world, and his wife loves true crime. The app features more than three thousand cases, with new ones added each day.

"Each case is dedicated to a victim, so it's really a profile of the person and we focus on missing persons, mysterious deaths or murders," Lauren Mandt said.

"It's really getting the word out because every person is important and their story needs to be told."

Doug Loehner is the brother-in-law of Rebecca Zahau, who was found hanging naked in a mansion in Coronado in 2011.

"You're torn because this is your family member but then it puts it out there and everyone can see," Loehner said.

Zahau's death was ruled a suicide, but her family is suing to reopen the case. Loehner said CrimeDoor has been a big part of that effort.

"You get attention, you get conversations and from conversations you get to move in the direction you want to move to get some attention drawn to your case so you can get a new agency to look at it, a new investigation into it," he said.

The media is often criticized for the lack of diversity in its coverage of missing person cases.

"We are completely neutral. We will do it for anybody who has a victim that they know who they want attention for. We will make a profile and a missing persons or a seeking information poster for free," Neil said.

The couple hopes this latest addition to their app will give a stronger voice to victims everywhere, harnessing the power of the public and a little technology to help solve crimes.

"The idea that we could maybe we could find somebody who's missing or give some resolution to a family who's lost somebody, what would be better than that?" Neil said.