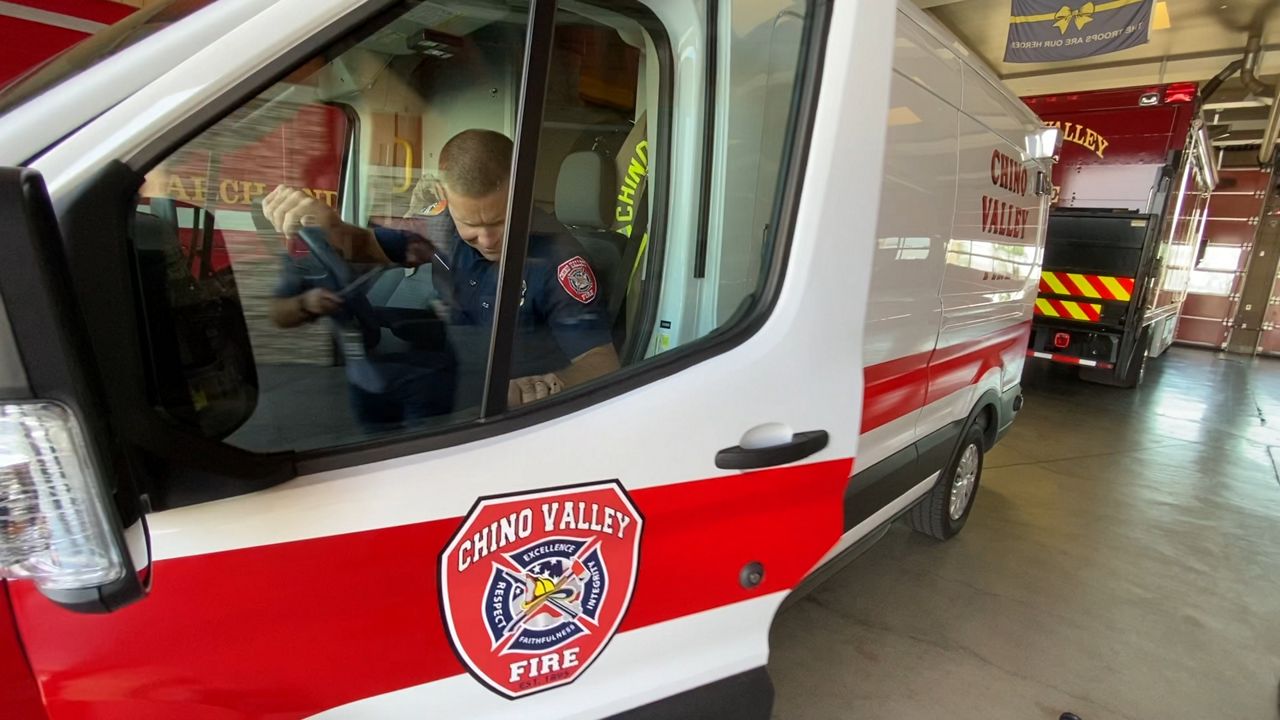 When people hear about ATVs, they likely think of an all-terrain vehicle for outdoor adventures.

But for the Chino Valley Fire District, ATVs — or "alternative transport vehicles" — are helping to save lives.


"People that are having a medical emergency shouldn’t worry whether they’re going to be transported or not," said Massiel De Guevara, public information officer with Chino Valley Fire District.

American Medical Response contracts with San Bernardino County to provide ambulance services in the middle of a major staffing shortage.

"Part of that is due to the pandemic and also due to paramedic programs, training programs being placed on hold," De Guevara said. "Chino Valley Fire District and American Medical response entered into an emergency agreement that does allow the fire district to transport within the Chino Valley."

It’s the first time Chino Valley Fire District has had to use the ATVs, which have all the same equipment and capabilities of an ambulance.

"It’s just something that we as a fire district thought it was important to do, so that we could provide that care for our constituents," De Guevara said.

Chino Valley Fire District operates two ATVs, and between them, they have been responding to anywhere from 25-30 calls a day and transporting about half of those patients to the hospital.

"We have a gurney," said Jacob Feenstra, a firefighter paramedic. "We have all the Advanced Life Support equipment."


Feenstra and Steve Sands are both new to Chino Valley Fire and still on probation.

"All of our engines and squads, they’re all carrying the same equipment, and so that works out nicely because if we ever run to the scene, they’re all set up uniform," Sands said.

They’ve noticed an uptick in COVID-19 patients but say they have seen a little bit of everything. In fact, while the interview was happening, they had to run.

The district is always ready to provide life-saving services to the community, no matter what the ongoing pandemic puts in its path.

"We are here for them, and we will be able to transport them," said De Guevara.