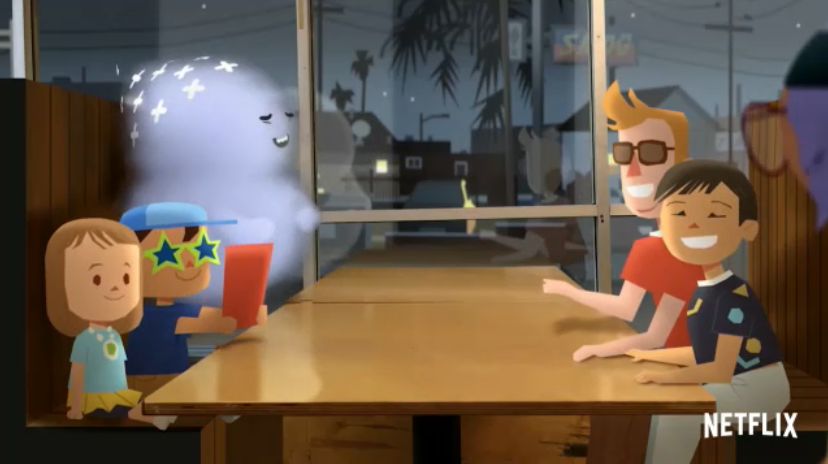 “City of Ghosts” is a new animated series on Netflix about a group of kids who are obsessed with ghosts and travel around Los Angeles learning about the city’s complex history.

The show’s creator, Elizabeth Ito, tells “Inside the Issues” she was inspired to create the series after her own personal experience with the supernatural. When she was 6 years old, she says she saw a ghost in the hallway of her house in the middle of the night. She cried out for help, but her father was too terrified to come out of his room.

“He told me he saw it too and that he believed me,” Ito said. “And the more that I think about it now, it really affected me as a kid just knowing, having your parent believe you when you tell them about something like that.”

Ito explains it was difficult to sell a children’s show that presented ghosts as real creatures who are good conversationalists and not your typical horror story creatures. But when she pitched the series to Netflix, she focused on presenting it through the eyes of the main characters.

“I sort of approached it that way where it's about ghosts, but it's also about these really strong-willed, excited, creative kids,” Ito added.

The “City of Ghosts” creator says she wanted to cast real people to voice the characters in the series to better capture the people, neighborhoods and stories throughout Los Angeles. And while the show discusses big issues like gentrification throughout the city, she mainly wanted to explore these topics from a child’s perspective.

“We miss the things that were so colorful and so unique about particular parts of the city, and as stuff gets gentrified, there's this sort of homogenization that takes place,” Ito said. “I was really looking at how we illustrate people that are still here because not everything's gone yet.”

Let “Inside the Issues” know your thoughts and watch Monday through Friday at 8 and 11 p.m. on Spectrum News 1 and on the Spectrum News app.