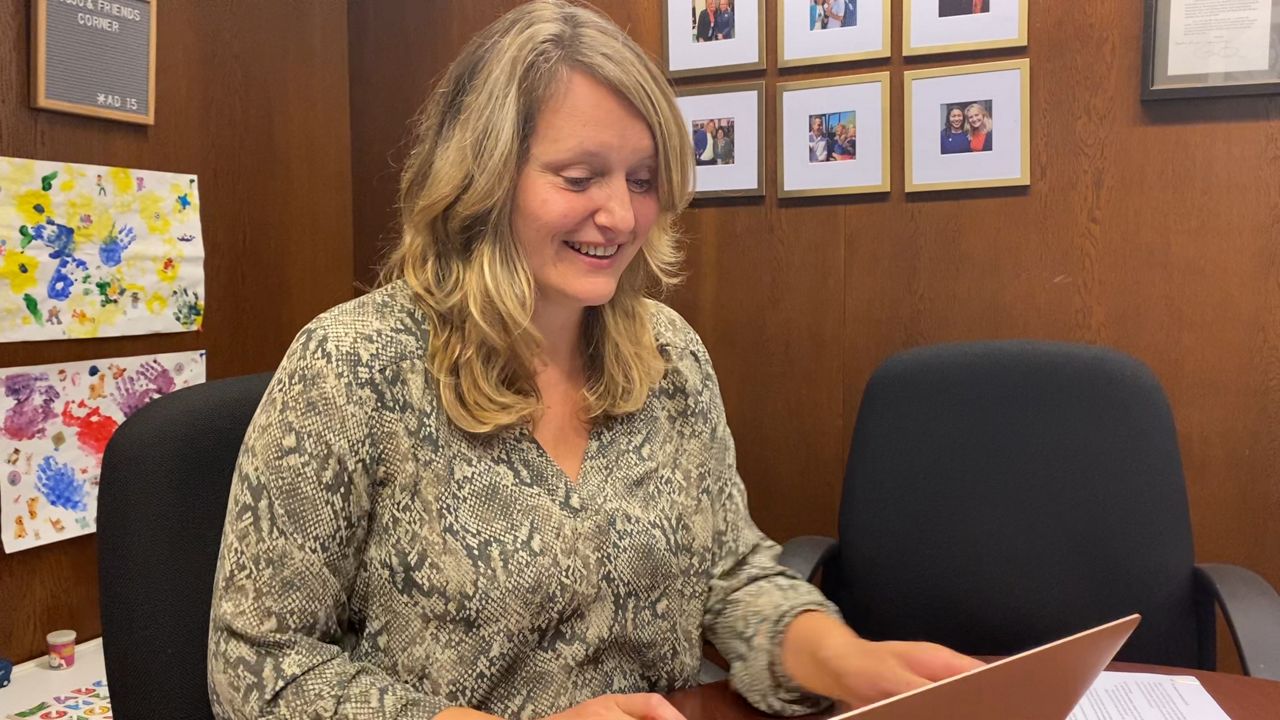 SACRAMENTO, Calif. — Assemblywoman Buffy Wicks, D-Oakland, made international headlines nearly a year ago when she brought her newborn baby to vote on the Assembly floor after she was denied the option to vote remotely amid the pandemic.

The memorable moment of Wick holding her newborn daughter at the end of last year's legislative session became a symbol for many working mothers balancing a career and motherhood.

"You're juggling how do you compete with your work and being a parent, and you kind of feel guilty across the board," Wicks said.

The Oakland legislator remains committed to both her kids and constituents, which at times meant bringing her girls to work.

"Elly, my littlest one, spent eight hours in a public safety committee hearing with me a couple months ago because we just didn't have childcare, so we needed to do that, and it is cute, but it's also hard. It's stressful," she added.

While not ideal, the assemblymember considers herself lucky for being able to bring her daughters to the Capitol on days like these, but she knows that's not the case for many mothers who had to abandon their jobs during the pandemic.

"My hope is that coming out of COVID, we will have an awakening here in the country around what policies we need to ensure that families are safe and happy and have the resources that they need," Wicks said.

Wicks hopes to make things easier for California families by amending a law that currently only allows workers to take time off to care for a loved one if that person is a spouse or blood relative.

"This disproportionately impacts new immigrant communities who often live in multi-generational housing and have caregiving responsibilities for people who don't fit that narrow definition. And the LGBTQ community, who while they can get legally married, often don't, and or create what they call 'chosen family,'" Wicks explained.

According to data from the Census Bureau, only 18% of American families follow the traditional nuclear structure. Wicks said AB 1041, also known as the Chosen Family Act, would end the state's discriminatory policies when it comes to sick and family leave laws.

Another one of her bills advancing in the legislature is focused on reforming the Employment Development Department by creating a consumer advocate office. The new office would be in charge of directly responding to those experiencing issues while seeking unemployment benefits.

"It's another avenue for people to take if they're not getting the resources they need, the communication that they need – a place where they can go to," Wicks notes.

Wicks also authored legislation that would give people who've been sexually assaulted by law enforcement more time to file a civil lawsuit. She says the bill partly stemmed from a Bay Area News Group investigation that looked at how the state deals with officers who break the law.

"There were 600 law enforcement officers within the last 10 years who had been charged [with] a crime – 50 of those were sexual assault in nature, and we've seen cases across the state," Wicks said.

Wicks shares that she's excited to have had seven of her bills pass in the Assembly and hopes her colleagues in the Senate will help get her to get them to Gov. Gavin Newsom's desk.