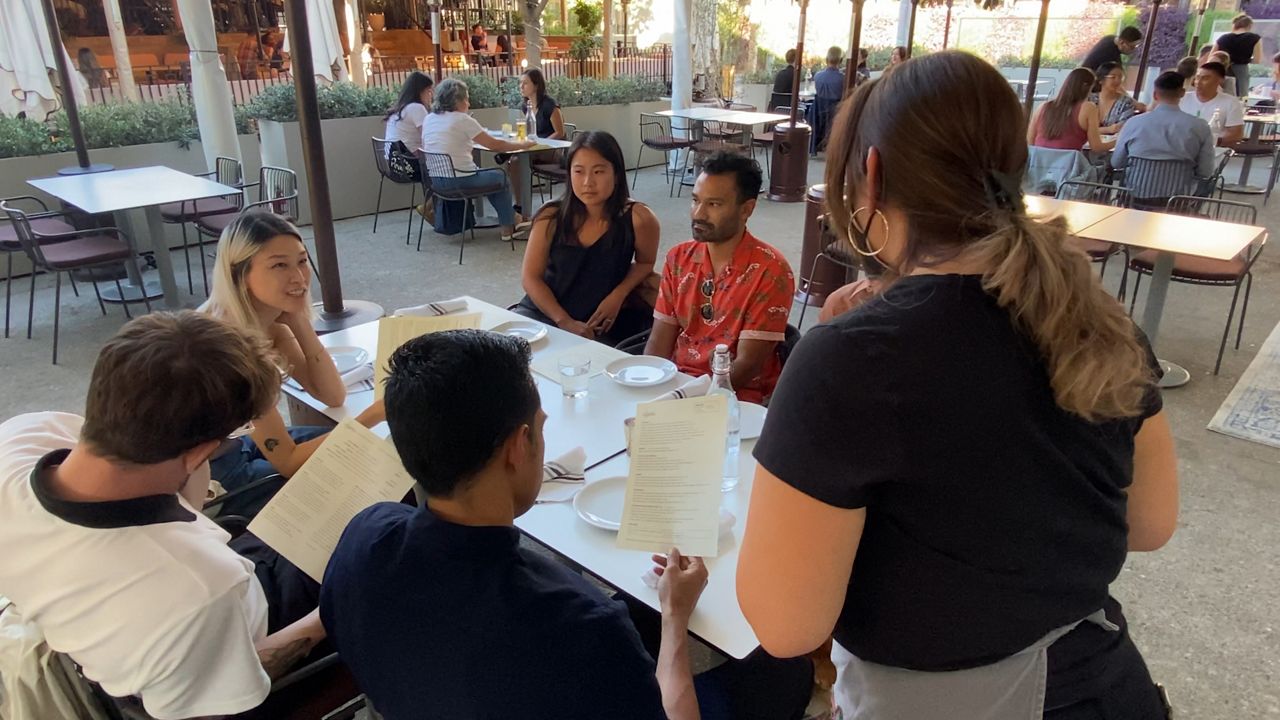 When Dina Samson looks at all the changes her restaurant Rossoblu has been through during this pandemic, she almost can’t believe it.

"This is our 13th pivot, our fourth opening," she said.

Samson's still grateful to be open again and her customers are equally thankful.

"It’s my first time in 14 months, so it’s a little weird but I think I’m OK. Being fully vaccinated helps," said Barbara Rodas, who was out celebrating with her family.

"Hopefully everybody gets vaccinated and gets out to eat so that we can start supporting our restaurants," Rodas said.

But support from customers is only part of the road to recovery for the entire restaurant industry. Samson says business was down 60-80% at Rossoblu due to the pandemic. As a result, she’s played a big part in fighting for federal funding to help small restaurants get back on their feet.

"We actually created the Independent Hospitality Coalition which then connected with the Independent Restaurant Coalition, and we were on daily calls with them trying to figure out what can we do in our community to help push this agenda that the IRC had of this restaurant grant," she said.

The Restaurant Revitalization Fund will distribute $28.6 billion in relief grants nationwide to help countless restaurants make payroll, pay down their debt and survive the pandemic. Samson says she owes her landlord hundreds of thousands of dollars.

"Our house is, you know, mortgaged to the hilt to keep this restaurant open," she said. "To be able to capture that and to pay off all our older bills and to be able to have a buffer going forward just in case, I mean, that is just, thank God."

The Independent Restaurant Coalition launched in March of 2020 with 20 restaurant operators. Now, more than a year later, it has over 100,000 members, including Samson who says the restaurant industry is the largest private employer in the U.S.

"The fact that we’re a $1 trillion industry and that we put back 90% of that into the economy - I mean, that’s a huge number, and I don’t think anybody really realized that," she said.

Samson encouraged several other owners to reach out to their lawmakers and educate them about the restaurant business and its needs.

As of May 5, the White House reports 186,200 restaurants, bars, and other eligible businesses in all 50 states, Washington, D.C., and five U.S. territories had already applied for relief.

"It literally has paid off, and now I’m a political advocate forever for the restaurant industry," Samson said.