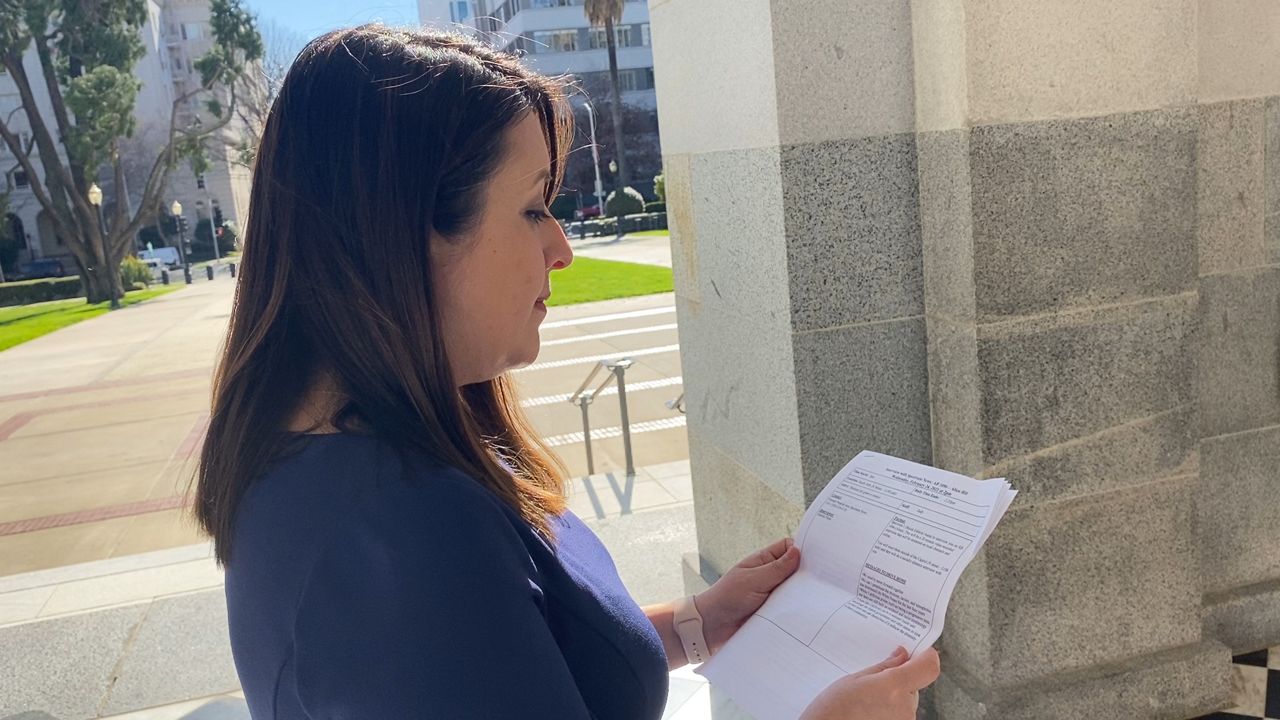 SACRAMENTO, Calif. — A California lawmaker wants to ban the term “alien” from all state laws. Assemblymember Luz Rivas, who represents the San Fernando Valley, says she was inspired by President Joe Biden’s announcement about removing the word from the country’s immigration laws.

“As a Latina lawmaker, I feel like I have a huge responsibility to my community. I represent a district that is majority Latino, and so this is something that’s going to make a difference for them,” Rivas said.

In January, President Biden said he wanted to replace the word alien with "noncitizen" in all U.S. immigration laws. Rivas’ legislation, Assembly Bill 1096, would eliminate the term from all California laws, including education, military, and penal codes.

“When I hear alien, I feel like it’s an offensive term. Typically, an alien means someone that’s not from this Earth, that’s not human, and we know that that’s not the case when we’re referring to immigrants,” Rivas explained.

Rivas explains words like alien have been known to trigger hate crimes in the past. By introducing this bill, she hopes to help change the way people refer to the undocumented community.

“When people hear 'alien,' they don’t think of people that are contributing to our society, that are paying taxes, that are opening up small businesses in our community,” Rivas added.

The assemblymember is the daughter of immigrant parents and says the way the state refers to undocumented people is deeply personal to her.

She vividly recalls the first time she felt uneasy about the word alien was when she was watching her mother go through the legal process to citizenship.

“My mom was an undocumented immigrant until I was 15-years-old, and I remember when she first got her green card, it said resident alien,” Rivas said. “It made me feel that she went through this process to become a legal immigrant, and she still doesn’t belong here. I felt that that’s the message she was being sent when she received her green card.”

The term alien was first introduced in the California Legislature in 1937. In 2015, alien was replaced with noncitizen in the state’s labor code, but the word still exists in other parts of California law.

“This is now a time to move forward, a time to heal after the past four years under President Trump that he himself would use these terms and so I really hope our country moves forward,” Rivas added.

If passed, the assemblymember hopes her bill will help more people in California see everyone as human beings, regardless of their legal status.

“Using the antiquated, xenophobic term ‘alien’ to refer to an immigrant has no place in California. Nearly 11 million Californians were born outside of the United States, and we are proud of that fact. It’s time we get rid of this dehumanizing, alienating language in California Code, and replace it with a term that gives the dignity to our immigrant population that they deserve,” Senator Maria Elena Durazo, Chair of the California Latino Legislative Caucus and one of the bill’s co-authors, said in a statement.