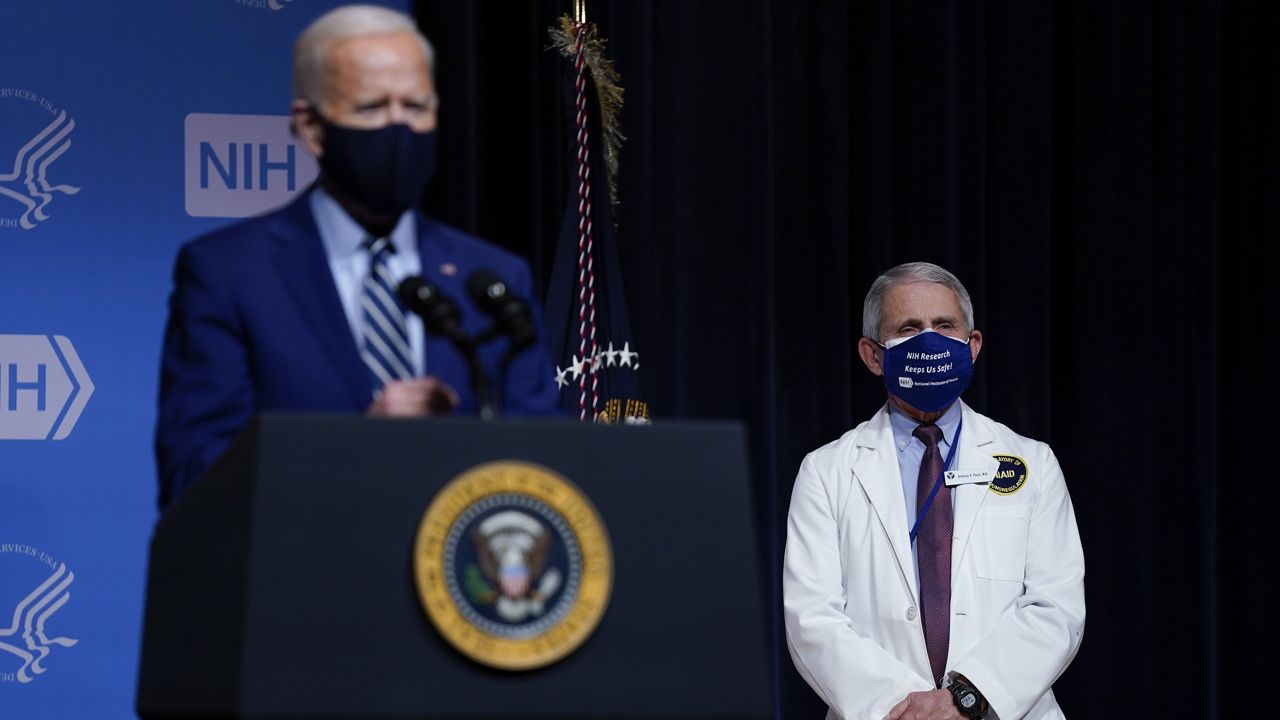 With a new administration at the helm of the coronavirus pandemic in the United States, Dr. Anthony S. Fauci, director of the National Institute of Allergy and Infectious Diseases, tells Inside the Issues he hopes politics can become less involved in people’s attitudes about public health measures.

He said he is disappointed that so many people see the COVID-19 outbreak as fake news, but hopes the example to wear masks led by President Joe Biden and his team will be the example the American people need to take the virus more seriously, as opposed to the messaging from previous President Donald Trump.

“When people have mixed messages, particularly about things that are controversial and that have a political tone to them, like masking being an expression of a political ideology, almost you wear a mask if you're in this political camp, you don't wear a mask if you're not. I think if people see a consistency of messages coming from above, and above means the highest authority in the land — the presidency, the people surrounding the President — I don't think you’re going to win everybody over by any means, but I do think by example you might gradually, over time, convince people that this is the right and accepted thing to do,” he said. “It’s not going to be like a light switch turning on and off, that's for sure. It's not going to happen overnight. But I'm hoping that we'll see a gradual leaning towards an acceptance of pure public health measures and dissociate public health measures from any political ideology.”

Part of the difficulty in getting some to follow public health measures is because of how diverse the country is, he explained, and politics are playing a huge role in that.

“If everyone was uniform like you have in Finland and in Sweden and places like that, it wouldn't be that kind of extraordinary diversity we have, not only culturally and demographically, but politically,” he said. “You have people who believe that this outbreak is a hoax and it's fake news. So, trying to educate them sometimes is going to be a bit frustrating.”

The U.S. Centers for Disease Control and Prevention (CDC) issued an order last month requiring the use of face masks on most forms of public transportation including ships, planes, buses, taxis, and more.

Dr. Fauci said mandates like these can come with some resistance, but he agrees with the mandates.

“There’s the danger when you try to enforce that people will push back more because you're enforcing. So it's a very difficult situation that you have to really take it almost on a region-by-region, state-by-state, city-by-city, way,” he said. “You have to have some degree of enforcement if people just are not abiding by the public health rules and sometimes moderate and limited enforcement.”

Dr. Fauci also commented on California Governor Gavin Newsom’s rollbacks of restrictions in January saying, “I would love to chat with him and find out what he had in mind because I’ve spoken to him a couple times about his strategy for the state,” to hear why he made those rollbacks.

“He clearly has a reason, which means he’s balancing something. He’s balancing a risk against what he feels is a reasonably good reason why to do it,” he continued. “So, I’ve had enough conversations with him to respect his judgments. So, rather than give a ‘in a vacuum’ evaluation publicly, I would love to chat with him and see what the reason for that was.”