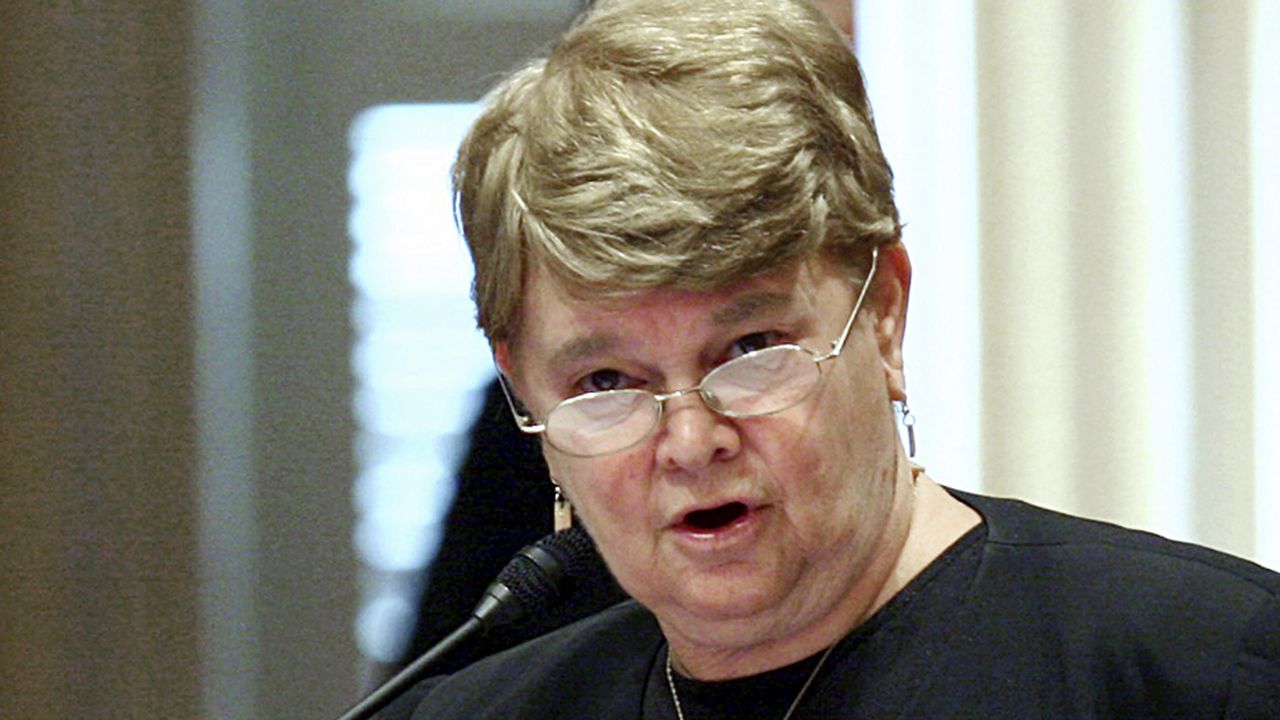 Los Angeles County Supervisors recently decided to ban outdoor dining for three weeks after being advised by L.A. County Public Health officials that actions should be taken after the county began to see an increase in coronavirus cases.

On November 24, L.A. County Supervisor Sheila Kuehl voted in support of the ban, and later that day was seen dining out at one of her favorite restaurants, Il Forno Trattoria, in Santa Monica, causing public outcry.

Kuehl tells Inside the Issues she’s been eating at the restaurant at least three to four times a week since 1986 and her visit that night was “to say goodbye for a while.”

“They’re a neighborhood restaurant, two blocks from my house, and the neighborhood is very supportive of them,” she said. “But when it became clear that this order was going to be issued, because we had reached, very quickly, a very high threshold, I went back for one last time to tell Joseph and Michael and my friends there that this was really a hard decision.”

“That's the best part of my home. I eat dinner there so much and I miss it and I understand how people are really sad to let go of it,” she said. “But, you know what? We are all in this together and unless we do it together and stop sniping at each other, we are not going to get through it and the restaurants can open up faster if we work together on it.”

Kuehl said the Board of Supervisors’ proceeded with the ban after the county reached new heights of more than 4,500 cases. The number of new coronavirus cases reported in L.A. County reached just over 7,500 today.

.@SheilaKuehl says letting go of eating out is hard, but it's necessary to help control the spread of COVID-19.

"Unless we do it together and stop sniping at each other we are not going to get through it and the restaurants can open up faster if we work together on it." https://t.co/Tp4Rj1M9HI pic.twitter.com/3fTv9WVTIh

“We've also doubled our hospitalizations and though we're not running out of rooms, we are running out of the ability to check people in because it takes personnel, and our personnel, as you know, are completely overwhelmed and there’s no extra to borrow from other states or counties,” she explained.

The Supervisors also implemented a new safer-at-home order, which went into effect yesterday, and though it does not shut down most businesses completely, it limits their occupancy and lasts until at least December 20.

“The restaurants, of course, are all going full bore on their delivery and take out, which is what they were doing in April and the beginning of May,” said Kuehl. “So, trying to allow people to make a living, but more importantly trying to keep them from getting sick and dying.”

The decision to place the restrictions was not easy, knowing restaurants have poured money into accommodating the outdoor dining including heaters, Wi-Fi, masks, and more, to continue operating.

“I don't think those investments will be in vain because they will open up again. I think we will bring the cases down if we do the right thing and we will be able to eat outside again,” said Kuehl. “I just don't see why people don't understand how important it is to continue to engage in limitations until we get the numbers back down again.”

In response to the backlash, Kuehl said it’s nothing new.

“I was the first openly gay person elected to the legislature and I got many death threats, lots of voicemails about — well, I won’t even repeat the language,” she said. “I had to wear a bulletproof vest the whole first year that I was in the legislature, whenever I went out to speak. So, it is a dangerous job.”

“The harder thing is, bearing the brunt of having to decide between economic health and public health and we have erred, all five of us, on the side of public health because it is very hard to do without your paycheck but it is even harder to do without breathing and when your kids can't come in and see you when you lay dying, it is so different from anything we've ever faced,” she continued.

Many legislators have come under fire recently for being seen in public places after encouraging people to stay home and socially distance including Gavin Newsom who was recently seen at a party at The French Laundry in the Napa, CA area. Kuehl said those incidents are different from her visit to her neighborhood restaurant.

“You don't want to conflate going to a gathering, which was not really part of the rules like with households not your own, or traveling to Hawaii. You don't want to conflate that with going one last time to a restaurant that is still allowed to be open,” she said. “But, for me, I would rather talk about the larger issue, going forward. It's not just that we’re sniping at each other. It's that people are living in a magical world where they think that something they do is safe, some rule they break is safe and then their aunt gets sick, their grandmother gets sick, the kid comes home from school and infects somebody and they wonder why.”

“So I would say that if everyone takes this very seriously and does what is recommended in our health orders by our health directors we will all be safer. I am staying at home, I am doing takeout, I am not gathering with anyone who is not in my household, I did not go to my sister's for Thanksgiving, I'm not going to have the kind of party that I have for the holidays — at all. Not having anyone is a sacrifice for everyone and I thank everyone for it.”