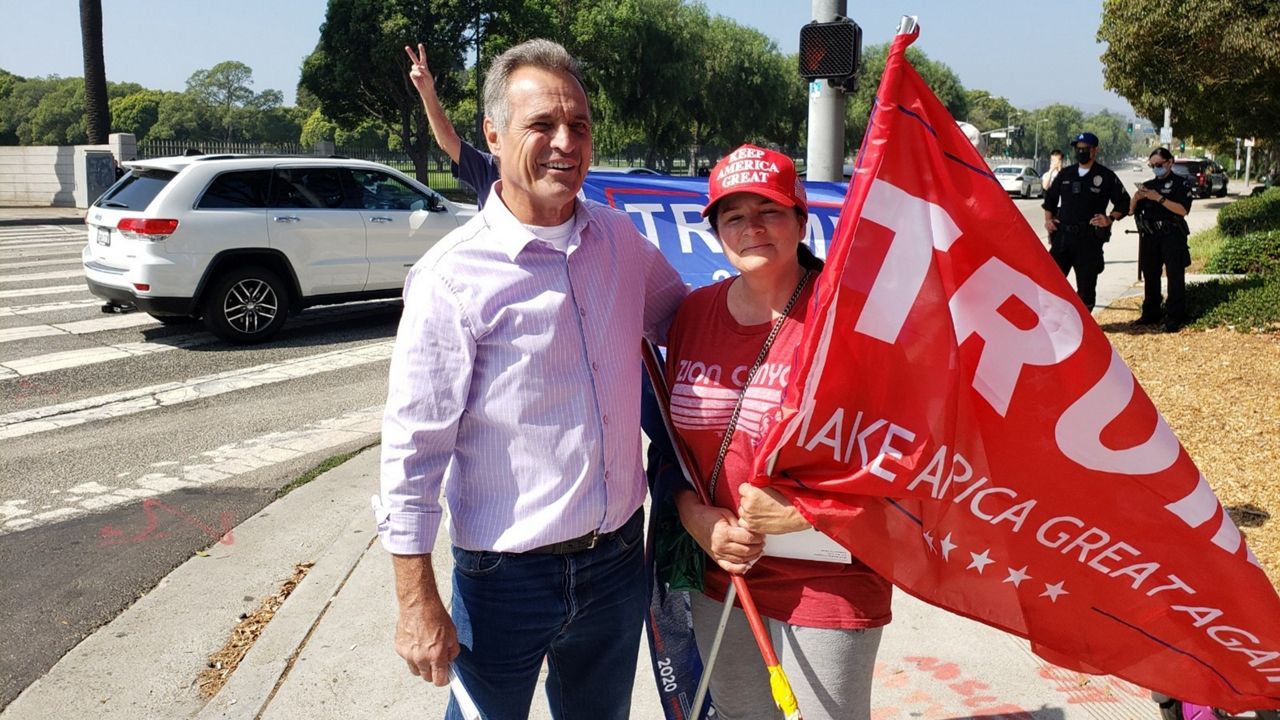 During the primary election in March, Reed got 22.7% of the vote, while his Democratic challenger Brad Sherman got 58.1%, according to Ballotpedia.

Reed was born and raised in the San Fernando Valley, which is encompassed in the 30th District.

In order to tackle the homeless crisis in the Valley, Reed said he’d create a 30-day triage center in cooperation with the city, county, state, and federal governments.

“After the third encounter with a police or law enforcement agency, the homeless individual will be given the opportunity to go to the 30-day triage center, or be arrested and still be given at the judicial process in court the opportunity to go to the 30-day triage center,” Reed said. “At the 30-day triage center, you will get a battery of testing for mental health, drug addiction. You will be given mental health therapy as well. You will be detoxed off of your drugs. At that point, you’ll be able to be matched up to different resources that are available through the city, the county, or the state. This way you’re no longer a danger to the current patients at these different facilities. You have now been detoxed, you've identified exactly what problems that you have.”

“Just leaving them on the street... what is happening now is not acceptable because it’s not humane,” he said.

Reed believes that these mental health facilities should be outside of the city limits in a more remote area.

"If you’ve ever dealt with anybody that has psychological issues, they cannot work or operate within the confines of society," he said. "We need to bring them outside of society for mental health, not just to get them out of people’s backyards, but for the mental health aspect of it, because there’s a lot of stress and strain from society and the workings on and the goings on of the community that actually adds to their problems. So you bring them out of that element in order to find that basic, base-line emotional and psychological balance that they have. Plus you need to do physical testing."

Reed’s brother was homeless, so this issue is personal to him.

“After coming back from the Vietnam War, he actually created a major chemical imbalance, which created his schizophrenia, which created the problems that he had," said Reed. "Once they were able to figure that out, they created a cocktail of medications for him, and it took awhile for this to happen. Now he works for the VA. He has his own apartment. He’s very functional in society. But it takes that real, one-on-one help. It takes an ability to find the baseline psychological or physical problems that the individual has to get them the help that they need. You can’t do that in wrap around facilities in a residential area in a small hotel that’s been converted into wrap around services. You have to have a real facility that’s going to narrow down the root causes of the problem or why they’re a homeless individual.”

.@MarkReed1776 is running to represent California's 30th Congressional District. If elected, Reed's proposal to solve the homeless crisis involves a 30-day triage center: "You will be given mental health therapy [and] you will be detoxed off of your drugs." pic.twitter.com/5UX8kkQTPE

Reed wants AB5 to “be repealed in its entirety.”

“Mothers Against Drunk Drivers don’t want to lose that service for individuals who happen to be out partying or at a local club," he said. "When they get drunk, they call up an Uber driver to be brought home. However, the AB5 goes way further than that, into the gig workers, into the 1099 freelance workers. It touches so many different businesses and vocations that it is very destructive in the economy... It’s very destructive right here in the San Fernando Valley. My opponent has taken it national. He wants a national AB5, which is going to destroy all the freelance workers’ and gig workers’ abilities to make a living. And that’s one of the things that we value and cherish is our independence to be able to go out, earn the living, bring the money home, and take care of our families. So I am a person against AB5. We need to repeal it. I would fight heavily to never let it go federal, never let it go national.”

If elected, Reed said he’s committed to serving the San Fernando Valley in its entirety.

“I’m not here to represent my party. I’m here to represent the 30th Congressional District, whether you’re Republican, Democrat, Independent — even if you’re not registered to vote. That doesn’t bother me. A congressman’s most important part of his job is representing the district that he has been elected to represent.”