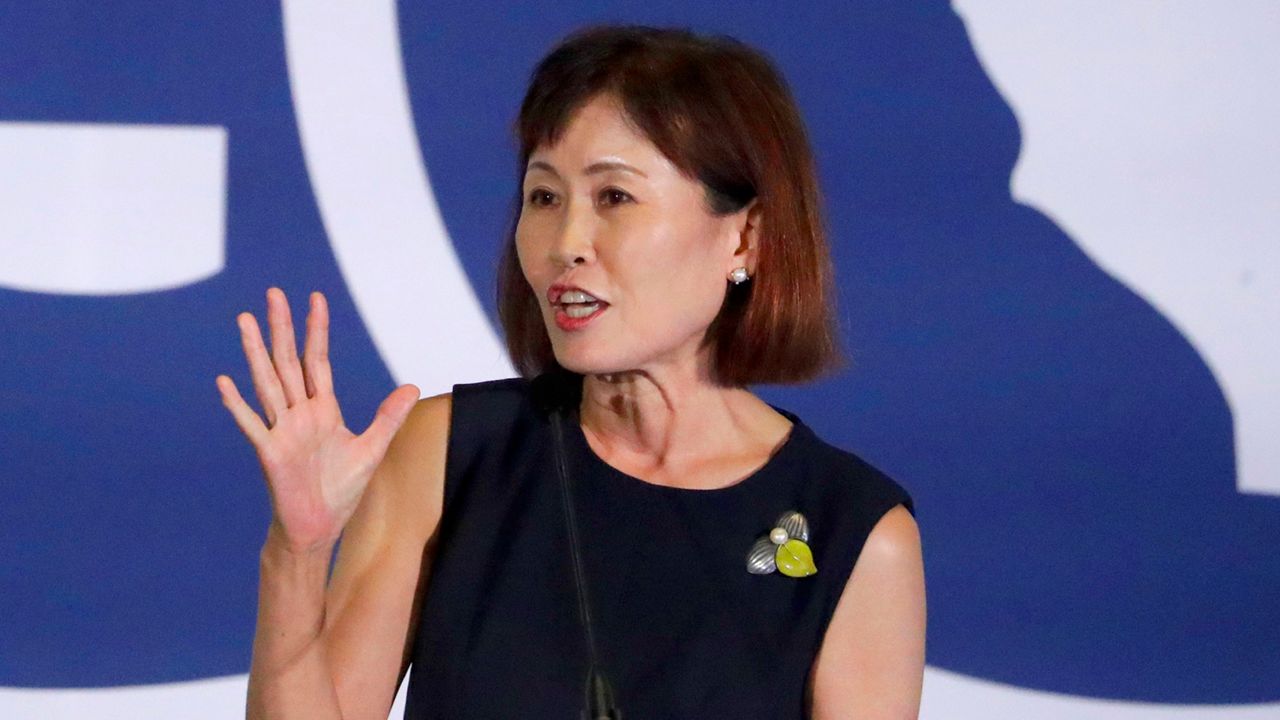 Republican Michelle Steel is running against incumbent Congressman Harley Rouda (D) to represent California’s 48th District. Steel is currently on the Orange County Board of Supervisors. In the primary election, Rouda got 46.7 percent of the vote and Steel got 34.7 percent, according to Ballotpedia.

“We really have to reform the immigration policy itself to begin with, but you know there are over four million people waiting outside, trying to come in here legally, so we really have to respect those people first,” Steel said. “Having said that, you’re talking about DACA. These kids when they came, they were brought by their parents or somebody else, and they didn’t know that they came here illegally. So you have to do something about it for the legal system. As long as they are hard workers, they go to school, and they didn’t commit any crimes, then you should give them a break there. That’s my immigration policy.”

Before granting someone asylum, Steel said the U.S. should screen them first.

“I know that there’s a lot of people just asking for asylum, but you really have to vet them first because you don’t know who they are," Steel said. "So before legally accepting or give them asylum, you really have to research their background first, and they’re going to be great American citizens."

Steel said she immigrated to the United States legally to attend college and graduate school. That’s why she believes that “we have to respect” people who are trying to come to the U.S. legally.

.@MichelleSteelCA is running to represent CA's 48th Dist. She supports legal immigration to the U.S. and wants to "give some breaks" to DACA recipients.

"I know that there are a lot of people just asking for asylum, but you know what, you really have to vet them first." pic.twitter.com/RKApDXGrWb

Steel would like to keep taxes low for Orange County residents.

“Well there’s two things. During the pandemic, over the last seven months, a lot of businesses were not really open. And a lot of times you are not just relying on sales tax or property tax for Orange County without raising taxes in Orange County, without emptying out our reserve, without laying off anybody. We did the conservative plan, and we gave enough funding for the Sheriff's department and social service agencies and healthcare agencies. That was very, very important. That’s one thing. You know what, I totally know the number and I know how to count,” Steel said. “When I was a Board of Equalization member, I was the one who actually returned over $400 million dollars back to the taxpayers. And I was the one who actually introduced the charter amendment. So you know what, it’s going to be hard to raise taxes in Orange County.”

“I was never, never against wearing masks. Let me make it very clear about that. The only thing was, our Sheriff came out and there’s no enforcement [or] mask police. So at the same time when there’s no enforcement, it should not be mandatory. That’s what I said,” Steel said. “And people know when it’s dangerous when they are in public. They are the ones wearing it. You don’t have to make it mandatory. That’s what I said.”

Steel said she will stand up for what she believes in, even if that doesn’t align with President Donald Trump’s ideas for the nation.

“Right now everything is partisan. You know what: I love President Trump’s economic policy. But at the same time, we have a lot of Vietnamese-American communities — one of the big Vietnamese-American communities are living in Orange County — and there’s a policy that they tried to deport some of the Vietnamese back to Vietnam. I came out against that. So you know what, I am totally independent. Yes, I’m going to vote for Trump. But, at the same time, when it’s wrong, or it’s not going to really help Orange County residents, I’m going to come out and stand very strong for that,” Steel said.